Film Review - The Killer Inside Me 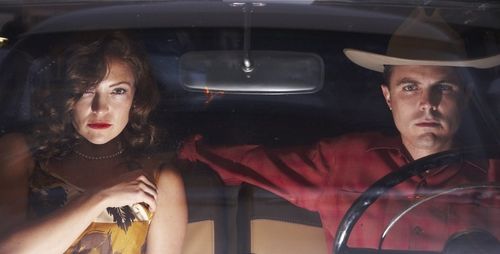 Deputy Sheriff Lou Ford (Casey Affleck) is a mild-mannered cop, patrolling the Texan streets of Central City with a kind but firm demeanor. Mixed up with a local prostitute named Joyce (Jessica Alba), Lou finds their sadomasochistic sex sparks something within him that’s been dormant for years. Scarred by his sociopathic impulses, Lou quickly indulges his appetites, beating Joyce to death while framing the hooker for the murder of a local construction magnate’s son. With rage developing beneath his calm appearance, Lou attempts to cover his tracks as the evidence against him begins to reveal itself, thanks to dogged investigative efforts from a local attorney (Simon Baker). Finding solace in the arms of loyal girlfriend Amy (Kate Hudson), Lou struggles to restrain himself, while his insanity urges him to kill again.

Winterbottom is a notoriously sketchy filmmaker (“Wonderland,” “The Road to Guantanamo,” and “A Mighty Heart”), but his heightened sense of irony and appreciation for gallows humor makes him an ideal choice to helm “Killer Inside Me.” This is troubling material painstakingly shellacked with a noir shine, slipping into the sweaty skin of our corroded protagonist as he narrates a protracted slide into a hellish hold somewhere between sanity and fantasy. Thompson’s exalted literary efforts appear appropriately preserved by the filmmaker, who launches the feature sideways, throwing a swarm of characters and motivations at the viewer without much in the way of desired lucidity, working to connect the pieces as the film unfolds, to isolate Lou’s surprise with his own actions. 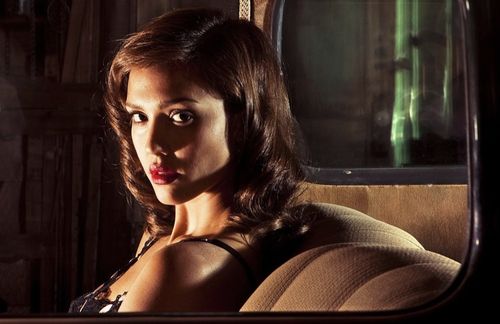 “Killer Inside Me” is a painfully paced feature film that doesn’t service the inherent suspense of the story, instead slow dancing with insanity, taking refuge in the pulpy elements. Winterbottom’s intentions are clear as day, looking to safeguard Thompson’s atmosphere and flashes of sadism, but the picture drags along as if asleep, not hypnotized -- a feeling encouraged by Affleck’s mumbling, inaudible performance. A marvelous actor when positioned accurately, Affleck is lost here under Winterbottom’s rambling rule, struggling to convey the turmoil of man raised in sexual violence who’s found his calling once again. Instead of a layered, sinister performance, Affleck is cold and immobile, drooling his lines, which does a fine job gumming up the exposition on occasion. The film’s notoriously violent outbursts (including extended, graphic beatings that would make Gaspar Noe either proud or aroused) are captured well by the actor, but the rest is lost to stares and slurring, deadening the impact of the character’s tortured journey into his own poisoned mind.

Winterbottom is better envisioning “Killer Inside Me” than he is executing it, surrendering a magnificently photographed picture of hot noir blood, but spoiling the tone by remaining so aloof and ineffective. Lou Ford should be a complicated, disturbing figure of malice and moral liquefaction, struggling with the evil that’s soured his mind. The director only submits up a faintly bewildering man with little expression, in a film barely motivated beyond its pulp trappings. 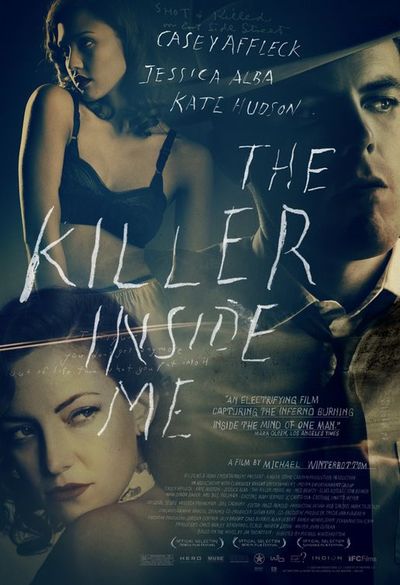