Blu-ray Review - When in Rome 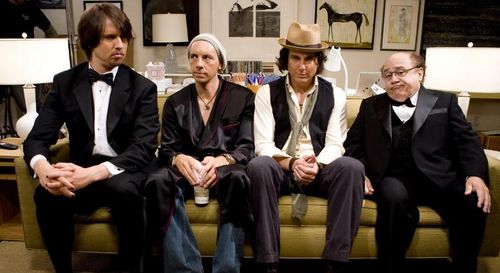 Movies don’t get much worse than “When in Rome.”

A harried curator for the Guggenheim Museum, Beth (Kristen Bell) doesn’t have much time for true love nor does she believe in it. Off to Rome to attend her sister’s wedding, Beth meets Nick (Josh Duhamel), a former college football star who was once struck by lightning. Finding chemistry with this new guy, Beth’s feelings change when a misunderstanding leads to binge drinking, sending the distressed young woman to an ornate Italian fountain, where she plucks five coins out of the water. Told that these magical coins represent the undying love of five men, Beth returns home to New York City only to find male model Gale (Dax Shepard), artist Antonio (Will Arnett), magician Lance (Jon Heder), and sausage kingpin Al (Danny DeVito) chasing her around, begging for love. With all these men out to win her heart, Beth worries that the fifth coin might actually belong to Nick, who’s come back into her life desperate for a relationship. 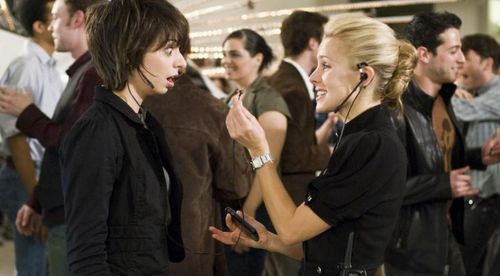 With romantic comedies, there has to be a certain amount of leeway given when critiquing the screenplay. It’s a genre rooted in magic and distorted human behavior, often finding the whole event elevated on a cushion of whimsy to best lasso audience approval. Illogic is rarely cause for concern. “When in Rome” snaps any potential leniency in two. It’s a film with a defective premise, a baffling one actually, and for reasons both mysterious and obvious director Mark Steven Johnson doesn’t seem to notice the story is completely nonsensical. Maybe he doesn’t care. After spending years cleaning up after comic book heroes, perhaps Johnson craved a low-wattage date movie to clear his mind (I’m sure a free trip to Rome didn’t hurt either), ignoring the fact that the lead character Beth is an implausibly irrational human being, and her conveniently moronic ways make the viewing experience excruciating.

Scripted with sitcom standards in mind by David Diamond and David Weissman (the duo behind “Old Dogs”), “When in Rome” leaps for the hoariest of comedy clichés and the most painful of lovesick confrontations. It’s a finger-painted script sorely in need of a director willing to subvert the obvious nonsense, but that man isn’t Johnson. Instead, the filmmaker leans into the garish slapstick and loathsome performances, imagining he’s some distant cousin of Carl Reiner. Johnson doesn’t know how to sell funny, so he plays everything in the most obvious, siren-wail fashion, deploying an atrocious supporting cast to volcanically ham it up while Bell blinks and fidgets (she’s not leading lady material) and Duhamel plays confused convincingly.

I mean, come on, Shepard, Arnett, and Heder? That’s a surefire recipe for a comedy disaster, and the actors are more than happy to live up to their wretched potential. Extra facepalm is reserved for actress Kate Micucci, here as Beth’s twit assistant, who acts more like an escapee from a psych ward than a plausible underling to filmdom’s least likely museum curator. Her twee Deschanelisms are insufferable. And speaking of intolerable, “SNL” star Bobby Moynihan pops up now and then to screech like a wounded monkey as Nick’s beer-swilling, improv-silly BFF, tearing around the frame as if there wasn’t even a director on-set. And speaking of the possible absence of a director, Keir O’Donnell is here to steal precious minutes of your life as a poker-obsessed priest, rocking some serious eye bulges and a broad Chef Boyardee accent in an effort to register as “funny.” 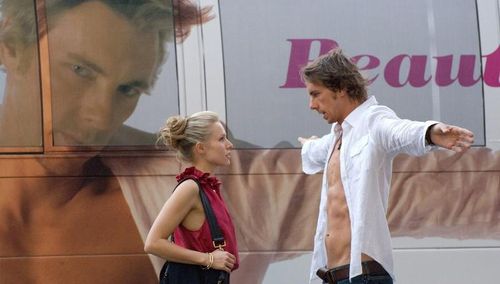 The AVC encoded image (2.35:1 aspect ratio) preserves the golden cinematographic intention of the film, which provides a glow to the Roman antics to submit a proper romantic mood. The haze doesn’t pull the detail out of the presentation, with good facial textures and an easy read of set design particulars. Colors are dramatic and pointed, with yellows and reds making a divine impression, while skintones hold their original appeal without blending into the background. Shadow detail is consistent, useful during dark interiors and evening sequences.

The 5.1 DTS-HD sound mix provides a full sonic experience, with heavy emphasis on slapstick acrobatics and soundtrack selections, which retain a proper punch of low-end beats to help the movie bounce along. Directional activity is better than expected, assisted by the madcap antics and a sequence set inside a “dark” restaurant, which allows sound effects to lead the way. Dialogue is easy to discern, mixed well with scoring cues and assorted background business. While it goes big to make a few energetic points, the track is purposeful and rich, gracefully buttressing the visuals. French and Spanish tracks are included. 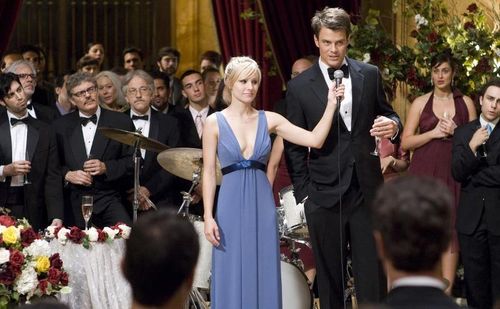 “Alternate Opening & Ending” (7:17) includes Beth‘s first-act encounter with a drunk partygoer and tough security, and a last-act gag with a mummified Jon Heder.

“Crazy Casanovas: Mischief from the Set” (12:28) is a making-of featurette, interviewing cast and crew about their experiences on the set and how well they interacted with one another. At one point, Kristen Bell is described as having “the body of a young woman and the soul of the Marx Brothers.” That’s exactly that type of promotional gobbledygook being served here.

“Extended Pain with the Suitors” (2:39) is actually the original title of “When in Rome.” I kid, of course. The supplement consists of three brief deleted scenes with the smitten boobs as they participate in an art installation.

“Kerplunk! Bloopers from Rome” (3:07) is a dreary affair, showcasing tired mix-em-ups from the cast as they deal with faulty improvisations and props.

“Deleted Scenes” (7:45) bring around more hysteria for Beth as she attempts to reverse the curse and juggle male advances, offers more sexual forwardness from Al, extended mummification with Lance, spies a naked lady painting of our heroine, and includes a brief scene with the suitors as they submit a few more jokes.

“When in Rome” closes with a tiresome break-up-to-make-up scheme, but at that point it’s just salt in the wound. The film has already arranged scene after scene of predictable, monumentally unimaginative moments, why not climax with a slapstick structure included in every other romantic comedy? Johnson and the screenwriters don’t seem to care about the dire routine of their picture, so why should you even bother to see it? In many ways, you already have. 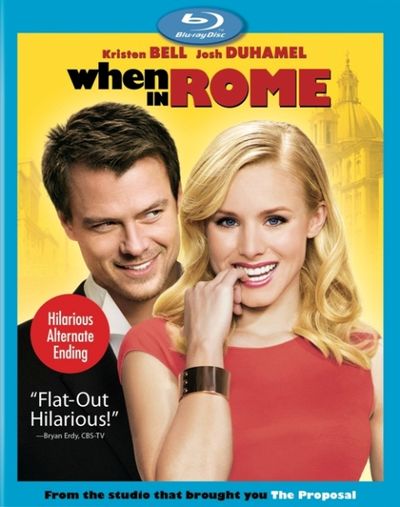