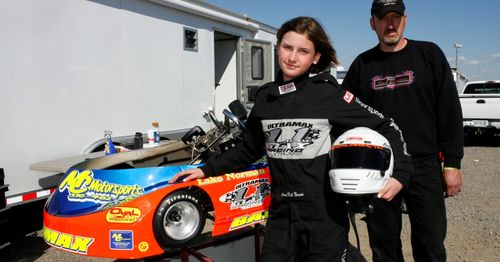 For the uninitiated, Karting is a pastime for weekends, encouraging a feeling of goofball abandon as rusted metal machines burn around a tattered track, with thrills and laughs the ultimate reward, not necessarily the glory of finishing first. However, there’s a subculture that takes the sport of Karting as gospel, using the tire tracks laid out by the World Karting Association as a guide toward a career in NASCAR, with a gifted few hoping to drive alongside the miracle men of the league.

“Racing Dreams” is a documentary surveying the spirit of these pre-teen drivers, children who’ve devoted their young lives to Karting, traveling all over America to compete in the National Series -- often described as a little league for professional drivers. We meet hotheaded Brandon (age 13), champion Josh (age 12), and outsider Annabeth (age 11), three southern kids who dare to dream of a future in NASCAR, where their lust for the wheel might pay off with a circle of eager sponsors and flashy media attention. 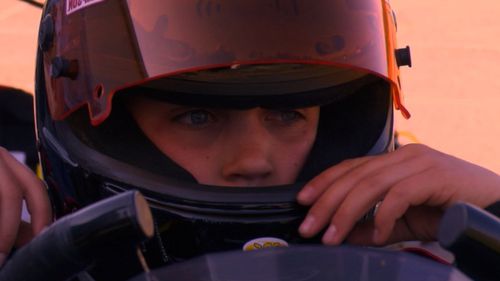 Directed by Marshall Curry, “Racing Dreams” is a startlingly gripping demonstration of youthful dedication, set against a troubling backdrop of competition and turbulent hormones; making life on the track at speeds up to 70 mph feel easy as pie compared to the war at home, where the families face mounting bills, flaky parents, and cross-country trips to support an uncommon passion.

The core of the documentary isn’t about the speed achieved, but the mentality of the participants, who have arrived at an age when fun often morphs into bondage, especially for anyone not entirely sure that NASCAR is the dream they’ve always wanted. Curry has a delightful range of personalities to survey; three kids with unique perspective on the Karting obsession, who’ve embarked on the National Series at pivotal moments in their lives. For Brandon, the journey to the winner’s circle is fraught with difficulty emerging from his own issues with anger, a deadbeat father, and a future without the necessary funds to continue on the driving path. Josh is the rehearsed champion, studying the moves of the NASCAR stars, practicing not only his track presence, but his media savvy as well. Annabeth is the rare female in the sport, caught between family enthusiasm for Karting and her burgeoning femininity, manifesting itself in peer pressure and a flirtation with Brandon. 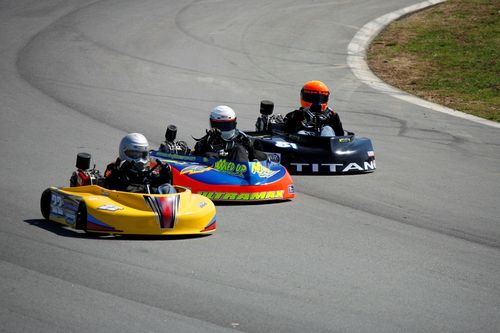 The five races that make up the National Series form the spine of the documentary, capturing the nail-biting turns of fate and skill that ultimately decide who takes the next step toward NASCAR. The more intriguing aspects of the picture are found at home, where Curry’s cameras capture primal juvenile behavior from the trio as they struggle with the demands of their aspirations. It’s poignant material, especially with Brandon, who has a strenuous relationship with his behavioral problems, a bad situation inflamed by the reappearance of his absentee father, which tears the boy further. The kids are outstanding subjects, unpredictable and honest, displaying an enchanting sense of self for the camera that provides a distinct snapshot of genuine drive smashing into a wall of adolescence.

Marvelously shaped and sharpened by Curry, and teeming with concentrated racetrack suspense, “Racing Dreams” is a splendid picture that sincerely digs into the various forces that drag this specialized four-wheeled ambition along (whether it likes it or not), one lap at a time.