For some, parenthood is viewed as a prison, with pregnancy often regarded as an unwelcome surprise that derails life, leaving the mother with little in the way of options for the future. For others, parenthood is an elusive dream, with infertility wreaking havoc on domestic plans, placing insurmountable stress on brittle familial relationships. “Mother and Child” examines the sensitivity that surrounds the game of pregnancy, and how the adoption process can pervert the miracle of life into a stab of paralyzing insecurity. It’s not an easy film of righteousness, but a trembling drama, with more venom than anticipated, salvaged by a few outstanding performances.

Giving up her daughter for adoption after a teen pregnancy has left Karen (Annette Bening) devastated for the last 37 years, dealing with a hole in her soul aggravated by a frosty relationship with her own mother. Lucy (Kerry Washington) is a neurotic mess, hoping an adoption will help balance out her marriage after years of infertility have pushed her husband away. Elizabeth (Naomi Watts) is a hard-nosed, control freak lawyer who’s engaged in an affair with her boss (Samuel L. Jackson), which soon results in a pregnancy. With a history of abandonment issues, Elizabeth plans her customary getaway, only to face patterns in her own life that prompt her to seek out the woman who gave her up for adoption. 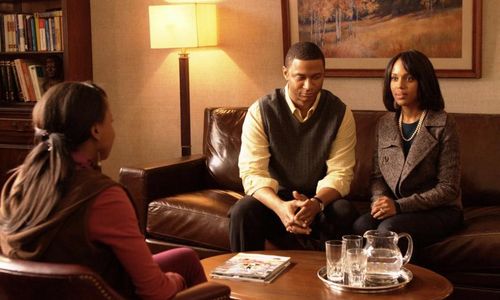 Written and directed by Rodrigo Garcia, “Mother and Child” follows a similar storytelling template found in the filmmaker’s previous works, “Things You Can Tell Just by Looking at Her” and “Nine Lives.” It’s a multi-character piece with plenty of connective tissue, weaving together a representation of motherhood, with all of its disappointments and tragedies, interlocking a story of women facing some of the most painful decisions of their lives. It’s not a comforting motion picture or all that delicate, as Garcia hopes to dig into the lasting pain of separation to best value the miracle of connection.

These are hard women, scripted by Garcia as bold personalities who don’t take kindly to outsiders. The point of control is most pointedly made in the characters of Karen and Elizabeth, who’ve developed a bubble of social restriction that keeps the world away. Elizabeth’s a cold-blooded user, raised to provide only for herself; she’s trained to leave town when relationships become intimate, leading a nomadic lifestyle that shields her fear of desertion, making control the ultimate position of power. Karen’s completely lost her ability to socialize, unable to cope with a decision made decades ago, keeping her from accepting the advances of a friendly co-worker (Jimmy Smits) or confessing her sins to her dying mother. These are difficult emotional spaces to communicate, which makes the performances from Bening and Watts all the more impressive. The actresses provide Garcia with a profound sense of emptiness, which permits the script to feasibly create a winding road of recovery that feeds smoothly into the second half of the picture. 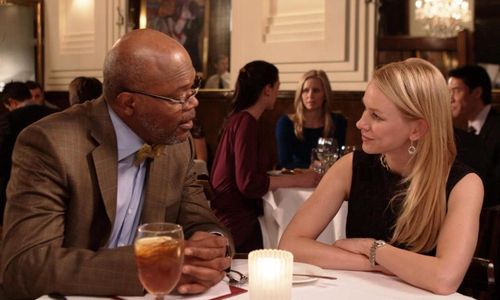 Lucy’s story is treated with less dimension, relying on Washington’s aggressive tic-crazy performance to carry harsh psychological weight. Further damage is caused by Shareeka Epps, here as a pregnant 20-year-old student shopping around for an ideal parental unit to pass her unborn child to. Epps plays the role with too much arrogance and steely intimidation, leaving Lucy’s manic devotion to the brash youngster implausible, even for a woman in the blizzard of babyfever. The subplot falters in a major way.

“Mother and Child” is pushy with melodramatics from time to time, trying to cover a range of characters and motivations with shorts bursts of exposition, leaving the film a bit lopsided and overlong (Elizabeth’s interaction with a blind neighbor is a preposterous waste of time). Also unnerving is Garcia’s troubling view of adoption, which doesn’t always end in successful placement (a needed jolt of realism), but he remains unfortunately pessimistic about the process, which, to this picture, equates needful mothers to godless, emotionally crushed ghosts of femininity. The feature ends on a sour note of convenience to bring the characters full circle, but as a whole, “Mother and Child” is a mildly effective foray into a cinematically underrepresented topic -- a rickety journey, but a necessary step. 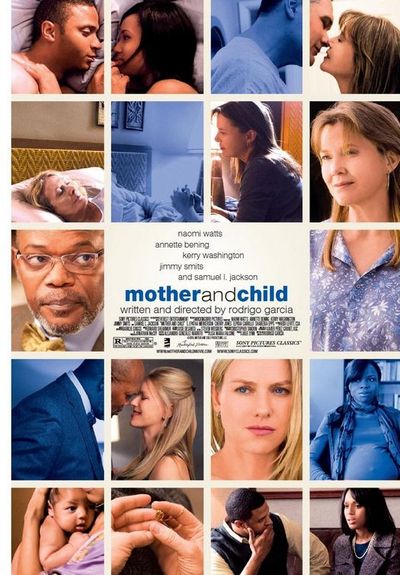