Throughout his entire career, filmmaker Jean-Pierre Jeunet has been compared to Terry Gilliam, as both men share a love for the absurd and the angular, while nursing an obsession for extravagant details. With the farce “Micmacs,” Jeunet surpasses Gilliam in both design and execution achievements, staging a ripping tale of revenge and oddball relations in a markedly French manner, shaping one the year’s funniest imports, further cementing his reputation as a maestro of unconventional entertainment.

Losing his father to a landmine as a boy, Bazil (Dany Boon) has practically raised himself, finding solace in a video store job in Paris, spending his time ingesting classic films. When a street shootout drills a stray bullet into his brain, Bazil is taken out of commission for months, left with a scar and an amazing sensitivity to the world around him. Now homeless, Bazil is taken in by a group of accommodating junk farmers (including Jeunet stalwart Dominique Pinon), who work clandestinely under a pile of garbage, fixing up the scrap left behind in order to return it to the world. Joining this group of outsiders with specialized skills, Bazil is soon distracted when he comes into contact with the weapons manufacturing company that built both the landmine and the bullet in his brain, compelling the Frenchman to conduct a massive plan of revenge on two top executives, helping to rid the world of killing machines and heal his troubled heart. 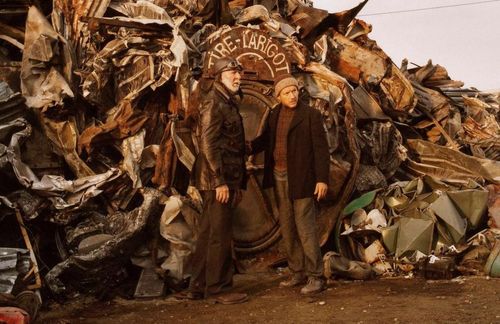 It’s been nearly six years since Jeunet last saw the inside of a movie theater, overworking his obsession with fate in the 2004 drama “A Very Long Engagement.” The “Amelie” director typically takes his time between movies, but the extended break seemed uncharacteristic, and “Micmacs” has the appearance of a filmmaker who was more than ready to release his wiggles. A buoyant take on his preferred universe of eccentrics, while soaked in the influences of classic film (cradled by recycled bits of scoring from Max Steiner), “Micmacs” is a colorful puzzle of a picture, twisting through oddity and tomfoolery to form a feature of consistent laughs, yet delicate enough to approach touchy social issues without slashing its pace.

Armed with a full canister of whimsy, Jeunet turns on the high beams for this picture, imagining a community of gifted shut-ins who’ve found no comfort in society, brought into the junk world to assume a brighter purpose. There’s a strong man, a writer, a human calculator, and an amazing contortionist (Julie Ferrier) at Bazil’s disposal, all eager to help their new friend thwart the evil deeds of the executives, one of which ghoulishly collects parts of famous historical figures (e.g. Marilyn Monroe’s tooth, Winston Churchill’s fingernail clippings). “Micmacs” is primarily made up of silly reconnaissance missions and sleuthing, with our hero barely able to stay one step ahead of the enemy, necessitating a group effort to bring down the warmongers.

“Micmacs” has a lovely silent comedy ambiance that puts Jeunet in the mood for slapstick and feats of pure magic. The joy of the picture is found in these bends of reality, which occasionally require the participation of human cannonballs and unbelievably crack timing, while the director keeps matters in a cheeky R-rated realm to swat away any undue sweetness -- one potent distraction requires the services of a local porn star. Just watching Bazil and company in the midst of their schemes is worth the price of admission, displaying Jeunet’s gift for visual precision and his fizzy sense of humor. Matters morph into a cartoon on occasion, but Jeunet keeps the “Micmacs” engine running comfortably smooth for the entire journey.

Enlivened by a vivid, gifted cast (Boon’s a charming lead, but Ferrier steals the film), “Micmacs” heads to many peculiar areas of conflict, supported by a stupendous technical effort from the crew. Yet, as bizarre as the feature is, it retains a heart, demonstrated wonderfully in the final act, as the gang makes one last impression on their trembling targets. Comfortably zany and always striking, “Micmacs” elevates Jeunet to a solid plateau of idiosyncrasy and, unlike Gilliam, proves he’s a director with an ability to control his impulses. 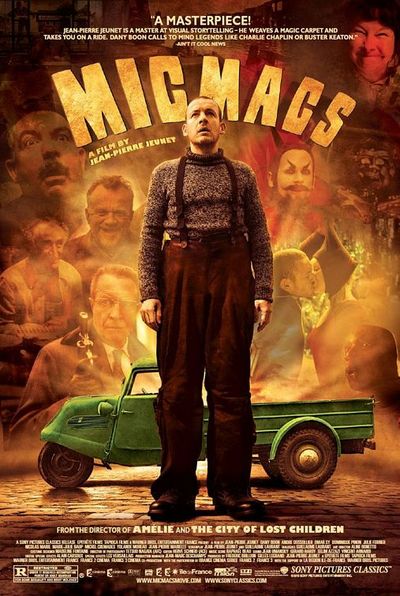