“Saturday Night Live” has produced several peculiar motion pictures based on popular skits over the last three decades, but nothing has been more unlikely than a feature film pulled together from the likes of “MacGruber.” A spoof of the popular ‘80s adventure series “MacGyver,” “MacGruber” started life as brief nuggets of absurdity airing between skits, rarely lasting more than a minute at a time -- hardly the foundation for 90 minutes of action cinema satire. Against all odds (including a studio fearful to show the film to the press), “MacGruber” actually snaps together quite agreeably thanks to a thunderously filthy screenplay and a game cast, who heroically taffy pull a slender concept to a pleasing consistency of comedic madness.

Supervillian Dieter Von Cunth (Val Kilmer) has stolen a particularly phallic nuclear missile from the Russians, with plans to sell the destruction of America to the highest bidder. With Washington in a panic, the nation’s only hope is MacGruber (Will Forte), a super-soldier with the amazing ability to turn any household item into a deadly weapon. Convinced to emerge from retirement to exact revenge on his archenemy, MacGruber recruits Lt. Dixon Piper (Ryan Phillippe) and object of lust Vicki St. Elmo (Kristen Wiig) to join his team, setting out to thwart Cunth’s evil plan. However, the path to glory is fraught with setbacks, leaving MacGruber to doubt his abilities at a time when his country needs him the most. 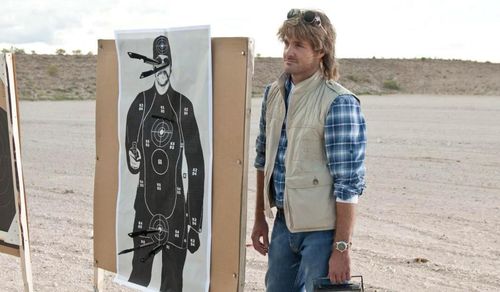 The character of MacGruber was already something of a weirdo on the small screen, placed into high-pressure situations where he generally disregarded any ticking bombs to unfurl his personal problems. Anchored well by acquired-taste Forte and his weekly job to creep out the room on “SNL,” the “MacGruber” shorts were never belly-laugh funny, and were most certainly not the ideal bit to mold into a big screen adventure.

In a pleasant surprise, director Jorma Taccone (a member of the Lonely Island comedy group with Andy Samberg and Akiva Schaffer) guides the iffy property wonderfully, capturing Forte’s insanity with eye toward good-natured bawdiness. Imagining “MacGruber” as an action bonanza pulled from the Cannon Films heyday, Taccone is able to find something substantial to hang the character on, turning the mulleted one into a Chuck Norris figure of vengeful rage, with only his monumental stupidity, butterfingers, and inability to properly deduce danger holding back his brilliance. The formula is handed a suitable layer of absurdity and anachronistic visual gags to give it laughs, but Taccone finds a stunning amount of mileage here, throttling the character’s runaway spirit to delicately pick and choose from the delightful vulgarity contained within. 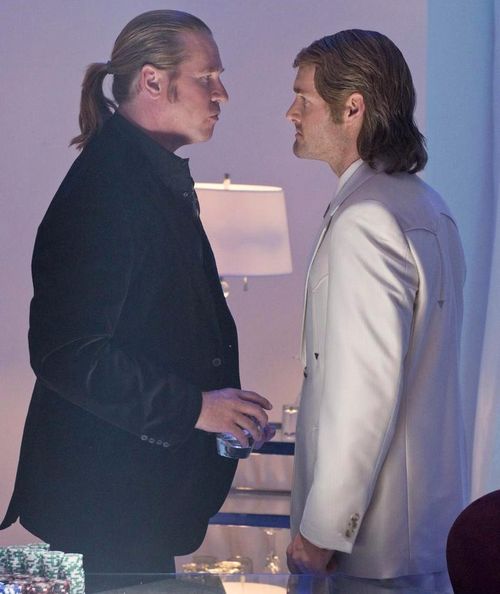 “MacGruber” isn’t exactly an intellectual exercise, it’s a big stupid movie with a bright presentation (colorfully filmed by gifted cinematographer Brandon Trost), merrily detailing our hero’s epic buffoonery. Taccone doesn’t always score laughs, but he sustains the film’s merry attitude for the duration of the picture, keeping a tight pace, while revealing a comfort with actors that relaxes the film. Forte is a force of nature in his signature role, giving the audience exactly when they expect from MacGruber: celery-decorated nudity, a taste for ripping out throats, and extended orgasms. Forte’s uncharacteristically amusing here, bouncing beautifully off the likes of Wiig (oddly shortchanged, but still a scream), Phillippe (charming and funny), and Kilmer (playful), while dancing through his own specialized moments of shame. The ensemble (which also includes the great Powers Boothe) sells the mood superbly, hitting only a few dead zones of indecision when the screenplay pauses to figure out its next move.

“MacGruber” is vulgar, but happily so, putting potty mouths to great use as Taccone explores the character’s perversions and teary desperation. The R-rating is welcome here, shaping a filthy funhouse environment to go along with the spurts of comedic violence, making “MacGruber” more of a rollicking good time than it had any right to be. 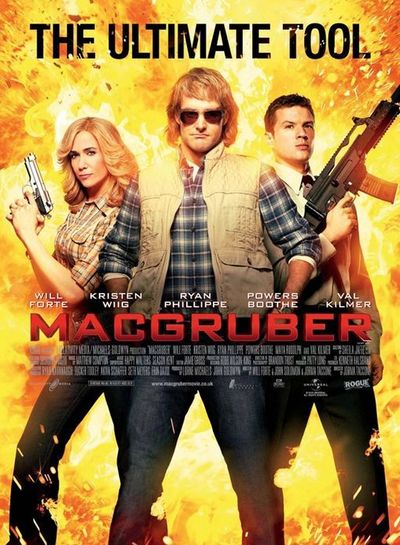