“Holy Rollers” embarks on a tale of drug trafficking that’s been sold time and again. There’s the innocent soul wandering into chemical trouble, corrupting his innocence and endangering his family, while learning severe lessons on the fragility of family and the torturous consequences of greed. However, the protagonist isn’t some streetwise kid or a suburban dolt, but a Hasidic Jew, which is the first of a few inviting twists and turns in this deeply flawed, but effective morality tale, based on a true story.

Facing a dressmaking job with his father that doesn’t interest him, the disruption of plans for an arranged marriage that he desperately wants, and an impoverished future, Sam Gold (Jesse Eisenberg) is looking for a change. Neighbor Yosef (Justin Bartha) is searching for such hunger, hooking Sam with an offer of big money if he babysits a few bags on a flight home to Brooklyn from Amsterdam, referring to the packages as “medicine.” Taking the offer, Sam quickly learns he’s a spoke in a massive wheel of ecstasy smuggling, immediately horrified by his actions, yet won over by the cash and the glimpse into sin provided by drug kingpin Jackie (Danny Abeckaser) and his floozy Rachel (Ari Graynor). Climbing the ranks while Yosef spirals downward, Sam finds himself at a crossroads between the faith and family that’s always comforted him and the freedom of a life lived affluently and immorally.

Based upon events in the late 1990s, “Holy Rollers” hugs tight to the standard fall from innocence playbook. Antonio Macia’s screenplay is structured in an Afterschool Special fashion, charting the rise and fall of Sam while pinning tails on every cliché imaginable. The predictability of the story can be discouraging, especially when director Kevin Asch is trying to whip up some design of suspense with Sam’s drug mule operation and flirtation with the devil’s business.

The true fingerprint of “Holy Rollers” is found in its setting, taking viewers into a tightly Hasidic neighborhood where everyone knows one another’s business -- a location pulsating with constant judgment. Raised in pure faith, surrounded by family at all times, and swallowing his sense of self for the betterment of the community, Sam’s motivations are cleanly drawn, allowing the film to assume a few melodramatic acts of passion without breaking apart. 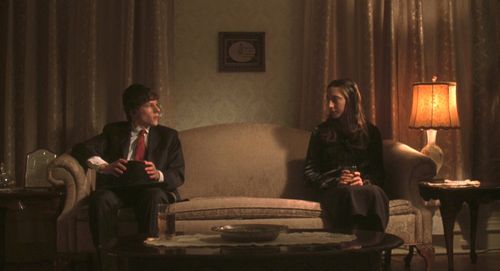 Sam’s guilt is almost worth second billing, acting as the weight on his shoulders as the character encounters a full blast of debauchery, which challenges his dependency on faith and his patience with those once held dear, including his frustrated father. Frankly, I’m not used to Jesse Eisenberg making a pass at actual acting (the man loves his tics and stutters), but Asch pulls a genuine performance out of him, highlighting the upheaval of a young man achieving worldly awareness while partaking in obvious evil acts. Eisenberg delivers big on those tortured moments of doubt and shame, and “Holy Rollers” is at its best when focusing on the moral turbulence within the character.

It’s not impossible to deduce where “Holy Rollers” is headed in its final act, especially to any student of drug-dealer cinema. It takes effort to overlook the predictability of the picture, but those who take the leap are rewarded with inspired performances and a rich sense of location, nicely peppered with a few euphoric techno anthems. It’s a faulty piece of a drama, but “Holy Rollers” has flashes of tumult few modern films dare to capture, successfully covering the frailty of the script. 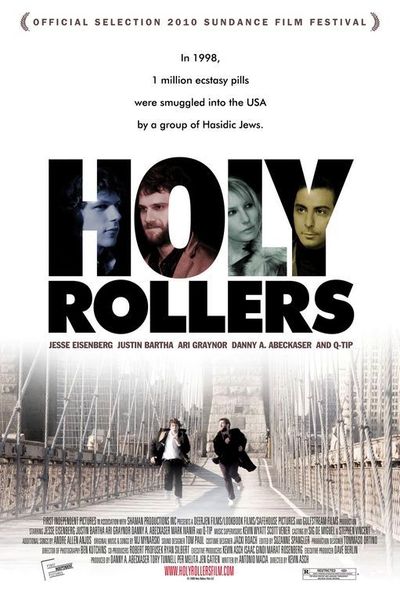