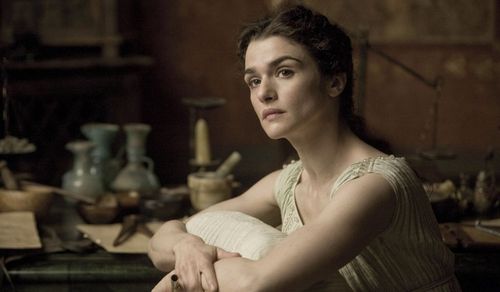 After a few feature films reflecting a more introspective side to his creativity, director Alejandro Amenabar kicks up some major dust with the historical epic, “Agora.” A large-scale investigation into religious hysteria, the film is a stunning spectacle, piloted by a filmmaker drawn to the frayed ends of human irrationality. It’s a complex story often trying to pass itself off as dumb, but for the more patient, “Agora” is something different, stepping into the battlefield of big bucks filmmaking armed with a few timely ideas, not just sword-wielding fury.

In Alexandria during the 4th century, Hypatia (Rachel Weisz) is an astronomer and philosopher eager to convey her enthusiasm for the cosmos to her band of students and her particularly inquisitive Christian slave, Davus (Max Minghella). As the Christians rise up to overthrow Pagan control of the city, Hypatia is forced to relinquish her status while Davus joins the opposing army, finding himself torn between his devotion to God and the affection he carries for his master. Years later, Hypatia has inched closer to her dream of understanding the mystery of Earth’s rotation, while a former student, Orestes (Oscar Isaac), becomes prefect, struggling to keep order as the city’s Jewish contingent clashes with the power-mad Christians. As another round of violence is about to erupt, Hypatia’s brilliance is declared blasphemy, forcing Davus back into her life. 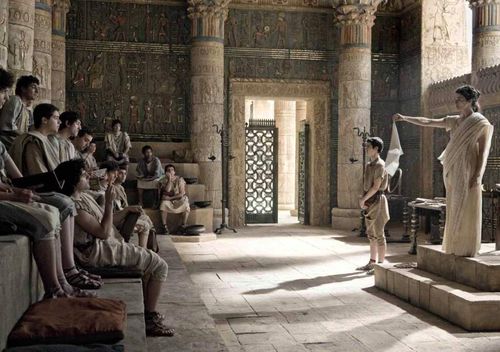 The director of “Open Your Eyes,” “The Others,” and “The Sea Inside,” Amenabar is somewhat new to the challenge of communicating the very turn of the planet. It’s quite a task to make philosophy cinematically engaging, but the filmmaking in “Agora” is inspired, balancing heated discussions of religious loyalty and sexual concentration with the developing understanding of Earth’s mysteries. It’s a war of education for Hypatia, who values the might of the cultured mind, thrilled with Davus and his interest in the solar system in the moments before their relationship takes a dark turn. The film abrasively contrasts the threat of enlightenment and theory against the wrathful superstition of organized religion, and how that combustibility could never coexist peacefully, much less in Alexandria during such a volatile age.

“Agora” is a talky picture, but never glacial. Amenabar is careful to work the verbosity into peaks of vicious warfare, as routine upheavals kept the city in a state of biblical panic. Once the film switches gears to grunts and bloodshed, “Agora” becomes a gorgeous technical exercise spotlighting refreshing restraint in action coverage -- Amenabar is interested in pulling back and allowing the viewer an opportunity to survey the nightmare from above, viewing the marauding armies as God would: ants killing ants in the name of their faith. There’s some truly exhilarating filmmaking to devour here. Tragedy is a major component of the screenplay, and the second half of the film chases a sinister tone of unjust conviction as Hypatia’s intelligence is perverted into heresy. Amenabar trades swords for stone-juggling condemnation, constructing a potent closer that does a phenomenal job enraging the viewer, offering a searing final act of sacrifice to underline the eternal destructive collision of faith and science. 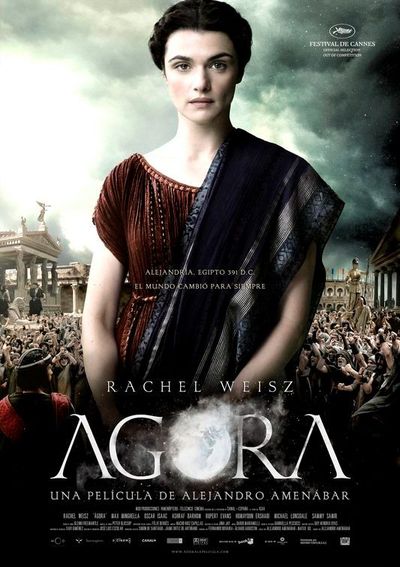 Glad you liked it, I kind of loved it - it's easily the best film of the year for me, and Weisz is just excellent - good review.