Stepping away from his medical practice, Jack Kevorkian (Al Pacino) was looking to help patients in a different fashion, frustrated with the suffering of the elderly and the terminally ill. Looking to end the cycle of prolonged agony, Kevorkian invented a makeshift suicide machine to assist those wishing for death, bringing along friend Neal (John Goodman) and sister Margo (an exceptional Brenda Vaccaro) to help with the particulars. As Jack gradually accepts new patients, his notoriety grows, making him a media star while local politicians struggle to legally shut down his operation. While his work stretches to over 130 patients, Jack decides to test his position by directly assisting in a suicide, thus turning his medical actions into criminal ones.

“You Don’t Know Jack” has a substantial amount of ground to cover with Kevorkian’s complex story, stepping into arguments of euthanasia and medical expertise, knowing full well how divisive the issues are to a large portion of the populace. It comes as a great relief to observe director Barry Levinson juggle the hot potatoes with poise, submitting a comprehensive directorial effort with renewed vigor, while sustaining a sense of peace. The Kevorkian name alone stirs up turbulent feelings and memories, but “You Don’t Know Jack” keeps to a rhythm of discovery and outrage that vibrates throughout the motion picture. It’s contemplative, not incensed, spotlighting “Dr. Death” as a man of passion and ego, who was so wrapped up in his efforts to bring euthanasia to the national conversation, he often lost sight of what was important in own life. 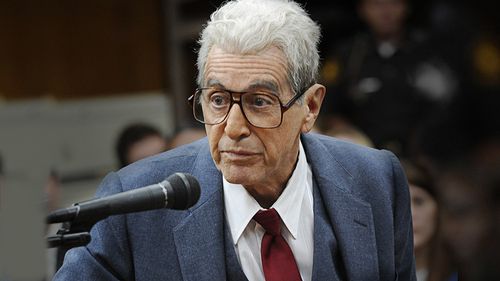 Adam Mazer’s screenplay ably compacts Jack’s years of service to his patients, spotlighting the torment and the aftermath with skillful ease, allowing the viewer an opportunity to monitor the grief and innate horror of the assisted suicides. These are heartbreaking moments of finality, enthusiastically welcomed by the infirmed as a way out of their bodily prisons, and Levinson stages these wrenching scenes of deliberation magnificently. The director provides a front row seat to these moments of aching evaluation, encouraging a torrent of troubling feelings and spiritual consideration that challenge the audience, as the question of playing God is laid in front of Jack with each patient.

“You Don’t Know Jack” seems more curious about the doctor than supportive, capturing his idiosyncratic ways and itchy relationships with friends and family. He’s a peculiar man of burgeoning celebrity, looking to get his message out to the public at large, but also drawn to the media coverage, which elevates his sense of theatricality as the legal tides turn against him. Jack’s an impatient scrapper, a ferocious artist (his paintings reflect a tortured soul, or at least one aware of provocative stances), and a firm believer in a peaceful descent into the afterlife. Pacino treats the role like a newborn, easing into Jack’s hunched frame and giant glasses to express a lifetime of grim observation funneled into a cause he refuses to abandon, even if it means hard jail time. Muting his roar and pinching his tics, Pacino becomes Jack. It’s an astounding act of mimicry and dedication, exploring Jack’s sympathies and his stubbornness, tracing his humiliations and regrets. There’s pride and doubt behind those eyes, which always elevates “You Don’t Know Jack” to gripping turns of fate, despite omnipresent news coverage and public awareness of Kevorkian’s legacy in the late 1990s.

While the story eventually grinds down to a meaningful last stand inside a bitter courtroom environment, “You Don’t Know Jack” remains a disturbing, significant picture, expressing a mind and a purpose coldly silenced before it was ever truly understood. 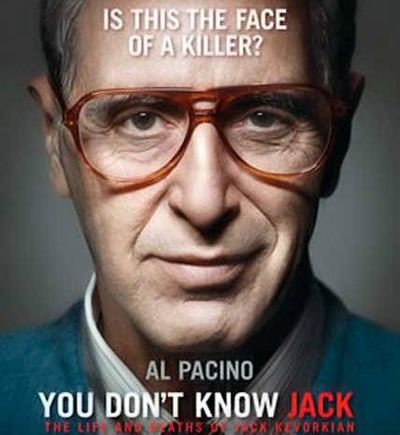