There’s a map that leads to unknown treasure out in the middle of nowhere and everyone is desperate to possess it. On the hunt are “The Weird” Yoon Tae-goo (Song Kang-ho), “The Good” Park Do-won (Jung Woo-sung), and “The Bad” Park Chang-yi (Lee Byung-hun) -- a trio of longstanding enemies not only questing for the map, but also a chance to make life hell for one another. Galloping off into the west, the men are forced to forge alliances and stab each other in the back as the map repeatedly changes hands, hoping to position themselves as the true owner of the hidden treasure as the secret location draws near.

“The Good, The Bad, The Weird” is an accurate title that captures the true colors of the lead characters as much as it describes the moviegoing experience. Director Kim Ji-woon has fashioned a furious picture that blurs the lines of period authenticity, designing a punk western for Asian audiences that plays dress-up convincingly. 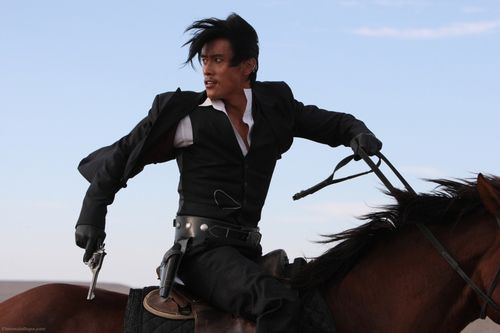 The filmmaker has clear affection for the western genre, but he’s arranged a more stylized shoot-em-up experience that goes beyond clanging spurs and bitter grudges. The action here is staged with awe-inspiring fluidity, as the trio race across the Eastern plains to seize the map, engaging in various gunfights and brawls along the way, one of which has Park taking to the air on ropes as a means to pick off his enemies from the sky. There’s a bigness to the mayhem that’s immensely pleasing, and Kim arranges rousing bouts of violence to give the tale a wonderfully threatening edge, which elevates the tension at hand.

The cast also rises to the occasion, slipping into their cowboy roles with a palpable relish and a dynamic poise. The script bucks a little too wildly with backstory, striving to lasso the trio together as an interconnected gang of brutes, but the players are perfect, digging into the western way with precise flair. It’s also a joy to see gifted actor Song Kang-ho back on the screen after successful roles in “Thirst” and “The Host.” He’s terrific with varied expressions of mischief and easily steals the movie.

In trying to mimic Leone’s style, Kim also pilfers the maestro’s taste for overkill. While not imposingly long (130 minutes), the picture does drag on further than it should, arranging an extended showdown ending that plays cutely reverential, but unnecessary. The fun’s thoroughly diluted by the end credits, perhaps mimicking the exhaustion felt by the characters. “The Good, The Bad, The Weird” is such a flavorful film and a thrilling ride, I suppose I can’t blame Kim for desiring to keep it steaming along at any cost. 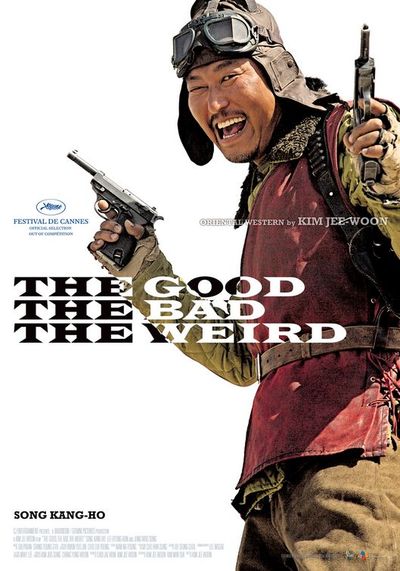