Zoe (Jennifer Lopez) is ready for a family, only lacking a male relationship to bring it all to life. Undergoing artificial insemination, Zoe’s eager to start her journey into motherhood, only to meet Stan (Alex O’Loughlin) on the day of the procedure. What starts as flirting soon blossoms into a relationship between the two, leaving Zoe in a full panic, unsure when to tell her new love that she’s not only pregnant, but carrying twins. Stan, jumping headfirst into the affair, soon has to consider his place in Zoe’s life both as a lover and a potential father, leaving the two at odds over future plans, and Zoe potentially heartbroken.

There’s not much imagination swirling around Kate Angelo’s screenplay for the “Back-Up Plan” outside of the conceit that instead of spending 100 minutes trying to find love and babies, Zoe’s already nailed down the pregnant part of the equation. Granted, it’s not truly a distinguishing sign of innovation, but it’s the only real effort the movie makes to separate itself from the tripe that typically swarms the genre. The rest of Angelo’s writing is solely Screenplay 101 fixings, including a meet cute, irascible seniors, quippy BFFs, quirky vocations (Zoe owns a pet store, Stan works with cheese), a break-up-to-make-up conclusion, and a healthy portion of pure irrationality to make it all stick together properly. 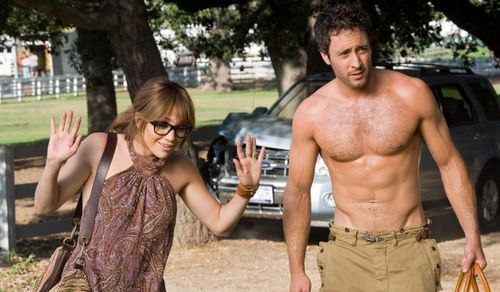 Making his feature debut, television director Alan Poul doesn’t push the material along quickly enough, mistaking complete inertia for bathing in the moment. “Back-Up Plan” is a surprisingly sluggish motion picture considering its slapstick ambition, and there’s little energetic plotting here to move it along. While sold as a free-for-all romantic farce, the film seems more suited for new or expectant mothers, with major screentime devoted to the peculiarities of pregnancy and oncoming parenthood (a running gag has Zoe interacting with a hippy single-moms group), often at the expense of rounded characterizations. Zoe and Stan’s attraction is purely physical, not soulful, leaving their interplay oddly lacking in the sort of merry banter the genre is known for. It doesn’t help that Lopez and O’Loughlin lack a dreamy chemistry, convincing more as community theater scene partners than big screen lovers.

Also irritating is the way the film leaps around to bring Zoe and Stan together, chipping away basic logic to make the pairing work. Considering how Zoe is a successful storeowner with a game plan for pregnancy, why does the second half of the film obsessively highlight Stan’s frantic financial concern for his new family? There’s also a last-minute suggestion that Zoe’s compulsively unable to function inside of a relationship, when the rest of the film clearly highlights Stan as the flighty, doofy one skittish of responsibility. It all comes across as sloppy screenwriting.

Lopez is appealing in the lead role, relaxed for a change, but there’s nothing for her to dig into. The mommy jokes only take her so far, leaving Poul scrambling to fill time, which often involves comedic canine reactions. Yeesh. “The Back-Up Plan” isn’t a jaggedly awful moviegoing experience, just a tedious one, taking viewers down a well-worn path of pratfalls and indecision toward this Hollywood thing called, but very rarely resembles, love. 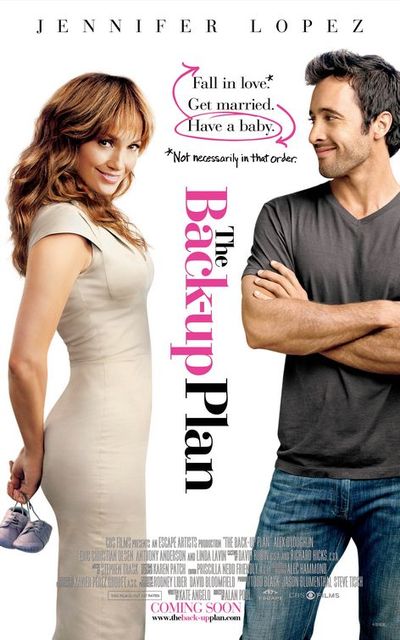