Film Review - I Am Love 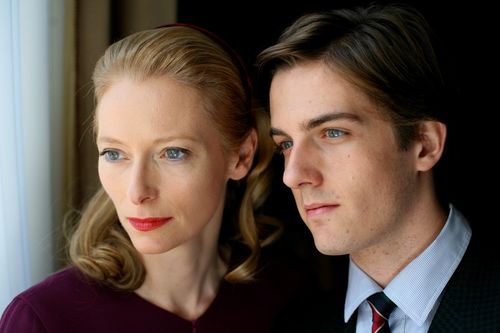 Detached acts of tragedy don’t come more excruciatingly glacial than the Italian melodrama “I Am Love.” While the lavish attention to every last detail is valued, the tortoise pace of the picture is difficult to embrace, especially when director Luca Guadagnino seems more invested in his abstract visual fetishes than he is triumphantly communicating a thunderstruck tale of forbidden love. It’s undeniably gorgeous and perhaps the folds of the picture demand a thorough examination through years of study, but enduring the protracted pulse of this film is a grueling effort that doesn’t reward the concentration.

For one of Italy’s most successful industrial families, the time has come to distribute control to the next generation, with Russian-born Emma (Tilda Swinton) finding her husband (Pippo Delbono) and her son Edoardo (Flavio Parenti) handed the reins to the family business, tasked to take the venerable company into the new millennium. It’s not an easy journey for Edoardo, who soon takes a wife and befriends a master chef named Antonio (Edoardo Gabbriellini), with whom he wants to start a restaurant located near a remote farm. Emma, finding herself drawn to Antonio’s sensual culinary skills and stillness, engages in a torrid affair that helps to reclaim her lost Russian identity, while dragging the clan into hell when her actions cause irreparable damage to the family name.

“I Am Love” is elusive and insistently directed, with Guadagnino spending extended periods of screentime building a specialized mood of doom facing the next generation of an Italian empire. It’s a film of edits and zooms, with the camera dancing around picking up seemingly random shots to piece together a subconscious moviegoing experience. “I Am Love” is a fascinating feature when broken down to exquisite parts of locations (the countryside sequences truly can’t be beat), set decoration, costumes, and editorial gymnastics, but to absorb it all in one single sit requires a heroic, possibly superhuman patience that I’m not convinced Guadagnino has earned. 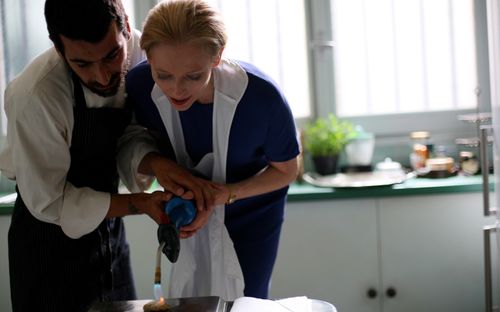 A fragmented feature intended to creep inside the minds of the main characters, “I Am Love” simmers in the golden Italian air, combining sexual sparks flying between Emma and Antonio with pure environmental splendor. It’s a crisp throw of sensuality that underscores the poor decision making skills of the lovers, but it’s compelling, given a nice twist of liberation and demonstration through Emma’s beloved daughter, who’s finally found herself through a complete embrace of lesbianism. As expected, Swinton gives the role a required dosage of graphic sexuality, expressing Emma’s indiscretions as if her heart was ready to explode within her chest. The film adores unspoken acts of lust, and Swinton (along with co-star Gabbriellini) is game to deliver to Guadagnino all the tight-faced regret and longing he needs.

Boosted by an erratically explosive score by John Adams, “I Am Love” has a cruel way of promising excitement without actually delivering any. It’s a frustration that overshadows the work onscreen, as the picture stretches 30 minutes of story over two elongated hours, with the final 15 minutes a frenzied emotional payoff with indistinct characters we know next to nothing about. “I Am Love” is an acquired taste, but it’s also unnecessarily aloof and incomplete, making the viewing experience more about jolts of affection, bare skin, and strained turns of fate over a smooth, compelling ride of mounting ache. 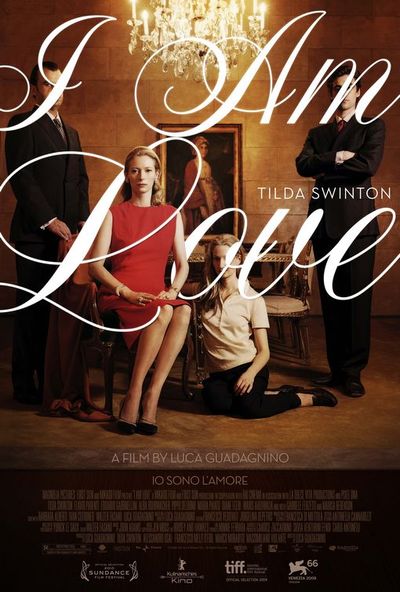