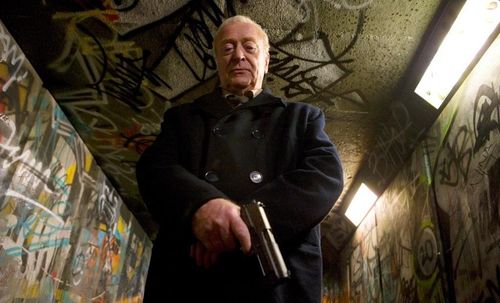 We have the Jason Stathams and Channing Tatums of the screen world, but is there a more menacing image than Michael Caine bearing down on the baddies filled with bloodlust and brandishing a firearm? “Harry Brown” is the actor’s “Death Wish” fantasy, pitting the screen legend against England’s dreaded hoodie generation for control of the community underpasses.

A widower who spends his days playing chess with pal Leonard (David Bradley) down at the local pub, Harry Brown (Michael Caine) has found himself in terrible emotional place, having just missed the final moments of his sister’s life due to the infestation of young hoodlums in his neighborhood. When Leonard is killed by the local thugs, it sends Harry off craving answers and revenge, much to the concern of a cop (Emily Mortimer) who’s bound by the absurdity and dimwit bravado of her department. Entering the seedy criminal underbelly to find the source of the lawless cancer, Harry instead brings about chaos, which takes him to revelations he didn’t foresee.

“Harry Brown” is a potent motion picture, a call to arms for audiences sick and tired of finding their lives invaded by reckless youth -- arrogant boys emerging from broken homes, susceptible to gang mentality, and well aware of police limitations. Perhaps it’s not an original piece of scripting, but the crushing feeling of powerlessness is superbly laid bare by director Daniel Barber. However, “Harry Brown” doesn’t have much interest in becoming a vigilante wet dream, instead drilling into something more darkly psychological and helpless.

There’s a disappointment found to the tentative steps Barber takes as he builds Harry’s story from a wounded soul with a military past to a man of reluctant action. “Harry Brown” is rather ingenious in the manner it shies away from violent money shots, preferring to stew in the futility of revenge. It tilts the film a little too severely at times, giving viewers a written invitation to a chilling revenge tale, only to pull back and take a breather when blood starts to boil. The unnerving intent is understood, but the drive of the film is often lost to extended sequences of Harry interacting with the dregs of society, drawing out tension past the expiration date. Not that a mindless, teeth-gnashing, Bronsonesque exercise in screen fantasy was in order, but there are adrenaline shots within Barber’s direction that are never properly plunged, as if the filmmaker was fearful of indulging the obvious. 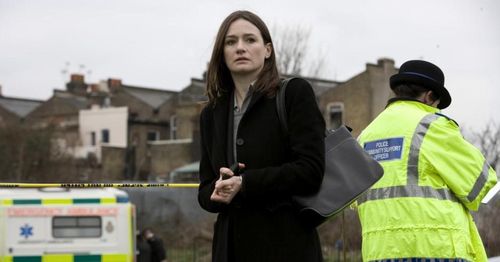 Holding the picture together is Caine, who submits an open wound performance as Harry that permits the film a few additional dimensions of grief. Caine plays Harry as a devastated man with mental scars from his wartime years that still burn, only placated by loving memories of his deceased wife and his time with friends. Now with both abruptly taken from him, there’s little for Harry to live for. The creases of shattering loss define the actor’s performance, which beautifully communicates motivation and profundity the rest of the picture needed more of.

Barber turns “Harry Brown” into a raging inferno for the final act, which bluntly underscores the film’s theme of social discontent, as the locals run riot against the invading police. Barber struggles to pull the film together with a few last-minute twists that barely register, but the true resolution remains with Caine and his beautifully realized last stand against the enemy, and possibly life itself.