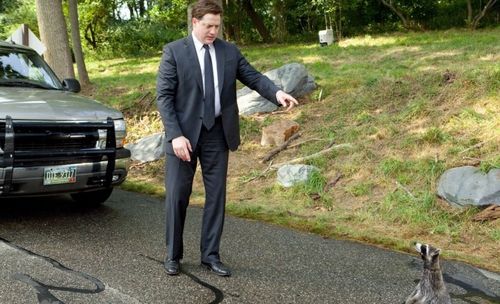 Moving from the bustle of Chicago into a peaceful suburban development under construction smack dab in the middle of a forest, Dan (Brendan Fraser), his wife Tammy (Brooke Shields), and teen son Tyler (Matt Prokop) are hopeful for the future, though unsure of the seclusion. Trying to suck up to boss Neal (the human Roman candle, Ken Jeong), Dan reluctantly assumes control of a massive community expansion, which would effectively clear away all trees and wildlife from the area. The local animals, unwilling to take the move lying down, declare war on Dan, tormenting and attacking him in secret, leaving everyone else to assume that he’s lost his mind. 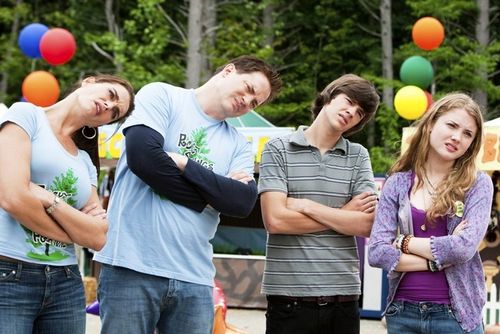 “Furry Vengeance” opens with a murder, as the animals conspire to off one of Dan’s arrogant colleagues, commencing the picture with an unexpected edge, hinting that perhaps director Roger Kumble is capable of drizzling some unpredictability onto this picture. The woodland creature act of homicide is the first and last of the intriguing ideas, as the picture quickly leaps into pure folly to try to keep family audiences beguiled.

While he’s never been a substantial actor, Fraser is admirably persistent. “Furry Vengeance” gives the actor a wide berth to live out his Elmer Fudd fantasies, erecting a crude obstacle course of animal defense mechanisms, physical challenges around the house, and over the top reactions that Fraser is drawn to like a moth to a flame. “Furry Vengeance” is a broad picture, but there’s nothing behind the screaming and pratfalls, no creativity to make it come alive. It’s just 90 minutes of Fraser being urinated on by raccoons, blasted by skunks (on three separate occasions), having his testicles walloped over and over, and finding himself trapped in a tipped portable toilet. The animals even work out a scheme to frame Dan as a cross-dresser. If it sounds pleasingly insane, I assure you it isn’t -- the film consists primarily of yelling, horrible improvisations, ugly racism, and some of the shoddiest special effects and editing of the current film year. 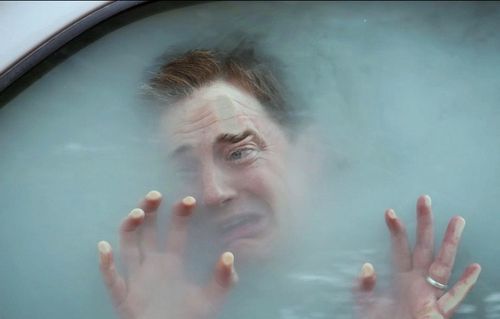 Watching Fraser flop around is more than enough for any one movie, but there’s an eco-friendly message to tend to, which introduces some domestic drama that isn’t welcome, as teen Tyler finds himself drawn to saving the forest through the charms of a young, responsible girl. Yes, between bouts of bird feces attacks and Fraser dressing up in silly costumes to portray the history of the forest, there’s a soul to this madness, handed over to the unappealing Prokop. It’s a drag, slowing down the chaos to make a point of deforestation no audience member is going to take to heart, not in a film that closes with the cast lip-synching to a Kidz Bop version of the Cypress Hill hit, “Insane in the Brain.”

I suppose there should be a gold star awarded to the production for keeping the animals away from celebrity voicing. Instead, the critters communicate through cruddy CG embellishment or the use of thought bubbles, which encourages the Looney Tunes feel of the picture. The animals are permitted a dreamtime dance sequence and plenty of winks to the camera, but I’m thankful they didn’t let Whoopi Goldberg or Patrick Warburton near the movie.

Even those who crave all speeds of animated insanity might find themselves with little to cheer for during “Furry Vengeance,” which appears so absurdly crude and slapdash for a premise that might’ve found righteous stupidity in more confident directorial hands. 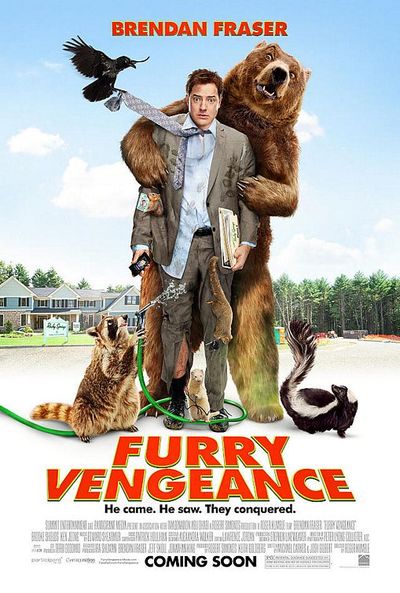 I can't believe you're getting hate mail on this one. Are there people honestly that daft? And we wonder why they (the studios) continue to make terrible movies. . .it's because no matter how utterly braindead a film they puke out, not only will the inbred go see it, they'll violently defend it.