Tomas (John Bell) is a painfully shy eight-year-old boy who’s been adopted by Marie (Connie Nielsen) and Alec (Aidan Quinn), and taken to the remote Corrie Island in Ireland to live with his new family. At first terrified by everything, especially Alec’s icy demeanor, Tomas soon learns to enjoy his new life, with Marie helping him to appreciate the magic found within the real world, by way of colors. Settling in with the help of friends and time spent with an abandoned seal, Tomas is soon faced with a heartbreaking change to his family routine that forces him to take responsibility for his own future.

Adapted from a novel written by Lillian Beckwith, “Rainbows” has the feel of an extensive family saga winnowed down to an episodic, but benevolent motion picture. Director Vic Sarin has every cliché imaginable to navigate through, and while he’s susceptible to the comfort of familiarity, he attaches an affable spirit to the picture that makes for a gentle viewing, interested in the finer points of spiritual longing and changes of heart. 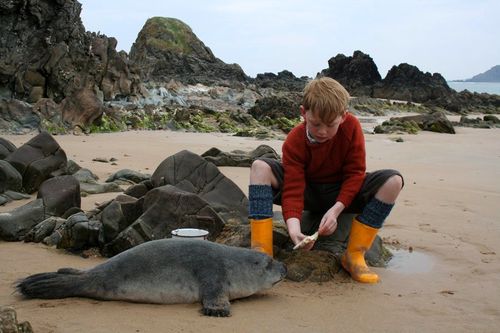 “A Shine of Rainbows” isn’t challenging in the least, but its literary qualities are nicely interpreted by the cast. Bell makes for a dependable lead, communicating a sense of trepidation and thawing discomfort without feeling like a puppet for the director to manipulate. Nielsen is the real star of the picture, revealing a sensitivity and maternal comfort that’s rarely asked of her, while pulling off an enchanting Irish lilt. The warm core of the tale, Nielsen helps the film achieve the poignancy it’s reaching for, often on tiptoes.

While jumping around with Tomas as he befriends the local kids, confronts his fears, and nurses his seal pal back to health with fish and conversation, “A Shine of Rainbows” is soon hit with a dramatic storm cloud in the second half, which veers the picture into a heavy tear-jerking direction that comes off a tad forced. The hastily manufactured anguish is difficult to wade through, necessitating a strained resolution to get matters back on track. However, the intent of the picture is so kind, it’s easy forgive a clunky conclusion, with the majority of “A Shine of Rainbows” registering as pleasing and generously retro in execution. 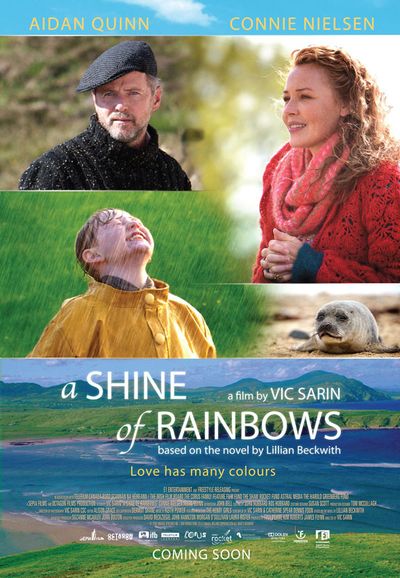