Something is killing the teenagers of a small Illinois town; something that only appears during their sleep. For Nancy (Rooney Mara), the images in her head point to a burnt man with a razor glove named Freddy Krueger (Jackie Earle Haley), an unstoppable killer who prowls the playground of the mind looking for specific victims to taunt and dice – a group connected to the quippy madman in some mysterious way. While the local parents (Connie Britton, Clancy Brown) appear to be hiding clues to Freddy’s true identity, Nancy and pal Quentin (Kyle Gallner) strike off on their own, desperate to stay awake while they hunt for the reason Freddy’s after them.

They’ve done it to “The Texas Chainsaw Massacre,” “The Amityville Horror,” and “The Hitcher,” so why not “A Nightmare on Elm Street?” Unfortunately, it’s a franchise that won’t take to a reboot easily, with much of the appeal of the original film rooted in its 1980s identity, from the apple-cheeked virginal valor of the lead characters to the satiric safety of the suburban setting, a safe haven Freddy penetrated with glee. This is 2010. Cheerful, awkward teens won’t do. 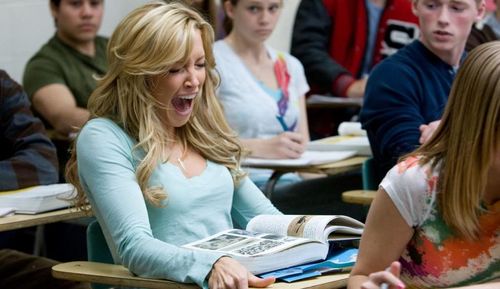 The new “Nightmare” is an enormously joyless affair, launching right out of the gate with an oppressive feel that never dissipates. Director Samuel Bayer (a music video legend) seems to think the best way to strike out on his own with this iconic material is to play it emo, with a cast of fashion models sulking around the frame, which scrubs away the needed adolescent panic that makes Freddy’s reign of terror all the more frenzied. This is dour film, hastily sprinting into conflict, making absolutely no effort to develop the community or the characters. Bayer just wants a pretty picture with pretty actors, plunging the audience into violent dreamscapes without even so much as a hello. Nancy who? Freddy did what? What’s the razor glove about? These kids have parents? Bayer’s more interested in the lighting design than he is winding a dazzling tale of mental invasion and teen paranoia.

To be fair to the picture, it’s not explicitly a remake. More than a few moments from Craven’s film are shamelessly reheated, most with not-so-special effects, but the thrust of what little story there is here veers away from the original script. The 2010 film openly questions Freddy’s guilt and sticks with the kids, portraying the adult characters as possibly villainous rather than manically overprotective. The magic of the 1984 picture was Freddy’s monster status and how that hysteria fed into the neighborhood mood of confusion and disbelief. The 2010 picture shows no interest in developing the curse of Freddy, only the splattery gore shots he brings. It leads to the ultimate point about this remake: if you’re a fan of the ’84 “Nightmare,” you’ll anticipate every last scare. If you’re new to this whole Freddy business, you’re seeing an inferior version of the tale. 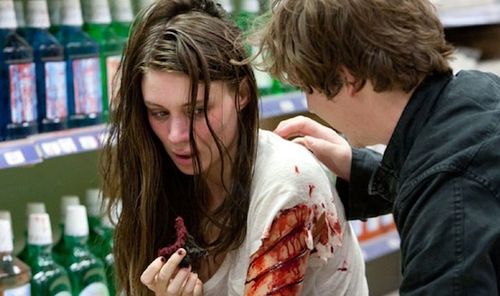 Bayer makes it impossible to care about any of these kids, with heroine Nancy positively getting the shaft in terms of characterization and performance. Mara is simply awful, mumbling her lines to an infuriating degree, making Nancy into a mopey wuss instead of the more enlightened dream hunter actress Heather Langenkamp was gifted in 1984. Mara conjures no sense of personality or bewilderment, she just stares blankly at her equally monotonous co-stars.

As the scarred prince of sleepytown, Haley is a disappointment, buried under layers of mediocre burn-victim makeup, fitted for an absurdly overcranked horror voice that barely stays in sync with his lips. Short and twitchy, Haley isn’t a menace, he’s a sideshow, making one long for Robert England’s more demented pass at Freddy’s homicidal delight. And don’t let any pre-release promotional talk fool you: Freddy returns to full one-liner mode here, denting the brooding spirit Bayer is hunting for. The jokes are more painful than the slashings and retain little value in a feeble script that can barely decipher its dark side.

While Craven embraced the surrealism of dreams, Bayer is caught between homage and inertia. The new “Nightmare on Elm Street” aims to be a penetrating, atmospheric horror rebirth, but the only thing truly terrifying about the production is how much they spoil what worked so wonderfully and effortlessly decades ago. 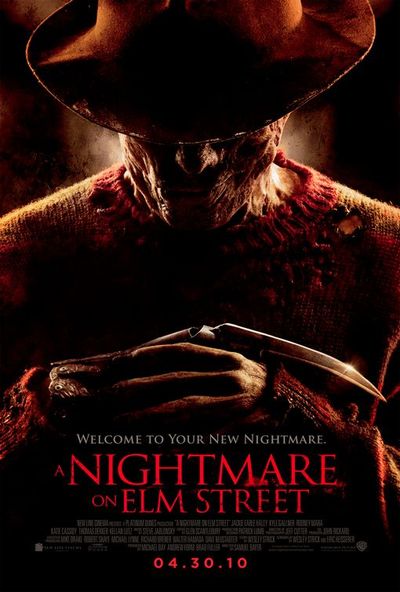 Michael Bay continues his perfect record: Not a single film he's made-whether as Producer or Director-has been even remotely worth watching. I remain steadfastly convinced that if a film he did produce actually ended up being even vaguely watchable to anyone other than a buzzed fratboy he would angrily hurl the disc back at the editor and storm out of the room, demanding the whole thing be scrapped and reshot and written from the floor up.

I'm holding my breath for My Bloody Valentine 2. The first one was a piece of pure cinema horror. Cabin Fever rocked two!!!!!!!