At least in America, the work of director Yimou Zhang has redefined the widescreen scope of the Eastern historical epic, through films such as “Hero,” “House of Flying Daggers,” and “Curse of the Golden Flower.” “The Warlords” isn’t nearly as finely tuned, sumptuously mounted, or dramatically alert. A blunt take on Chinese history crossed with heavy soap opera inclinations, “The Warlords” is certainly forceful, but it only marginally succeeds at pulling the viewer into a state of battle zone fatigue and budding regality, assisted greatly by three tremendous lead performances.

In the 1860s, Taiping Rebellion forces are crushing the ragtag Chinese army, forcing leaders to turn to common bandits to fill regiments. Pang (Jet Li) is a humiliated soldier limping across the land after playing dead on the battlefield to survive the slaughter, falling into Er-Hu’s (Andy Lau) village of thieves, also lead by Wu Yang (Takeshi Kaneshiro). Encouraged by their passion, Pang convinces Er-Hu and Wu Yang to take their soldiers and join the Chinese military efforts, forming a tight, powerful army of outlaws. Taking on their enemies with surprising success, Pang finds his ambitions growing, looking to restore the honor he lost. Concerned with their future in a changing world, Er-Hu and Wu Yang grow to challenge Pang’s leadership, causing a rift in the once stable triangle of trust, with further trouble introduced through Pang’s longing for Er-Hu’s mistress, Lian (Wu Jing-Lei).

The screenplay for the “The Warlords” is credited to eight writers, a group that had the unfortunate task of arranging a warrior tale featuring multiple lead characters, complex political machinations, and a few sudsy subplots that tend to the heart of the piece. While rarely confusing, the picture is choppy and repeatedly unfocused, leaping through time to express the hardening of the characters, isolating their war-weary psychological strain. There’s much to absorb with this picture, yet very little of it remains in the system after a viewing. It’s an odd feeling. 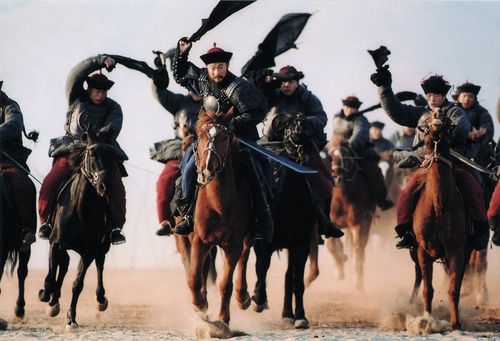 Director Peter Ho-Sun Chan charges after a bold vision of blood-squirting combat, pitting Pang’s armies against a variety of challengers and kingdoms he urgently needs to defeat to climb back into the position of power he craves. The skirmishes are piercing and brutal, with limbs flying everywhere and sharp blades swung about. Action fans should find their fill of slaughter with this picture, which spends serious money and time delivering massive visuals to coincide with Pang’s sweeping plans for countrywide control.

The war at home is less compelling, despite powerful performances from the main players, who contribute exhausting levels of melodramatic expression to communicate the sea of discontent inside the leaders. Chan doesn’t properly equalize the romantic entanglements with the military arrangements, resulting in a lopsided film that shuts down whenever Pang starts itching for Lian. The filmmaker leans for a warm core to the male-centric viciousness, yet it all registers as painfully overwrought, halting the film’s flow early on. Chan never restores the determination that was lost.

As Pang rises to power and his leadership heads into savage directions, “The Warlords” turns on the hysterics full blast to make operatic points of betrayal. While seasoned well with yowling acts of suffering, it doesn’t restore interest in the characters or their goals, losing focus on larger elements of politics and, again, a romance that never gels. It’s a highly produced feature film, but “The Warlords” is messy and, considering the intensity of the battle sequences, strangely uninvolving. 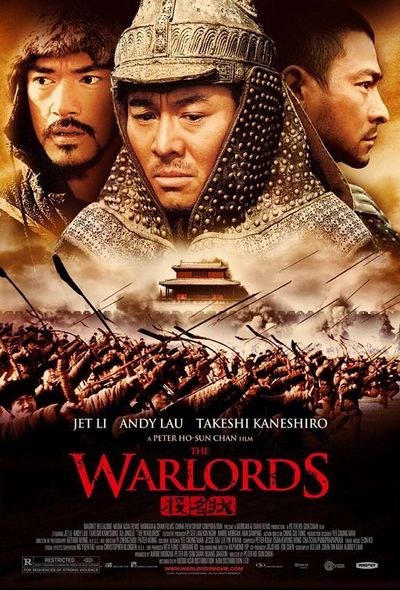