“The Red Baron” hopelessly desires to be accepted as the German equivalent of a Bay/Bruckheimer production, taking a glossy, rudimentary path toward wartime reverence. It’s a “Pearl Harbor” riff that might satisfy some curious WWI aficionados (perhaps Snoopy fans too), but offers nothing in the way of excitement or a compelling psychological shakedown of the feared pilot that ruled European airspace, eventually immortalized in the history books and on frozen pizza boxes.

Raised with an insatiable desire to fly, Manfred von Richthofen (Matthias Schweighofer) joins the German army during WWI, hopeful to make an impression in the sky alongside his fellow soldiers (including Til Schweiger). Manfred soon becomes a legend, shooting enemy pilots out of the sky with ease, earning the respect of the nation and the jealousy of his younger brother (a drearily volcanic Volker Bruch). Tired with traditional combat policies, Manfred rechristens himself “The Red Baron,” taking his crimson plane to the sky in an ambitious attempt to instill fear across the globe. Instead of devouring glory, Manfred learns the true price of war, further augmented by his dalliance with a fetching nurse (Lena Hedley), who comforts the young man when Germany’s wartime fortunes begin to sour.

Honor and its ever-depleting value is the theme of “The Red Baron,” reducing the savagery of combat to its respectful ideal. Instead of an enigmatic depiction of the title character, the colorful flying ace has been turned into a wronged nobleman, who views the skies as a place of warriors and respect, not a shooting range that demands brutality. The Baron takes pride in his aerial skills, encouraging his men to share in the art of war, not the aggression. It’s a beat of gentlemen gamesmanship writer/director Nikolai Mullerschon plays comfortably, making respectable use of dogfight footage to underscore the regality of airborne combat in its infant state. The war sequences look competent for the most part, but the buzz doesn’t last for long. 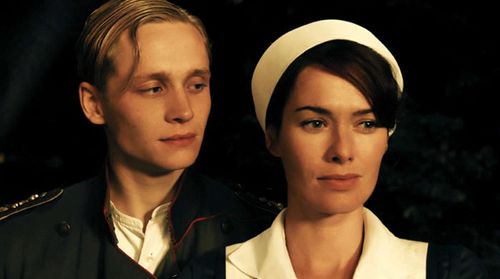 German-financed, “The Red Baron” aches to be a chewy American blockbuster, puffing up its chest with a vivid display of special effects, a shrill Hans Zimmer-style score, and a tightly bound batch of thespian fireworks. It’s a bloated endeavor that seeks to return nobility, or at the very least some humanity, to the bruised legacy of the Baron. Coating the film in Hollywood theatrics only clouds the message, demanding the cast act beyond their means to make a lasting impression. Subtlety is not on Mullerschon’s to-do list, which ends up flattening any emotional or dramatic cues the film reaches for. Instead of a dynamic depiction of a master pilot, we’re served a tepid romance sold by lackluster actors, and predictable character motivations that betray the complexity of war.

There’s nothing truly cinematic about “The Red Baron” outside of the flying sequences, lacking finely nuanced qualities that could separate it from the average television movie. The feature has no personality, no hunger for historical grit to make it spring to life. Instead, “The Red Baron” leaves Manfred von Richthofen a lifeless cliché of Aryan grandeur, stuck inside of a film that tries too hard to dazzle without fully exploring the possibilities of the legend. 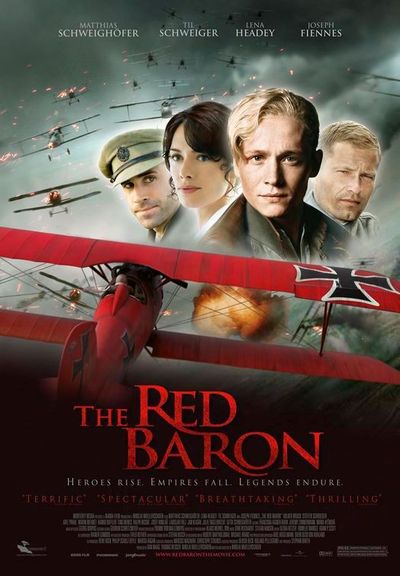