Grief is such a tricky emotion to handle in film. It’s an elusive sensation, often manifesting itself in resolute silence, which doesn’t always register cleanly for the cameras. “The Greatest” is not a picture of complete quiet, but it’s marvelous when it settles into a hushed mood of introspection and unspoken personal connection; a sweeping feeling of sea change reflected through a trio of splendid actors and their unexpected articulation of mourning.

On the very evening that teenagers Bennett (Aaron Johnson) and Rose (Carey Mulligan) have consummated their hasty coupling, a car accident separates them forever, killing the young boy. Bennett’s father Allen (Pierce Brosnan), mother Grace (Susan Sarandon), and brother Ryan (Johnny Simmons) are forced to deal with the death in their own ways, but pressure is applied to the household when Rose seeks shelter, arriving at their doorstep three months pregnant with Bennett’s child. With Grace lashing out and clinging to the comatose man (Michael Shannon) who killed her son, Allen takes a shine to Rose, engaging the young mother-to-be as a way of coping with the loss. Rose, stupefied by her circumstances, tries to piece together a portrait of a lover she barely understood through a family that doesn’t know how to accept her.

“The Greatest” is not always a gushy, comforting film. It’s a feature of unsettling thoughts and unfinished business, tearing at the hearts of the lead characters as they cope with the most unimaginable of circumstances. While the plot seems to be an invitation to build up a series of contrivances, the screenplay by Shana Feste (who also directs) is careful with the characterizations and blessedly aware of most maudlin touches. The plot’s organic in the manner it distributes the unbearable pain amongst the family, weaving together four strands of grieving that form a sorrowful whole, with each character assigned secrets and frustrations bubbling underneath brittle veneers of domestic stability. 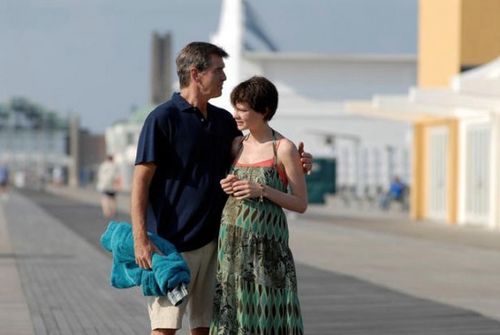 Feste doesn’t push too hard with the subject matter, and I enjoyed how “The Greatest” almost casually works through the conflicts, without huge displays of arm-flapping melodrama. Sure, the tears flow steadily throughout the picture, but the purging feel earned, sold by gifted, intuitive actors who understand how to demonstrate the gut-churning nuances of loss. For Sarandon, who worked a similar pinch of sorrow in the 2002 picture “Moonlight Mile,” the role is practically her calling card. A few obligatory idiosyncrasies sneak into the writing, including a weird bit that has Allen as some sort of numbers savant, but it’s a settled script that invests more in the questions left behind after an abrupt loss than the constant stress of dysfunction.

“The Greatest” is slight, not taking on too much dramatic weight as the family struggles to understand Bennett’s life and final moments. The lean hold of the picture is welcome, adding to the force of the emotional outbursts, helping the film to close on a touching note of recollection that reinforces the yearn of the writing -- a sincere summation of memories that feels like a natural conclusion to this sensitive depiction of bereavement. 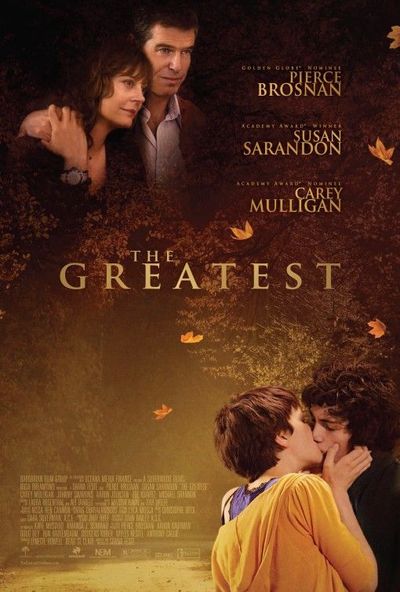