Film Review - The Girl with the Dragon Tattoo 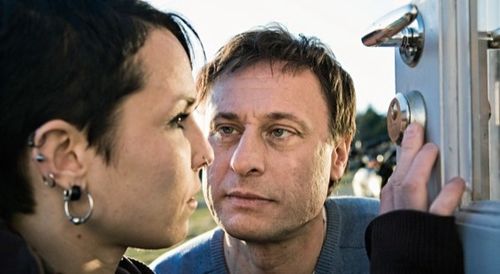 The first installment in a trilogy of Swedish mysteries based on the novels by Stieg Larsson, “The Girl with the Dragon Tattoo” is a touch on the lengthy side, but remains a corker of a whodunit. Imposingly violent, tightly plotted, and the superbly acted, the picture is an intriguing introduction to these acidic characters and world of abuse, taking viewers on quite a ride as it establishes an arresting tone of alarm and budding intimacy.

A disgraced journalist, Mikael (Michael Nyqvist) has been sentenced to a short stint in prison for questionably libelous crimes. Left without a job and a life, Mikael is encouraged to take a case brought to him by a wealthy patriarch of a powerful Swedish family. Asked to find a teenage girl who disappeared 40 years ago, Mikael jumps headfirst into the case while stationed in a remote town near the scene of the crime. Tracking his moves is investigator Lisbeth (Noomi Rapace), a standoffish, Goth-inspired twentysomething dealing with her own issues of psychological imprisonment. As Mikael inches closer to a potential list of suspects, he finds unexpected help from Lisbeth, who joins the fight at the journalist’s urging. The two begin to weed through a pile of clues, a time that allows Lisbeth to develop a rare sense of trust toward Mikael, soon put to the test when the team zeros in on a possible serial killer.

Clocking in at 150 minutes, “Dragon Tattoo” is a marathon motion picture, filling the screen with numerous names, faces, motivations, and suspicions to feed the extensive narrative that twists and turns all over the Swedish landscape. “Dragon Tattoo” is a full-course cinematic meal guided magnificently by director Niels Arden Oplev, who’s determined not to allow the delicate mysteries of the piece to slip through his fingers. It’s a careful, measured filmmaking effort that invites the viewer to survey the question marks, deploying frigid locations of menace to assist the nasty business of murder.

To its credit, “Dragon Tattoo” never feels weighed down by its source material, and while the script juggles perhaps one too many suspects in the air to comfortably digest, there’s never a feeling of confusion to the character arcs or the danger at hand. In fact, the picture is a terribly engrossing affair that offers the patient a sinister mystery of potential ritual murder (complete with biblical quotes), while tightening the screws with scenes of horrific sexual violation, as Lisbeth is subjected to nasty business involving a man assigned to oversee her rehabilitation for past crimes of passion. It’s not the easiest film to watch, but the ick is key to processing who these characters are and why they feel compelled to decode a crime with four decades of inactivity preventing easy access. 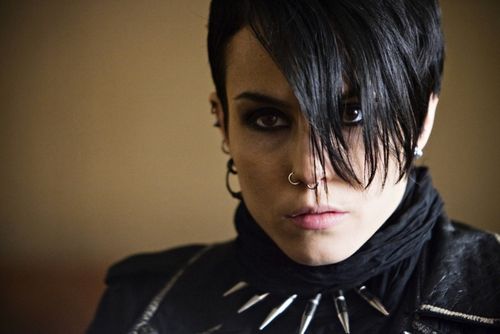 When the picture gets down to the business of sleuthing, “Dragon Tattoo” becomes a riveting motion picture, burning through blurred photographs, laptop gymnastics, and old-fashioned community questioning to help the tale creep along. The pieces fit nicely, with Oplev preserving the page-turning elements of the story while keeping matters deliciously cinematic through evocative widescreen photography and stellar performances from Nyqvist and Rapace, who capture the thrill of the hunt and the formation of mutual respect in very few moves. The film only grows more bewitching once the pair is targeted for murder, which leads to a wild middle act that pays everything off with satisfying, plot-twisting punch in the gut.

With two other films already making the rounds in international release (“The Girl Who Played with Fire” and “The Girl Who Kicked the Hornet’s Nest”), the story of Mikael and Lisbeth doesn’t end here. Mercifully, there’s no cliffhanger to prod audiences along. Instead, “The Girl with the Dragon Tattoo” establishes a tone and quality of characterization that makes the next two steps in the story a necessity, not an obligation. 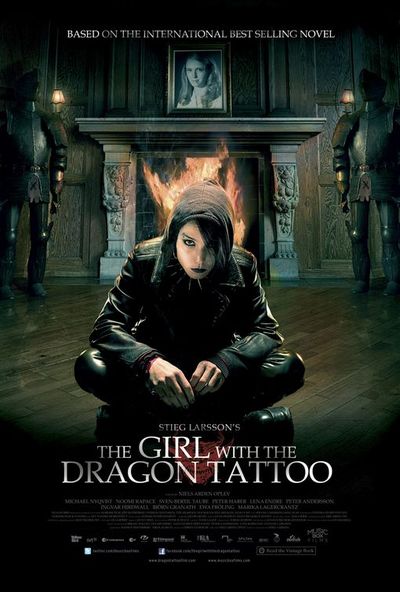 Thank you, Brian, for this wonderful review. I saw the film this past weekend based on your recommendation and I loved it. I just loved the movie. Thank you for steering me toward it.

I hope others reading this review do the same and see this film. It's wonderfully suspenseful. I can't wait for the other two chapters!