To its credit, “The Eclipse” is a difficult film to summarize. A bizarre concoction of literary world misery and ghostly visitation, the picture takes its time unfolding, revealing horrors almost by accident as it probes the lives and loves of three characters, each with their own private reservoir of suffering to confront over the course of a long weekend in Ireland.

A book festival volunteer, Michael (Ciaran Hinds) is dealing with several domestic responsibilities while mourning the loss of his wife. Arriving in Ireland to participate in the fest are authors Lena (Iben Hjejle) and Nicholas (Aidan Quinn), who require Michael’s help to shuttle around the area, giving speeches and meeting the locals. While Nicholas is a blowhard, demanding and impatient, Lena is a more gentle personality, taking a shine to Michael and his considerate ways. Drawn to Lena’s supernatural stories, Michael is hopeful the writer will help ease his mind, as his guilt has assumed a demonic manifestation, taking him to the breaking point.

“The Eclipse” is not a motion picture that goes places. It’s better to know that fact right up front, otherwise the film might cause unintended ire. It’s a character piece, directed by Conor McPherson, who takes a rather unusual stance that merges the cold-blooded calculation of Stanley Kubrick with a lopsided romantic drama. “The Eclipse” defies most classification, but its peculiarity is not feigned, only puzzling, providing a healthy mental workout for viewers who enjoy their films darkly impenetrable.

Based a short story by Billy Roche, “The Eclipse” has the sort of temper that befits a compacted tale, taking a surreal course to explore matters of the unresolved heart. There’s no juicy dilemma here to isolate matters into black and white choices; the film is more interested in summoning a nervous mood that wraps around the characters without pushing them into formulaic conflicts. The picture absorbs Michael and his woe without underlining his pain, electing a sedate passage of mystery that registers through glances and reflection, not broad arcs of confrontation. The languid tone of the film is maddening to a certain degree, but the lasting impression is effective, as McPherson works to examine Michael from unexpected angles that don’t immediately register as significant.

Getting “The Eclipse” to a satisfying position of purge is Hinds, who’s potent as Michael, infusing the character with needed psychological tremble as the character is faced with paranormal events he cannot explain. Traditionally pinned to villain roles, Hinds is permitted some range here, reminding audiences that he’s a more sensitive performer than Hollywood often allows him to be. The actor shares fresh chemistry with Hjejle and brings the best out of Quinn, here kicking up a storm as an arrogant, drunken author with little tolerance for the public at large.

While I wasn’t profoundly moved by “The Eclipse,” it’s terrific to watch the picture attempt to examine grief from an uncommon perspective, channeling Nicolas Roeg’s touch, minus the starkness. While an acquired taste, “The Eclipse” is a haunting film, nicely measured and performed. It may not feel like much upon first sight, but reflection afterward is key to appreciating its mysterious, mournful ways. 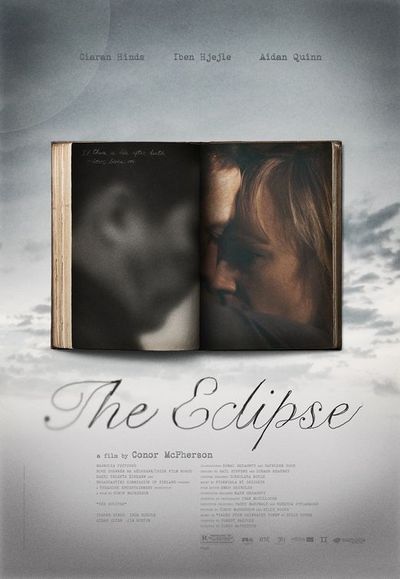