Drugs, Judaism, brain-dead intellectualism, and pops of ultraviolence. “Leaves of Grass” isn’t the new film from the Coen Brothers, but don’t mention that little fact to writer/director/co-star Tim Blake Nelson. It appears working with the Coens on the 2000 feature “O Brother, Where Art Thou?” has rubbed off on the filmmaker, who molds a dark comedy in a frighteningly similar manner, minus the godlike tonal control that could shake some sense into this scattershot, criminally unfunny picture.

Bill Kincaid (Edward Norton) is an Ivy League classics professor facing a huge career upswing. When a phone call informs Bill of his twin brother’s untimely demise in Tulsa, Oklahoma, it forces the intellectual to cancel his plans and fly back to his hometown. Ready to mourn his estranged sibling, Bill learns that Brady (also Edward Norton) is alive and well, inventing the tragedy just to bring the reluctant son home. Pulled back into his brother’s troubling pot-dealing lifestyle, Bill finds Brady ready for the straight life, with only a few criminal loose ends to tie up. Hoping to arrange some identical twin alibis, Brady gets down to business while Bill realizes his idyllic life of reason is being pulled apart by his southern roots.

“Leaves of Grass” has an independent film mentality that I respect more than enjoy. Nelson has fashioned an idiosyncratic, methodically scripted picture that enjoys the dichotomy between hyper-intellectualism and pot-laced slapstick comedy, skiing the tricky slope with all the assurance of an Olympic gold medalist. Nelson is having fun with this one, trying all sorts of storytelling speeds to spot the proper tone of self-actualization that haunts Bill as he struggles with his relationships. At its best, “Leaves of Grass” can be a sharp comedy, given a unique tenor of trepidation through Norton’s performance as Bill, a brilliant man and master wordsmith confronting his fractured past and equally brilliant brother, who, instead of academics, elected to conquer the world of hydroponic marijuana. 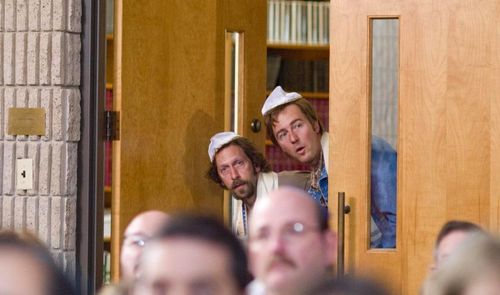 Riding a harmless wave of Tulsa inside jokes, light redneck tomfoolery, and familial drama (Susan Sarandon plays the twins’ mother), “Leaves of Grass” finds a passable groove to work; a wandering pitch that allows for Walt Whitman quotations and bong gags. There’s even time set aside for a love interest, bringing Keri Russell into the picture as a brainy schoolteacher immediately attracted to Bill’s aura of intelligence. Of course, there’s a price to be paid for this wonderful peace, which Nelson views as an invitation to take his film and splatter it with heavy acts of violence.

Once Brady finds himself in a pickle with the local Jewish drug kingpin (Richard Dreyfuss), “Leaves of Grass” take a macabre turn that’s about as welcome as a slap across the face. The film dies right here, making a choice to plunge into dark comedy without a sturdy vision to pull it off. The picture loses its mind on an abrasive hunt for irreverence, twisting something securely oddball into an affected, unnecessarily toxic tale of brilliant knuckleheads living up to their Tulsa potential. Nelson has an ear for the southern dialect, a good command of local flavors (perhaps more semi-insulting than genial), and he fully understands his weed (this might explain the script), but bootleg-turn tonal shifts are way beyond his skill set, leaving the last half of “Leaves of Grass” a crushing series of abysmal ideas boosted by a filmmaker all too eager to see how they play out onscreen. 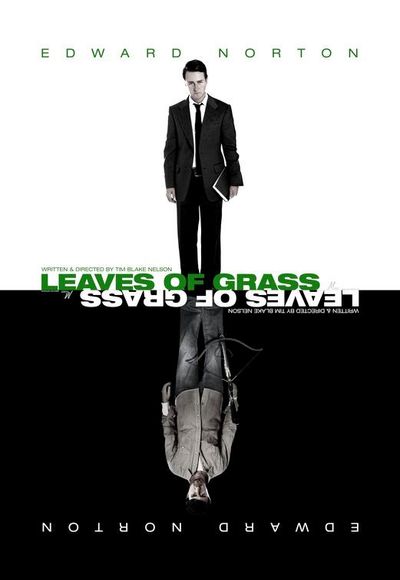