In Noah Baumbach’s world, there’s not a soul around who isn’t a ball of razor wire just begging to be kicked. “Greenberg” arrives after the astonishing clarity of “The Squid and the Whale” and “Margot at the Wedding,” forming a mesmerizing second-wind career resurgence for the filmmaker, who’s finally sniffed out a meaningful cinematic voice in recent years. “Greenberg” is constructed with a certain determination, but it lacks authority; Baumbach’s concentrated spray of toxin has been reduced to a fine mist, adding up to a film of extraordinary pathology, but only marginal connection.

Fresh from a stint inside a mental hospital, Roger Greenberg (Ben Stiller) has returned to Los Angeles to watch his brother’s house while his sibling conducts business in Vietnam with his family. Left alone to reflect on his troubles, Roger takes to a routine of drink, complaint letter writing, and doghouse construction to calm his whirring mind. Helping Roger out is Florence (Greta Gerwig), the family’s personal assistant and a woman with her own set of self-destructive personality quirks. Roger and Florence embark on a testy affair, despite a 15-year age difference and his compulsion to reject any type of intimacy. Also stirring up Roger’s timidity are his attempts to reconcile with slighted friends (including Rhys Ifans) and his old girlfriend, Beth (Jennifer Jason Leigh).

With “Greenberg,” Baumbach (who hatched the film with Jennifer Jason Leigh) wants the viewer to feel the messy, suffocating spaces of poisonous behavior that control the lead character like a demented puppet master. Roger isn’t a bastard, but he’s powerless to his urges, walking around with a hornet’s nest of insecurity that requires constant rotation through efforts of arrogance and paranoia. He’s a discombobulated man hungry to reclaim his relevance, yet surround by friends who’ve outgrown their twentysomthing indiscretions, some plenty glad to be rid of Roger years ago.

Yes, you guessed it. “Greenberg” is a comedy. 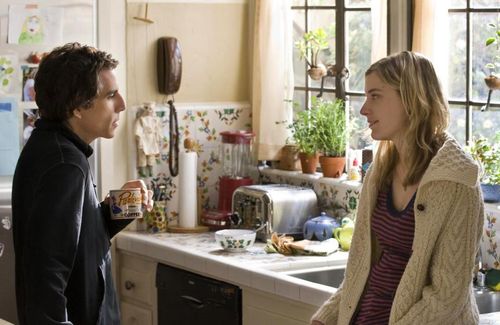 It’s become Baumbach’s passion to decipher the code of the broken individual, and “Greenberg” is dutifully stocked with enough fragmented mental states to successfully articulate the storm front facing the characters, along with the toxicity of life in Los Angeles. These are unlikable characters, but sympathy doesn’t seem to be the point here, only the summation of destructive thoughts, funneled through Baumbach’s Altmanesque itch, which lends the film a hazy widescreen distance, further isolating the characters. The screenplay enjoys a sense of discovery as Roger slowly unravels, frustrated by everything that comes his way, yet he’s comforted by the strain. The anxiety restores his power, making the character a fascinating lead for Baumbach to follow, captured in Stiller’s impressively potholed, hollow-core performance.

Unfortunately for “Greenberg,” Roger’s uncertainty doesn’t travel very far. Baumbach doesn’t know what to do with his case study, causally nudging the character along from explosion to explosion, more interested in his vociferous outbursts and how they play against his dwindling circle of friends. The character of Florence is meant to counteract Roger’s venom. She’s a semi-innocent who’s drawn to his grind like a moth to a flame, taken with Roger’s brusque manner and casual personal interest. Mumblecore darling Gerwig plays the complex role with heavy simpleton overtones, confusing the relationship from scene to scene, while failing to provide a sufficient reason why Florence tolerates Roger in the first place. Their connection is tenuous at best, played nicely for a few chuckles in the opening moments; however, a plausible emotional connection between the pair is never solidified. The relationship soon dissolves into a transparent storytelling necessity.

“Greenberg” has more than its share of highlights (Roger doing coke with teenagers while trying to articulate nagging generational differences summarizes the movie brilliantly), but the mood never gels compellingly, with the film prone to wandering rather than directly confronting the issues at hand. The argument could be made that the aesthetic is intentional to share Roger’s perspective with the viewer, but the effect only lasts for an hour. After that, Baumbach doesn’t have much to offer besides the comfort of malaise, which dilutes the gravity, making the film’s uncompromising attitude almost predictable. 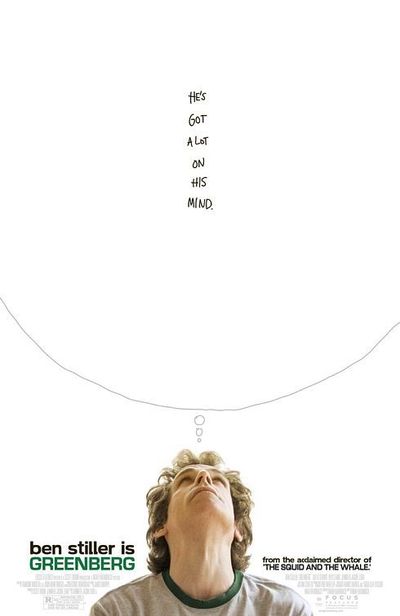