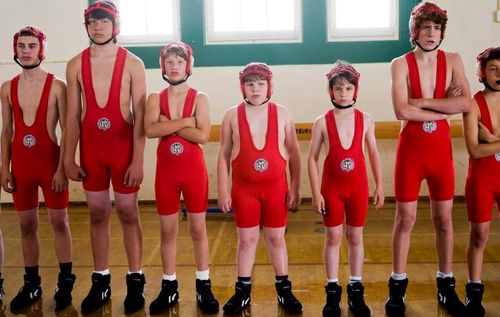 “Diary of a Wimpy Kid” is an adaptation of the 2007 illustrated bestseller from author Jeff Kinney, and a vociferous motion picture that feels like an endless sugar high. Aggressively irreverent and disappointingly insistent on toilet humor, the picture should’ve remained in book form. Committing it to film only encourages a strident tone I’m sure the source material never intended to produce.

It’s the first day of middle school for Greg Heffley (Zachary Gordon), who’s desperate to climb the social ladder in the hurry, craving popularity at any cost. Saddled with best pal and perennial dork Rowley (Robert Capron), Greg is forced to accept his nerdly social circle, eager for a chance to prove himself and rise to the top of his class. As the seasons change, Greg takes on a variety of school responsibilities and suburban monkey business, hoping each adventure will inch him closer to mass acceptance, eventually arriving at a point where the young student must decide between student body regard or the support of his friends and loving family (including Rachael Harris and Steve Zahn).

In the film’s favor, I will state that director Thor Freudenthal (“Hotel for Dogs”) manages to corral a horde of characters in a minimal amount of moves. “Wimpy Kid” is a sprawling young adult tale, tackling an entire year’s worth of events spotlighting an entire school of kids. Rooted in Kinney’s illustrations, the picture takes off like a bullet from frame one, following Greg as he acclimates to life in his brand new, semi-threatening surroundings, with all of its eccentricity and social demands. At the very least, “Wimpy Kid” magically makes sense while leaping around with a profoundly episodic screenplay, which pushes to cram in as many literary references and shovelfuls of misfortune for Greg as possible. 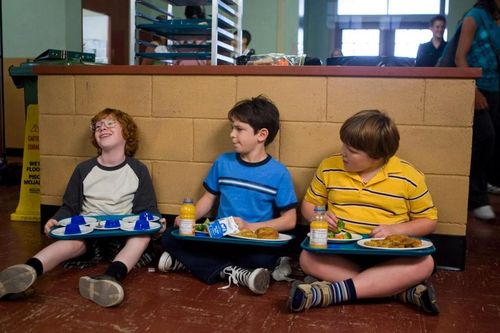 Infused with a cheeky Adult Swim-type of humor, “Wimpy Kid” wants to play cooler than the room, which confuses the tone of the piece. With Bonnie Tyler audition pieces, Beastie Boys dance sequences, and winking odes to pre-pubescent geekery, the film seems intended more for parents than kids at times, teeming with a self-aware wit that hardens the slapstick. The rest of the film encourages urine, fart, and booger humor, which reeks of nosepicker pandering, compounded by a message of personal worth that never comes through clearly enough. Greg is a self-absorbed brat for the entirety of the picture, with only a reluctant pass at redemption made in the final reel. It’s odd to actively abhor a leading character in a family film, but Freudenthal makes it easy to dismiss Greg and his irrational need to be liked. Some kids just can’t take the hint.

Depicting Halloween chicanery, school safety patrol humiliations, a strange bit where Greg enjoys pelting Rowley with footballs while he rides on his Big Wheel, class musicals, lunchroom cruelty, wrestling fiascos, brotherly bullying, and offering extended time with a piece of moldy cheese that refuses to disintegrate throughout the year (the film’s attempt to unify the adventures), “Diary of a Wimpy Kid” goes pretty much anywhere and everywhere. It’s a vigorous picture, but wears out its welcome in a hurry. That’s not to say kids won’t enjoy or even possibly relate to it, but this feels like a case where hectic, scribbled events were better left on the page. 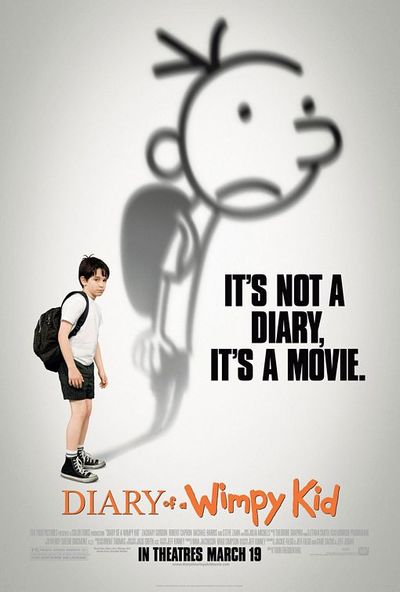