“Defendor” could be processed either as a dreadful misfire of a black comedy or a semi-brilliant deconstruction of the deranged superhero mindset. It’s a weird picture and not always successful selling its ideas, but it definitely retains a determined personality, making the picture convincing on a fundamental level of cinematic ambition, not execution.

Arthur (Woody Harrelson) is a damaged man sick of the criminal element infesting his city. Taking to the streets as superhero “Defendor,” armed to the teeth with makeshift weapons, Arthur seeks to snuff out bad guys, with his eyes on the master villain behind the developing disease: Captain Industry. Kindly taking in a crackhead prostitute named Kat (Kat Dennings), Arthur finds some emotional clarity with his new friend, as the two bond over the stories of personal pain. Despite pleas from concerned family members begging him to stop, Arthur refuses to give up his fight, irritating Dooney (Elias Koteas), a corrupt undercover cop who holds the answers to Defendor’s noble, possibly insane, quest.

Arthur’s psychological collapse is the motor that drives the majority of “Defendor.” He’s a broken man with severe mental-health issues who retreats into a colorful world of comic book fearlessness to achieve a valued identity. Deepening his voice, painting on a black mask, and loading up on children’s spy toys to help with the reconnaissance, Arthur uses his vigilante Defendor persona to assume a greater importance to the bustling world inside of his mind. It’s a satiric concept, but its offers surprising weight to writer/director Peter Stebbings, who comes to sympathize with Arthur after a slightly wacky first act. The character offers the film a unique pathology to explore and test through Defendor’s crime-solving evening activities, but does it sustain an entire picture? Not at all. 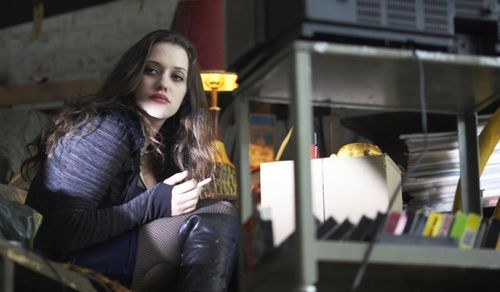 “Defendor” isn’t a comedy, as much as it tries to summon a satiric tone to buttress the homegrown superhero happenings. The script exists more in a tonal dead zone, where the broad material and the sobering reality of the situation cancel each other out, leaving a tuneless movie without the direct perspective it needs to succeed. Stebbings’s metaphors are accessible, and the relationship between Arthur and Kat finds the right thematic pitch of identity protection, where both characters find solace in being other people, helping them to smother the pain in their lives. Again, “Defendor” angles for interesting shades of gray, but it rarely encourages anything more than mild curiosity with Arthur’s decreasingly focused adventures.

The very nature of heroism is put to the test in “Defendor,” highlighting Arthur’s possible dementia as he closes in on his criminal obsession. It’s to Harrelson’s credit that Arthur remains a complex focal point for the feature, delivering a committed, daffy performance that gingerly walks the line between bold and bonkers, supported with a routine but still winningly sardonic performance from Dennings. The actors gift Stebbings the substance he desperately needs to help “Defendor” land a few of its more ideal seriocomic moves, but the film itself is a cracked cause that never takes flight in a grand manner that befits the agreeably lunatic premise. 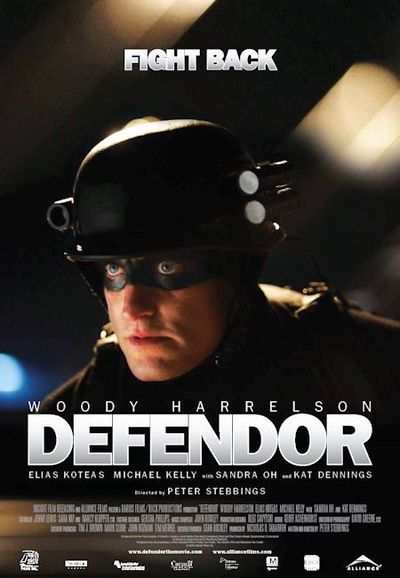