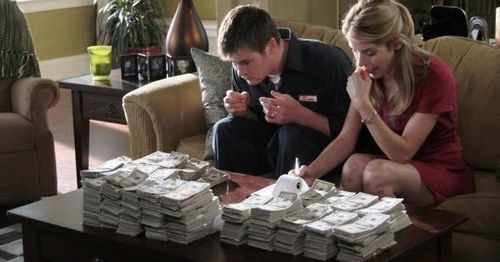 Fools, gangsters, and a suitcase filled with money. Now there’s a recipe for an exhilarating cinematic adventure, filled with thrills, chills, and the quivering lure of greed. The caper “Ca$h” (the production’s spelling, not mine) offers inept cinematography, stiff performances, and Sean Bean using a kitchen sink sprayer to mimic urination. The picture doesn’t exactly live up to the sizzling potential of the genre.

Flying to Chicago to check up on his incarcerated twin brother, Pyke (Sean Bean) learns the massive money haul his sibling was in charge of was pitched into traffic, landing on the hood of a rusted station wagon, owned by miserable working stiff, Sam (Chris Hemsworth, “Star Trek”). Now flush with cash, Sam and wife Leslie (Victoria Profeta) go on a spending spree, pulling themselves out of their crippling financial hole. Following the green paper trail, Pyke soon meets up with Sam, forcing him to track down and reclaim every last cent. Trouble arises when full repayment is impossible, leaving Pyke in a most foul and threatening mood.

“Ca$h,” despite its delightful No Limit Records title and the presence of a between-haircuts Sean Bean, is one spectacularly clumsy picture. Part thriller, part psychological drama, part comedy, the feature is dreary mess, missing a huge opportunity to hoof it up as a gangbusters crime story. Bean’s hilariously overcooked idea of masculinity aside, the picture seems more content puttering around simulating excitement than galloping forward as the thrill ride it so clearly wants to be.

Shot with HD cameras, there’s an off-putting amateurish quality to “Ca$h” that keeps matters firmly grounded. The cinematography goes for bold colors and jittery movement, but it’s a stagy effort that routinely underscores the overemphatic efforts from the cast, who broadly bemoan the dicey situation. Director Stephen Milburn Anderson doesn’t appear to mind the hollow quality of his picture, with scene after scene inflated with excessive hysterics. Between Bean’s sleepy monologuing and the rest of the cast wildly gesticulating every syllable, it’s impossible to embrace the supposed tension at hand. 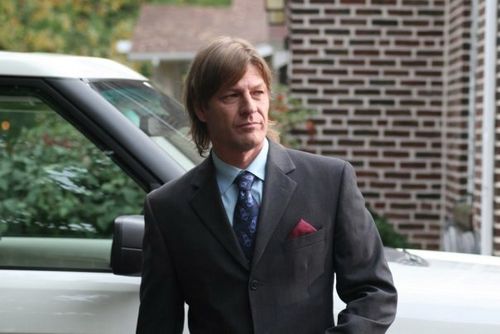 The crux of the film lies in Pyke’s pressure tactics, spending a majority of the film shoving the couple into moneymaking opportunities that range from mortgage refinancing to armed robbery. Of course, this opens the picture up to a terrifying range of commonsense possibilities, but Anderson likes to keep matters in the movie realm, with Sam and Leslie barely making an effort to outwit Pyke, despite ample opportunity to wiggle free or simply explain themselves. Pyke’s reign over the couple doesn’t make much sense, skipping further into fantasyland when the hostage situation takes on a light sexual element, making “Ca$h” not only riddled with illogic, but slightly icky as well.

The intention of “Ca$h” is to get Sam and Leslie to a point of desperation, where the idea of robbing a bank to pay off the debt is a natural progression of frayed character. The film never earns this frantic escalation, instead sustaining a fatigued sense of scripted duty that keeps “Ca$h” on a steady pace of inconsequence from start to finish. 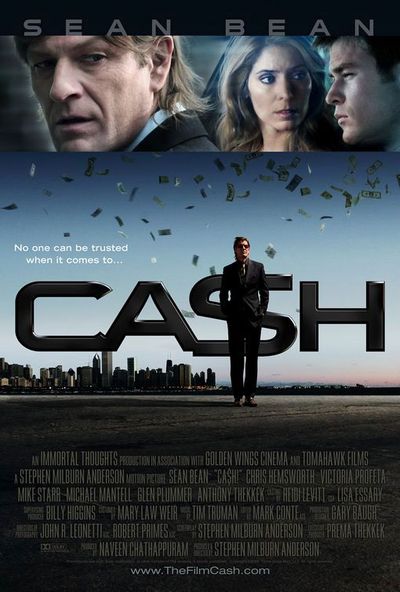