“Ajami” is an Israeli picture that closely mirrors the work of Alejandro Gonzalez Inarritu during his emotionally turbulent years with “Amores Perros,” “21 Grams,” and “Babel.” Observing the ominous nature of violence and its crushing aftermath, “Ajami” is a striking raw nerve of a feature film, holding to a steady path of dread, but keeping the story on its toes by jolting back and forth through locations and time. It builds patiently, but fascinatingly, providing a portrait of humanity struggling in one of the more volatile areas of the Middle East.

In a small section of Jaffa, a port city in Tel Aviv, the locals are growing restless as continued acts of aggression from political and religious sources threaten daily life. Omar (Shahir Kabaha) is out to avenge the shooting of his uncle; Dando (Eran Naim) is a Jewish cop tearing through Jaffa on a mission to find his missing brother; and Malek (Ibrahim Frege) is a Palestinian refugee in town to make the money needed to help pay for his mother’s mounting medical bills. Looking to keep one step ahead of criminal commotion while every action results in a horrifying reaction of brutality, the men hold strong to their loved ones as tensions rise.

Disorder is a key component of “Ajami,” the directorial debut of Yaron Shani and Scandar Copti (who appears in the film as another chess piece of distress pulled into the criminal vortex). Hostility is the backdrop for the feature film, depicting an explosive city at a tipping point of violence, emerging from longstanding feuds and seemingly harmless neighborhood disagreements. Jaffa is not lawless, but bloodshed is a daily event, leaving the majority of the community quaking with fear, while the rest elect to join the mindless cycle of revenge. 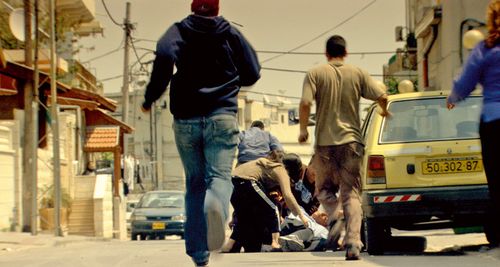 To help explore the fractured viewpoint of the lead characters, Shani (a Jewish Israeli) and Copti (Palestinian) have divided “Ajami” up into five chapters, scattering the narrative to diverse corners of perspective and psychological grasp, gradually weaving the story together while preventing a clear view of the subplots until the final reel. The distance is necessary to a certain extent, getting the viewer worked up over blunt acts of ferocity without the benefit of a larger understanding of motive. The jumble sustains the film’s alarm and dramatic left-turns, with extended passages of the feature utterly captivating due to this slow-burn manner of approach.

Also stunning is the cast of amateur actors, who elevate the material with their feral performances and deeply rooted twitches of agony. Tearing around the landscape either encouraging trouble or desperate to escape from it, the ensemble masterfully captures an ideal pitch of paranoia as the story coils into a final lunge of severity, building to a last cruel piece of the puzzle. The performances are alert and vivid, digging into demanding areas of response. It’s hard to believe most of these people are making their acting debut.

“Ajami” is a riveting sit, flush with intriguing documentary textures and suspense set-pieces to help sustain a sense of realism to a fictional piece of work. It’s a fascinating peek into raging Middle Eastern religious division and tragedy, compellingly corrosive and heartbreaking to the bitter end. 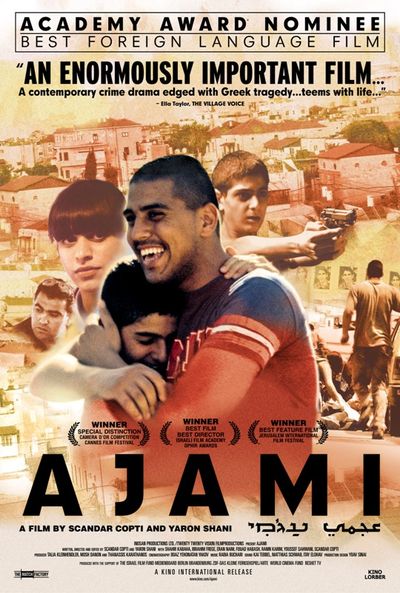