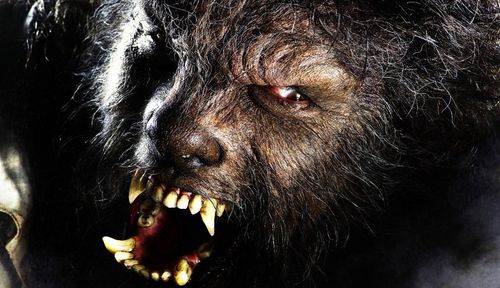 “The Wolfman” endured a rough journey from production to the big screen, with numerous reshoots, heavy editorial attention, and a slew of missed released dates. The fractured history of the film’s formation is easily viewed onscreen. A mangled, short-sheeted stab at reanimating a horror icon, “The Wolfman” is a mess; it’s a poorly-stitched, overthought, ear-splitting bungle of a picture, dragging a few normally trustworthy filmmaking professionals down with it.

Hearing of his brother’s brutal murder at the hands of a wild beast, Lawrence Talbot (Benicio Del Toro, woefully miscast) has returned to his family estate in Blackmoor to investigate, reuniting with his estranged father, John (a sleepwalking Anthony Hopkins), and consoling Gwen (Emily Blunt), his brother’s fiancée. During an attack by the vicious creature, Lawrence is bitten, soon cursed to become a Wolfman with every full moon. Called in to thwart the growing monster threat is Inspector Aberline (Hugo Weaving), who suspects Lawrence of evildoing when more bodies begin to pile up. Caught between the urges of his new animal instincts and his developing feelings for Gwen, Lawrence is forced to confront his savagery, which can only be stopped by true love or the taste of a silver bullet.

Movies spin out of control all the time. It’s the nature of Hollywood, with all of its numerous idiotic opinions and positions of ruthless power. But how did Universal Studios, the birthplace of horror for goodness sake, screw up “The Wolfman?” It’s seems a simple enough recipe: a Wolfman, unattainable love, a couple of full moons, and the long arm of the law. Boom, done. Bake until crisp, serves millions.

This “Wolfman” is a more complex endeavor. At least it once was, before Universal wrapped their paws around the picture, shaving it down to a 100-minute-long highlight reel of whatever Andrew Kevin Walker and David Self dreamed up in their screenplays. “The Wolfman” burns through its story in a hurry, eager to arrive at the bone-cracking transformation sequences to give chiller fans what they crave. Trouble is, the plot appears to be a heavily considered meditation on the dual nature of man and hostile familial devotion, making Lawrence a tortured soul cursed to ride out his worst nightmare of murder, carried away by his brutal prison of lycanthropy. The finished film only lightly touches on Lawrence’s curse and John’s cruelty, pushing aside coherent characterizations to make room for bloodshed and the business of being hairy. 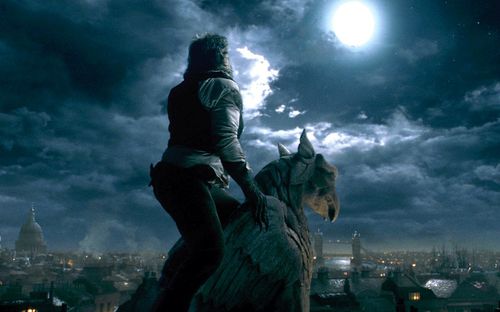 “The Wolfman” isn’t an action-packed picture, with only a small corner of the run time set aside to watch Lawrence rip bodies in half or snack on his victims. What’s here is memorably extreme, and the picture is certainly at its most virile when showcasing the Wolfman rampage, using a mix of outstanding make-up effects and lesser CG-enhanced monster mayhem, which assumes a major role in the transformation sequences. The film earns its R-rating with images of limb-snatching carnage, but most, if not all of these money shots are over before they receive a chance to sink in. Director Joe Johnston pushes the film along instead of lingering in the moment, which will surely disappoint monster movie fans looking for wall-to-wall Wolfman.

We’re left with a “Wolfman” that sprints from scene to scene, picking up the basic narrative information as it goes, but little else. John’s maliciousness is vague at best, the romance between Lawrence and Gwen far-fetched and scarcely developed, and the oddball Gypsy fortune telling (embodied by Geraldine Chaplin) that struggles to explain monster motives is half-baked and quickly scrubbed away. What’s left is a gorgeously photographed (by Shelly Johnson) picture of imposing moonlit danger and ornate Victorian production polish, but no energizing cohesiveness. “The Wolfman” feels like it’s been gutted and sewn back together, stripped down to the basics to appeal to the widest, least discriminating audience. It’s a lousy situation of bruised artistic accomplishment, leaving little in the film worthy of a rooftop howl. 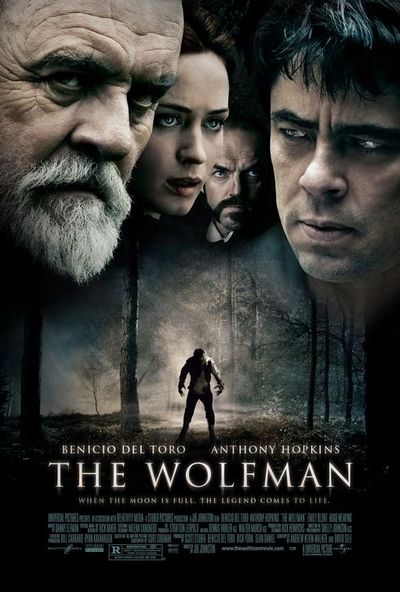