“Shutter Island” is director Martin Scorsese’s ode to madness. Immaculately crafted and imposingly scored, the picture is a feast for the senses. However, that trademarked virtuoso touch doesn’t translate to the most riveting sit. For the first time in a long time, Scorsese seems to be overcompensating, firing on all cylinders to prevent the inherent stasis of the plot from settling in prematurely. While it’s destined to be pulled apart by film scholars for decades to come, “Shutter Island” remains an anomaly for the maestro, who feverishly works over the script with his typical widescreen gusto, only to end up with a flaccid central mystery barely worth the exertion.

In the year 1954, U.S. Marshal Teddy Daniels (Leonardo DiCaprio) and new partner Chuck (Mark Ruffalo) are making their way to Shutter Island, home of the Ashcliffe Hospital for the Criminally Insane. There to investigate the disappearance of a particularly violent offender, Daniels is instead drawn to the peculiarities of the hospital’s chief physician, Dr. Cawley (Ben Kingsley), and the secrets hidden amongst the patients. Suffering from post-traumatic stress disorder brought on by the death of his wife (Michelle Williams) and his time liberating Dachau during WWII, Daniels is already at a breaking point, finding his frustration with the staff’s lack of answers intensified as the island is walloped by a hurricane, making exit impossible.

“Shutter Island” is a gothic mystery piece, playing into Scorsese’s encyclopedic knowledge of film history; it’s somewhat of a Quentin Tarantino-type jag for the director, paying homage to the horror and psychological chillers of his childhood. Adapted by screenwriter Laeta Kalogridis (“Pathfinder”) from the novel by Dennis Lehane, the film is a dense, multi-character stroll into the screaming corners of the brain, leisurely wading into a mystery of minimal importance to support the wrathful confusion boiling inside of Daniels. It’s not a horror film or a whodunit. Heck, it’s not even much of a big screen riddle. “Shutter Island” merely pumps disease through its circulatory system, tracking the erosion of a mind fried by unspeakable trauma, set loose inside a loony bin where everyone has a special reservoir of psychosis waiting to be emptied. 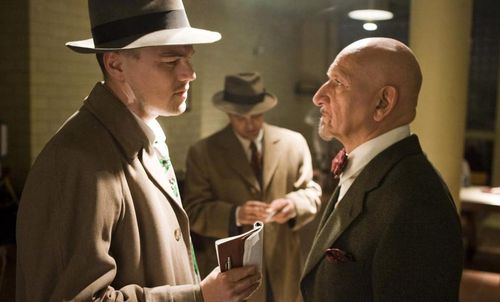 The void disorients Scorsese to a certain extent, as he works full-steam to lend the picture the aura of a crackin’ genre picture, teeming with banked turns of suspense. The effort is appreciable, with haunting screen details and concentrated, Technicolor-flirtatious cinematography from Robert Richardson (making the feature a future film school favorite), not to mention masterful editorial trickery from longtime Scorsese collaborator Thelma Schoonmaker. At its best, “Shutter Island” is a multifaceted demon of a picture, piecing together Daniels’s burgeoning mental breakdown through a precise architecture of confusion, rippling with an assortment of film tricks that permit the viewer a front-row seat to insanity. These specific segments are stupendous, representing some of the tightest, most surreal craftsmanship from Scorsese since his thickly-bearded “Taxi Driver” heyday.

The mix of the macabre and the mental could work with a restrictive running time, forcing Scorsese to tighten the copious amounts of exposition presented in the film, which, in turn, would dial up the suspense immensely. Something around 80 minutes would be perfect for “Shutter Island” to dutifully expand and retract. The film actually runs 135 minutes, falling into a repetitive grind of explanation to fully flesh out the rain-slicked ordeal. There’s too little gas in the narrative tank to sustain such an extravagant running time, leaving much of “Shutter Island” frustratingly desperate to fill the gaps, with some help from a diverse supporting cast (including Patricia Clarkson, Jackie Earle Haley, Ted Levine, Emily Mortimer, and Max von Sydow).

Sure to be controversial is the conclusion of the picture, which some might label a twist ending to cut to the chase. I don’t agree. “Shutter Island” isn’t about the plunge of the knife, but the shape of the blade, studying something obvious to most moviegoers without explicitly stating the reality of the situation until the very end. Scorsese doesn’t hit the viewer with a shovel, but draws the curious in with pronounced strands of dementia, leaving the final thunderstruck reveal for Daniels, not the audience. It’s more of a natural confirmation than a rug-pulling twist, ruined immensely by the verbal diarrhea that floods the finale, where the script feels the urge to explain the obvious in painstaking detail (Scorsese actually includes a chart to help sort things out), adding useless minutes and about four endings too many to the picture. 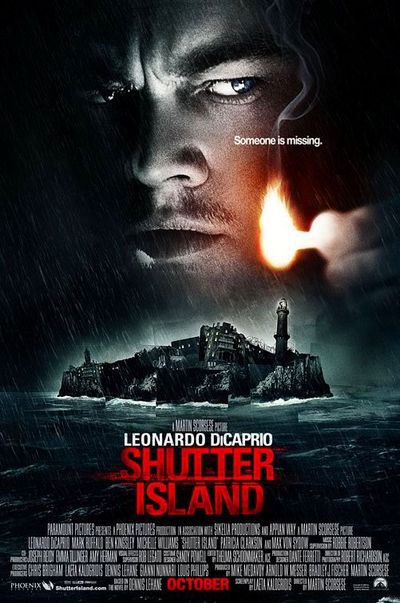 Hi, nice to read a somewhat more upbeat review of this film. It's just come out here in France. I'll be going, if with trepedation, given some of the reviews!