The first installment in a trilogy of British television crime dramas, “Red Riding: 1974” sets quite a bleak tone of criminal assault from the very start. A haunting, ornately designed odyssey of journalism, corruption, and viciousness, “1974” is an evocative motion picture that soars above its modest television origins. It’s a flawed picture, but in terms of sheer nightmarish scope and top-tier acting, it’s more assuredly constructed and bravely dire than anything Hollywood’s had to offer the genre in quite some time.

When a young girl goes missing in West Yorkshire, England, it triggers the brash investigative instincts of crime reporter Eddie Dunford (Andrew Garfield). Taking the case to make a name for himself, Eddie sniffs around for clues, interviewing the locals and conferring with colleagues while piecing together a story. When the girl is found raped, murdered, and with a pair of swan wings stitched to her back, Eddie uncovers a link to previous child murders in Yorkshire. Consumed with exploring the connections, the reporter unwittingly uncovers a vast reservoir of corruption in the land, leading to the doorstep of devious developer John Dawson (Sean Bean), while his flirtations with Paula Garland (Rebecca Hall), a grieving mother of a prior victim, threaten to cloud his judgment.

Adapted from the novels by David Peace (who actually wrote four “Red Riding” stories in total), “1974” initiates the extensive tale with a convincing bout of revulsion, dragging the viewer into a smoke-choked era of shaky journalistic integrity and power-mad men of authority. It’s a recognizable chess match of wits, wicked bodily trauma, and suffocating period discomfort, but director Julian Jerrold (“Brideshead Revisited”) tangles it up in a visual pretzel for maximum unpredictability, conjuring a tempestuous Brit dreamscape that reinforces the discomforting intimacy of the child-slaughtering crime wave, and the unexpected disposition of the players involved. 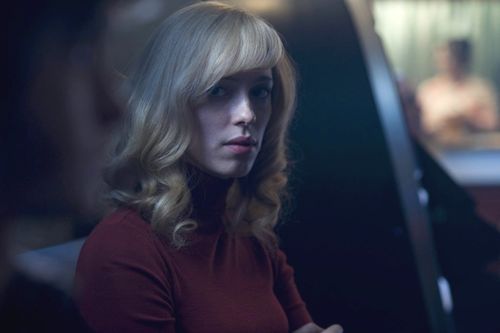 While submitting a buffet of characters with shady intentions, “1974” prefers to live more in the heat of the moment, holding tight on Eddie as he determines where not to step and who not to trust. Jarrod musters up a stylish picture of disturbing unification and unyielding suspicion, luring our hero into dreadful areas of revelation and threat, most pointedly in the company of Paula, an undeniably sensual woman conquered by the everlasting ache of her loss, giving herself to men seeking to provide bedroom salvation, which charges the only remaining responses she has left. The closeness of the cinematography is stunning at times, but it has a tendency to linger past its expiration date, especially when dealing with the sexuality burning between Paula and Eddie, often grinding the film to a stop to view beautiful, but superfluous abstract imagery.

Better is the case of serial murder at hand, which winds through a grim routine of conspiracy and betrayal, with enigmatic characters, a mentally challenged fall guy, blackmailing, police brutality, criminal torture, and the pure ooze of Dawson, played splendidly by Bean, who arrives in the film’s second half to renew the potent ambiance of dread Jarrod pumps throughout the film. The puzzle pieces aren’t perfectly sized, and as a Yank, I found the Yorkshire accents difficult to decode, making the complexity of the story impossible to fully seize. However, the tenets of crime cinema are well taken care of in “1974,” which sets a specifically chest-tightening tone of anxiety and futility that makes the next two pictures (“1980” and “1983”) impossible to miss. 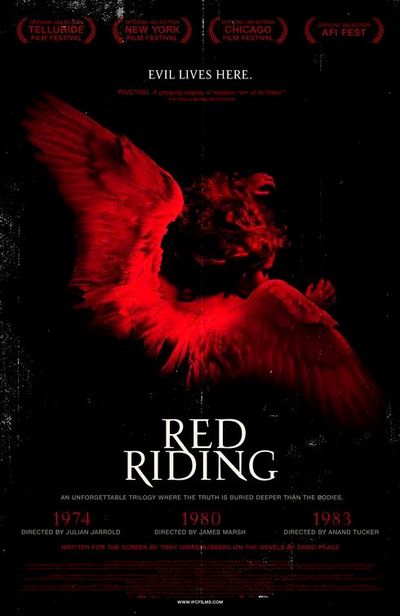