Celebrating their ninth year as partners, Jimmy (Bruce Willis) and Paul (Tracy Morgan) are out to take down a drug lord named Poh Boy (Guillermo Diaz, “Half-Baked”), smashing the rules and shooting up the city as they dole out justice. Domestically, Paul is in a bit of a pickle, faced with a monster bill for his daughter’s wedding. Ready to finally sell a rare baseball card to pay for the celebration, Paul finds his fortune lost when a crook (Seann William Scott) makes off with the tiny cardboard treasure. Now on the hunt for the card, Paul and Jimmy find themselves up to their necks in trouble as they figure out a way to retrieve what they need and thwart Poh Boy’s criminal activity in the process. 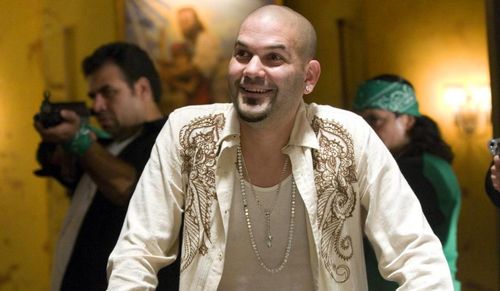 “Cop Out” is a change of scenery long overdue for Smith (working from a script by Robb and Mark Cullen), who hit the wall hard with “Zack and Miri,” finding his trademarked blend of smut and heart left out in the sun for too long, resulting in a crushingly mediocre picture. “Cop Out” isn’t a stunning change of pace for Smith, but it pulls him out of his comfort zone to a certain degree, handing him superstars to direct and violence to manage, along with a different key of comedy to help sustain a few decent laughs.

A cocktail of “Lethal Weapon” and “Beverly Hills Cop” (I’m sure the list of tributes is mile-long with this movie), “Cop Out” takes the extra step of homage by actually resembling something from the golden age of action cinema. There’s gorgeous widescreen cinematography from David Klein, which gives the frame a slick ‘80s sheen, playing with smoke and lighting to bring proper Tony Scott saliva to the goofing around. Smith even busses in “Axel F” mastermind Harold Faltermeyer to score the picture, lending “Cop Out” a pitch-perfect aural backdrop of synth chirps and beats, supplying an irresistible retro ambiance to serve the sleuthing well. Technically speaking, this the best looking picture to ever emerge from Smith, who trusts in the pros hired to bring “Cop Out” to life as both a comedy and elaborate tribute to the sights and sounds of the cocaine-dusted 1980s. 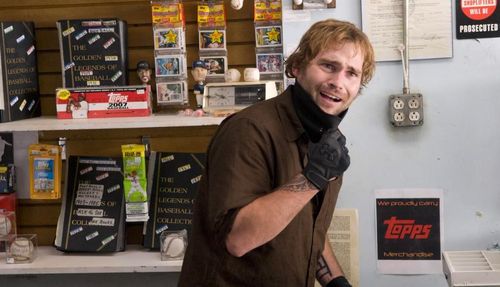 While Smith evokes the past with his visuals, the film’s tongue remains firmly planted in the present. The Cullens dream up a foul-mouthed adventure for Jimmy and Paul, stuffing the film with all sorts of taunts and improvisational exchanges meant to reinforce the camaraderie between the pair, along with their defiant attitudes toward outsiders, namely two rival detectives, played ineffectively by Adam Brody and Kevin Pollack. The cursing and potty humor is a bit strained, even by Kevin Smith standards (he of the “Dogma” rubber poop monster), though animated performances from Willis and Morgan save the film from falling into a smutty routine.

Believable as partners, the actors show unexpected chemistry as the cops on the case. It goes without saying that Willis is the straight man to Morgan’s insanity, but something about the character and Smith’s touch brings the great bald hope out of his recent professional coma. Willis looks content here with punchlines and weapons, giving more of a John McClane performance here than he offered in the last “Die Hard” picture. Morgan goes supernova broad, but it’s an appealing tornado of spastic distress. His playfulness is infectious.

Joining the celebration are Rashida Jones (playing Paul’s possibly unfaithful wife) and Michelle Trachtenberg (as Jimmy’s daughter and excitable bride-to-be), and even Smith stalwart Jason Lee pops up as Jimmy’s affluent domestic rival, returning a bit of the familial Smith magic into the film. 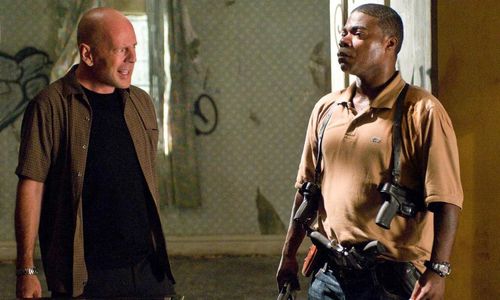 “Cop Out” is a fun ride, but not a smooth one. Smith isn’t exactly James Cameron when it comes to staging massive waves of action, leaving the assortment of car chases and fisticuffs lacking a needed swiftness. Due to the scattered criminal commotion, the picture leaps around from location to location, which creates a distracting stutter to the picture, leading to a droopy midsection as the plot stops to sort itself out for the grand finale.

“Cop Out” retains a scruffy appeal, perhaps enjoyed more for its cinematic ambition than its actual content. The film also poses an interesting question: is Kevin Smith better off directing material he doesn’t script himself? I wouldn’t step that far, but warts and all, “Cop Out” reveals a refreshing energy from the filmmaker I’d love to see him sustain into even better projects. 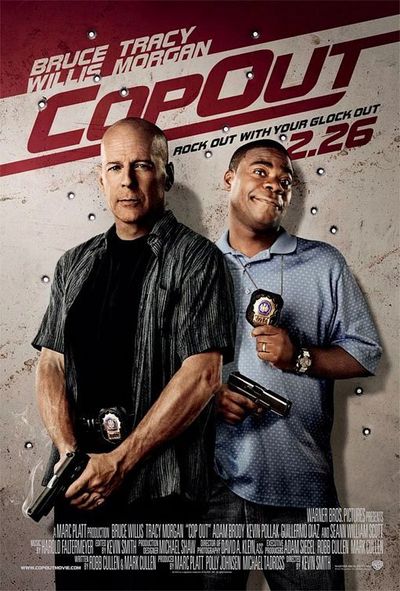