The painless comparison to make for the French release “A Prophet” is to position the picture in the shadow of “The Godfather.” In terms of epic crime film storytelling and patient character transformation, it’s a solid DNA match, yet “A Prophet” is a far more feral, scattered production, forgoing any sort of reassuring sweep to snap around like a cobra, striking randomly at anyone who steps near it. For better or worse, the picture pulses with menace, creating a striking portrait of the years spent deep inside a turbulent prison society.

At 19 years of age, Malik (Tahar Rahim) is about to begin a six-year prison sentence, entering a concrete jungle of criminals armed only with the barest of instincts. Malik is semi-illiterate and naive, capturing the attention of incarcerated crime lord Cesar (Niels Arestrup), who uses the boy to his advantage, deploying Malik to kill off his enemies and perform housekeeping work, soon taking him into the Corsican mafia group that runs the prison. Caught between his Arabic heritage and the suffocating, sadistic Corsican control, Malik learns the prison ropes slowly but surely, using his newfound wisdom and budding power to execute his own illegal dealings, courting danger from all sides as he builds a makeshift criminal empire from the confines of his cell. 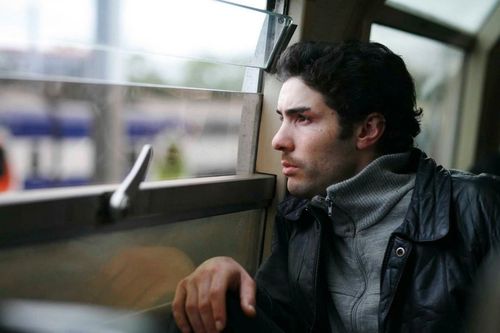 “A Prophet” is intense and inhospitable, but it’s also an intriguingly propulsive drama that respects the tenets of prison cinema while building its own identity through a distinctive cultural perspective. Directed and co-scripted by Jacques Audiard (“The Beat That My Heart Skipped”), “A Prophet” retains an icy stare, plunging cameras into bleak prison conditions and hostile inmate attitudes. The arc of the film lies within Malik, who enters the penitentiary a jittery child unaware of local rules and customs, madly scraping by to protect his person while the vultures descend.

Through his eyes we watch as the character journeys from mouse to man, a process jumpstarted by an order from Cesar to kill a crucial Muslim witness through the guise of sexual interest. The act is carried out successfully, though it drags a knife across Malik’s psyche, severing his tenuous connection to the outside world. Within the first year of incarceration, the prison (and Cesar) owns him. The rest of his sentence is spent reclaiming his individuality, by hook or by crook. 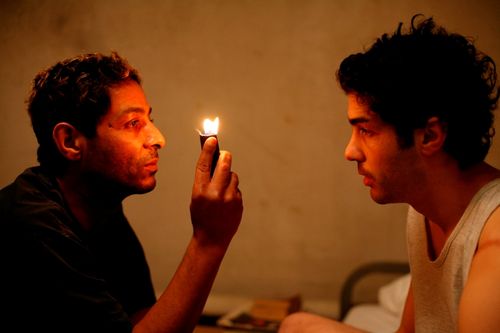 “A Prophet” is a familiar viewing experience, and Audiard gives the material more of a cable movie polish than a ragingly cinematic one. The boys-behind-bars clichés are present, but never indulged to drowsiness, staying locked onto Malik’s tortured sense of self, which provides an hypnotic screen vibration, guided astonishingly by Rahim’s fingernail-tearing depiction of caged animal survival. The story cautiously unfolds further, with Malik using his prison leave privileges to form a drug smuggling circuit with a former inmate who once encouraged his education. There’s also the business of Cesar, a ruthless master to Malik’s obedient dog temperament, who finds his penitentiary control slipping away as the years pass, filled with disgust as the Muslim population explodes. Though a frail senior citizen, Cesar is a horrifying, spittle-drenched creature who refuses to relinquish his position of power, inadvertently encouraging Malik’s resolve to fashion his own identity.

It doesn’t take long for the feature to turn into an eye-spinning game of last names, building a pyramid of criminal intent that pays homage to the great underworld stories while indulging in its own spine-chilling mischief behind bars. It’s a pretzel of a motion picture, further augmented with a few surreal dreamscape touches and optical tinkering, but “A Prophet” remains an accessible nightmare, with a near-masterful dosage of suffocation and brutality to help it crystallize in the senses long after it concludes. 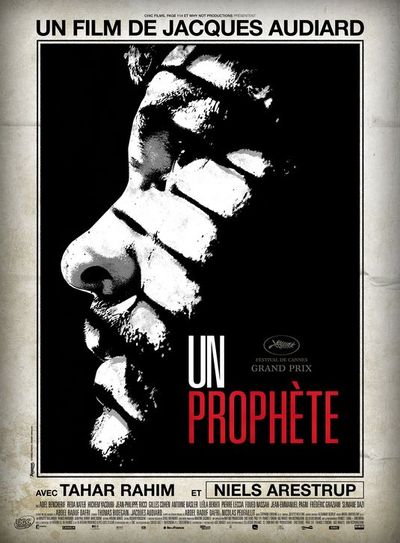