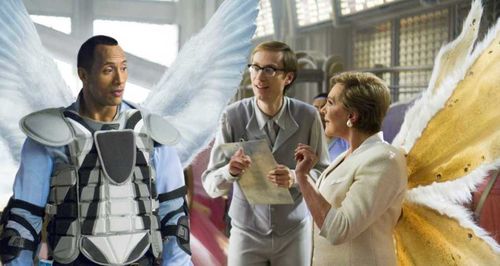 I’ve attempted to be kind to Dwayne Johnson in the past, trying to find some mythical sense of upside to dreck like “The Rundown,” “Doom,” and “The Game Plan.” Well, the honeymoon is officially over if “Tooth Fairy” is any indication of Johnson’s career ambition. Though I suppose it’s harmless in the long run, “Tooth Fairy” is profoundly unfunny and infuriatingly conventional, forgettable the very minute it commences. I’ve always hoped Johnson would find a proper footing in Hollywood, but if he’s going to waste his affability on nonsense nosepicker entertainment, there’s little motive to remain interested in his future cinematic activities.

Derek (Dwayne Johnson) is a minor league hockey titan who earns his nickname “Tooth Fairy” for the way he smashes into his opponents on the ice. A loudmouth cynic who’s seen his own dreams crushed by injury, Derek spreads his bile to Tess (Destiny Whitlock), explaining to the six-year-old girl that there’s no such thing as a Tooth Fairy, horrifying her mother/Derek’s girlfriend, Carly (Ashley Judd). Summoned to the land of fairies for the crime of disbelief, Derek is fitted for wings and sent into service as a Tooth Fairy, under the guidance of bosses Lily (Julie Andrews) and Tracy (Stephen Merchant). On assignment to retrieve various loose teeth, armed with a magic pouch of tricks, Derek is required to consider real magic and the power of dreams as he furiously attempts to balance life as a fairy with his hockey hopes. 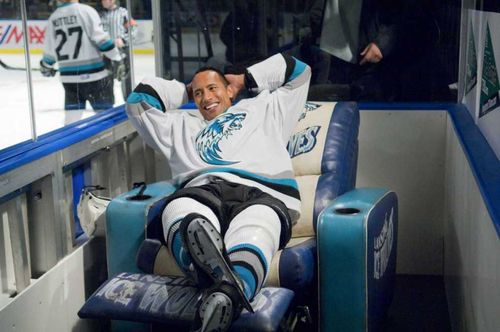 I blame “The Game Plan” for this junk. The Disney hit gave Johnson the confidence to take on more lucrative family entertainment, assuming this was his core demographic after all his action bonanzas fizzled at the box office. Fortunately, “Tooth Fairy” is not a Disney film, it’s a Fox release, meaning it’s simply idiotic and shoddily produced rather than maliciously sentimental. Overall, the movies share the same idea: ego-drenched sports hero finds salvation in the purity of kids. The twist here is magic, the fairy kind that lends the former Rock a pair of CG wings, dresses him up in powder blue silk pajamas, and has the former professional wrestler trading punchlines with a perennially regal Julie Andrews. It’s a fantasy-comedy that shines a blinding slapstick spotlight on Johnson that’s completely undeserved, but man-oh-man does the actor ever enjoy his ample screen time mugging like a lunatic for the camera.

The screenplay for “Tooth Fairy” is credited to five writers, which is an insane notion if one considers how banal the jokes are and how pre-digested the emotion is in the film. It’s a feature built around the high-concept idea of a burly jerk sentenced to a fairy world, but there’s nothing even remotely clever here to feast upon, blowing a perfect opportunity to razz the conventions of masculinity with a few puckish jokes that didn’t involve Johnson making bug-eyed faces or subjecting himself to some sort of VFX humiliation. Perhaps I was expecting too much from something this unsophisticated and pun-crazy, but with Andrews and Merchant in supporting roles (Seth MacFarlane cameos, as does Billy Crystal, reminding the world that his eight-year-long exile from movies was justified), “Tooth Fairy” could’ve made a few left turns to engage older viewers. The effort is always appreciated. Instead, the film remains in a comedy coma. 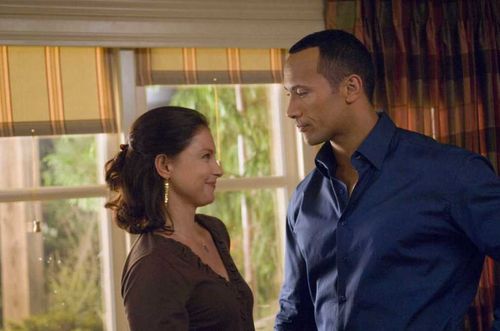 The plot is smudged Crayola, structured like every other family film around. Derek is mean, Derek learns some lessons, Derek is nice again -- it’s a terribly tedious road map the film follows without fail, hitting comedic beats anyone can see coming a mile away, while director Michael Lembeck (“Santa Clause 3”) kicks back and allows his star free rein to display whatever hacky bit of funny business he chooses. Your kids may spend 100 minutes enjoying what “Tooth Fairy” has to offer, but don’t be surprised if they immediately request a bath afterwards. The stench of a Dwayne Johnson stinker can be overpowering even to the smallest noses. 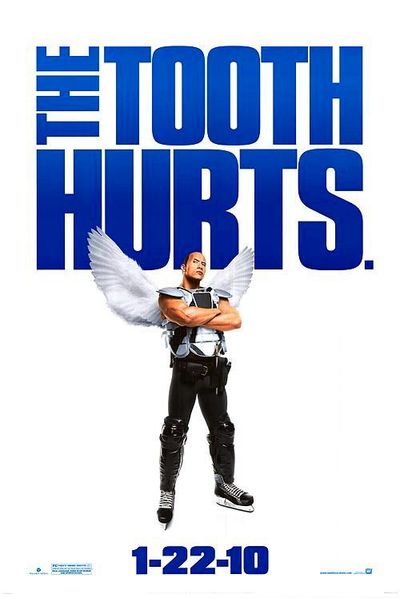