Nick Nolte the actor is a celebrated professional with an eccentric, semi-enviable list of credits to his name, revealing a passion for the art form and willingness to surprise. Nick Nolte the man is a walking contradiction; he’s a soul on a life’s quest to find emotional truth in his profession, yet buries his feeling under layers of chemical excess and a pathological need to lie to the press. There’s no one better to tell the story of Nick Nolte than the actor himself, who takes center stage in this undeniably hypnotic but eventually aimless documentary.

Director Tom Thurman has dared to enter Nolte country, though he’s passed the duty of interview agitator to Nolte himself, who assumes a dual role as the grizzled man of the hour and his focused interrogator, studying each other through laptop web cams. It’s Nolte squaring off against his greatest enemy: himself. Thurman’s job to mold something out of the actor’s verbal gamesmanship, allowing Nolte to wander through his career, exploring his methodology, while encouraging famous faces (including Ben Stiller, Alan Rudolph, Jacqueline Bisset, Rosanna Arquette, and Powers Boothe) to comment on Nolte as both friends and collaborators. 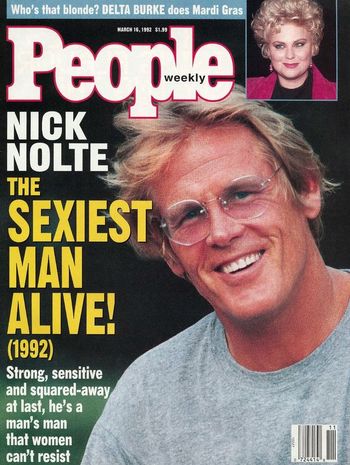 The mix of perspectives suits Nolte well. Here’s a man who’s never been pinned down to a certain type, taught by Marlon Brando at an early age to pursue an exciting career, not necessarily a lucrative one. From his origin as a Midwestern boy reaching maturity during the 1960s to his lean years as a stage actor, Nolte recalls fragments of his development, stumbling into Hollywood without much patience for what the industry publicity machine typically does to handsome leading men. To an almost frustrating degree, Thurman sprints through Nolte’s career, allowing only the briefest of reflection on such films as “The Deep” (where he caused daily trouble due to his reluctance to star), “The Thin Red Line” (falling under the hippy-dippy daze of director Terrence Malick), and “48 Hours” (Nolte admits the film was almost entirely improvised). Psychological excavation be damned, there should be more talk of past big screen glory, especially with the actor this uncharacteristically collected, clad in a stained shirt, covered in sweat, and clutching a 7-Up bottle filled with God knows what.

“No Exit” does address the dirt, with Nolte calmly confronting his alcoholism and drug abuse, along with a rather logical explanation of his infamous mug shot from a 2002 arrest (he claims it wasn’t a official police photo at all, but an opportunity to help cash in on his indiscretion). Nolte also discusses his propensity for lying to the press, which, in a very calculated matter, casts doubt over everything revealed in the documentary. The actor delights in his enigmatic ways, which entertain and protect him, keeping Nolte in step with his youthful troublemaking spirit. 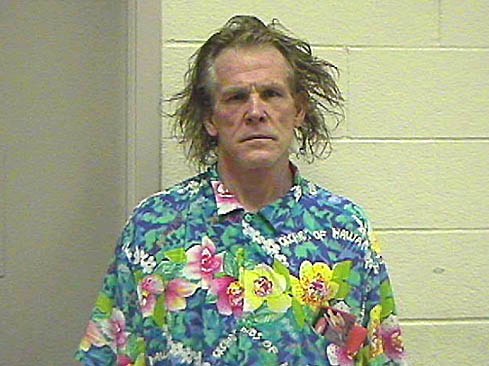 All the misleading, grunting, and dodging doesn’t add up to a sustained portrait of the actor. “No Exit” is better appreciated as a piece of loopy performance art, allowing Nolte to confront his worst fear of self-examination without the burden of outside forces keeping him on target. Nick Nolte is one of Hollywood’s greatest thespian mysteries; he’s a man of immense talent and filth, and while “No Exit” doesn’t crack him open as widely as desired, it does chip away a few inches of his standoffish exterior. It’s a start. 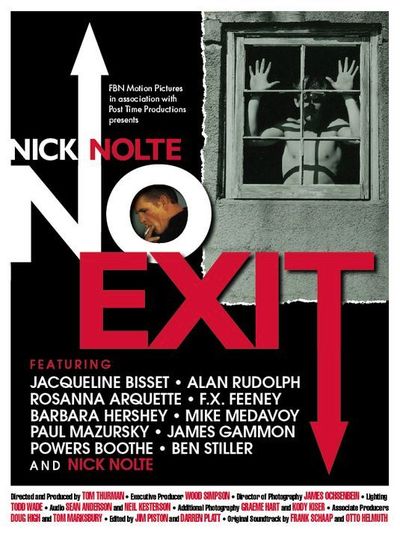 you where right, some people only look for the worst in others. I Thank You for just being you, telling others how you really feel in No Exit. If we all cared about what others said about us, most of us would be dead or in crazy house. Be Blessed.