Film Review - Made for Each Other

The trials and tribulations of a sexless marriage are comedically noogied in “Made for Each Other,” the latest riff on bro-centered neuroses. Enthusiastically arranged and flecked with moments of amusing comic inspiration, “Made for Each Other” nevertheless plays like a failed sitcom pilot, a foul stench director Daryl Goldberg can’t scrub away no matter how hard he tries (that is, if he did actually try). Low-budget and oddly fixated on DOA jokes, the picture certainly deserves a gold star for showing up, but the bellylaughs are few and far between.

Dan (Christopher Kennedy Masterson) is struggling with his new marriage, facing a complete shutdown of sex from wife Marcy (Bijou Phillips). Frustrated, confused, and publically humiliated, Dan ends up cheating on his wife with his particularly aggressive sister-in-law/boss (Lauren German). Wracked with guilt, Dan and his buddies (an unfunny trio of Samm Levine, Danny Masterson, and Kyle Howard) hatch a plan to hire a pompous actor named Mack (Patrick Warburton) and have him sleep with Marcy, thus creating an infidelity equilibrium. However, once the scheme is set in motion, Dan grows paranoid and panics, sprinting off to stop Mack before he seals the deal.

There are moments in “Made for Each Other” where it appears that Goldberg has the correct vision for this crude but lighthearted comedy. And then sequences arrive that make the film feel about as imaginative as one of those awful “American Pie” DTV sequels that seem to arrive with every seasonal change. It’s a mixed bag of pleasures that never congeals to satisfaction, fighting an uphill battle against a stream of similar product armed with the same gross-out jokes and strident performances. 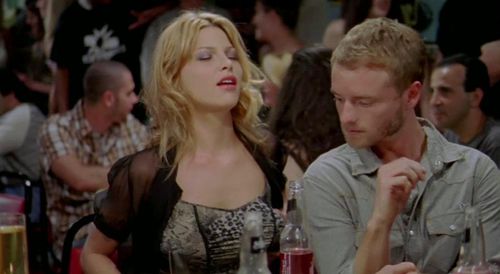 “Made for Each Other” fares much better when attempting welcome diversions of quirk, including a depiction of a chicken wing bar where the munch-happy patrons are stained with drippy buffalo sauce for the rest of the evening. Goldberg pulls off a few adequate sight gags as well. However, it’s not all gold, especially when time comes to explore Mack, a cheeseball method actor Dan finds from a production of “Waterworld: The Musical.” The Costner-ribbing stage sequences drag on interminably, stopping the movie to lampoon a 15-year-old film with deadpan-coma Warburton clomping around in the lead role.

“Made for Each Other” does allow the normally piercing Phillips an opportunity to silly it up, which is nice for a change, and Masterson is sufficient in the lead role; he’s a solid straight-man to the parade of stupidity. The picture isn’t offensive, just frustratingly fruitless, consumed with the obvious when the unpredictable makes for more exciting cinema. “Made for Each Other” misfires, but there’s promise in there somewhere. With a little refinement and a sense of adventure, Goldberg could become a satisfactory comedic filmmaker. 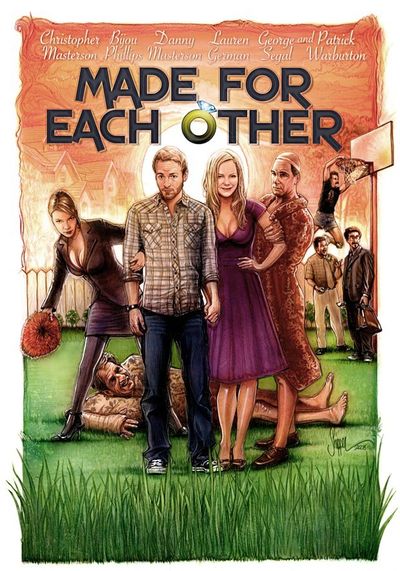