Coming just a week after the holy roll of “The Book of Eli” is “Legion,” a film decidedly more literal about its heavenly intentions, pitting angels versus humans in a war for the future of civilization. Sounds pretty cool, right? Well, “Legion” is quite the opposite; it’s a labored, darkly photographed, cringingly acted hodgepodge of fanciful geek-bait genre ideas and hideous connect-the-dots scripting. Who knew the end of the world could be such a screaming bore.

After God loses faith in humankind, he summons a swarm of destruction to wipe out Earth, with special attention placed on the unborn child of a truck stop waitress named Charlie (Adrianne Palicki, TV’s “Friday Night Lights”). Michael (Paul Bettany) is a rogue archangel who’s arrived to protect the fetus, making his way to Charlie’s remote location armed to the teeth. Corralling the locals (Dennis Quaid, Charles Dutton, Lucas Black), some patrons (including Kate Walsh), and a passer-by (Tyrese Gibson) into the fight, Michael and the gang turn the truck stop into a bunker, while waves of angels, demons, and plagues violently arrive, on the hunt for the baby. Fearing the arrival of rival archangel Gabriel (Kevin Durand), Michael pushes Charlie into labor, hoping whatever she gives birth to will be the key to stop the obliteration of humanity. 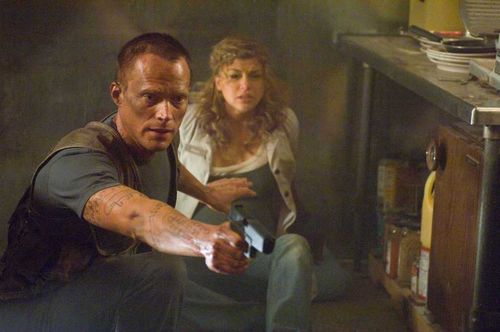 “Legion” marks the directorial debut of visual effects craftsman Scott Stewart, and the inexperience shows all the way through the motion picture. “Legion” is divided up into two parts: one half devoted to fancy effects depicting the evil angel onslaught, and the other set aside for a team of unlikable characters to endlessly drill exposition into the picture. The screenplay by Peter Schink and Stewart is one of the clumsiest, most awkward pieces of filmic writing I’ve heard in a long time, clueless where to comfortably take this wild Armageddon premise. All these angels, machine guns, and B-list faces, and “Legion” ends up astronomically tiresome, teeming with idiotic dialogue bluntly performed by a limited cast visibly unable to compute if the material is high camp or gothic catnip.

“Legion” is slow and unnecessarily verbal, spending more time developing characters than getting down to machine-gun business. Perhaps it’s a budget issue (everyone knows angels are expensive), or maybe Stewart is just that green a filmmaker. Either way, “Legion” takes an eternity to go nowhere, occasionally stopping to stage an attack sequence or a gore moment. It’s just not enough. Also lacking is the film’s religious overtones, which read more Marvel Comics than biblical. Here, the angels have metallic, bulletproof wings and blow holes in walls that leave the flaming outline of a cross -- not really the stuff one might find in the average King James. Stewart isn’t out to offend, but the shortage of truly daring Jesus-fu is disappointing. 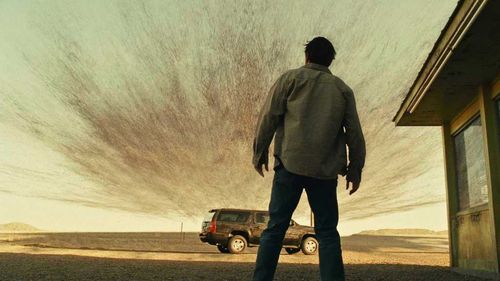 I ask, dear reader, what would you rather see: majestic angels tearing through the sky, raining fire from the heavens or acting-impaired Tyrese Gibson stumble through a lumbering monologue about his days as a “shorty?”

The problem with Scott Stewart? He’d rather watch Gibson.

“Legion” is dreadfully edited, seemingly lit by a single book of matches (it’s impossible to decode long stretches of the film), and bravely sets up a sequel in the finale. Something tells me it’ll take a miracle from heaven for that to happen. It’s a dopey horror-action mishmash, but “Legion” doesn’t quite understand its own potential. Instead of causing divine damage, the movie commits the ultimate sin of tedium. 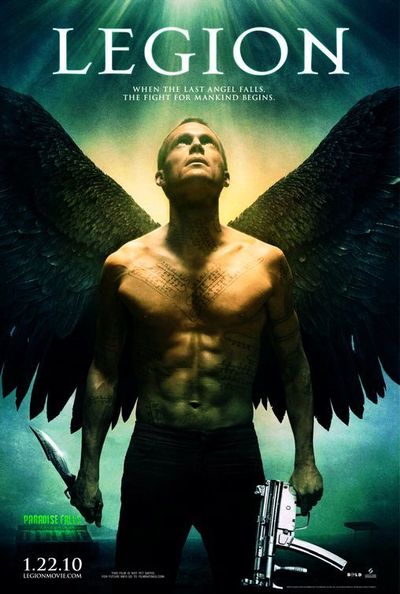