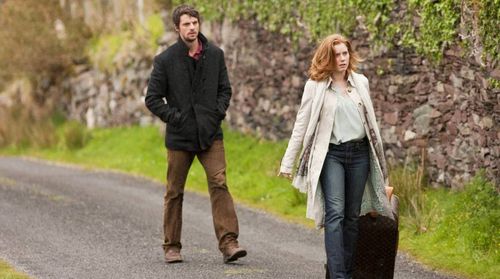 Over the last few years, Amy Adams has climbed the ranks to become one of the more formidable actresses of her generation. Blessed with Cinerama-wide charisma and impeccable chops, Adams has been on quite a tear as of late, singlehandedly elevating “Enchanted,” staying alert in “Doubt,” and making the “Night at the Museum” sequel just a smidge more palatable than it had any right to be. Well, it seems Adams has let her agents get the best of her, urged to try on an ill-fitting, fantastically lucrative romantic comedy lead role with “Leap Year.” It’s not that Adams isn’t capable of playing warm and fuzzy, but even her considerable gifts are no match for a sour screenplay that lazily staples together a tale of Euro swoon from other tales of Euro swoon. Adams, and frankly the Irish, deserve better than this tripe.

With her all-star surgeon boyfriend (Adam Scott) failing to propose after years of dating, Anna (Amy Adams) decides to take the initiative, following him to Ireland to take part in a vague leap year tradition, where women propose marriage to men. When her plane is forced to make an emergency stop in Wales, Anna attempts to secure alternate transportation to Dublin, but finds herself stuck in rural Ireland, marooned at a pub owned by Declan (Matthew Goode). Paying a financially destitute Declan a fee to drive her to her destination, the Irishman reluctantly agrees to take Anna cross-country, bewildered by her materialistic American ways. Either through bad luck or simple misfortune, Anna and Declan find travel catastrophe everywhere they turn, frustrating the hopeful bridezilla, yet opening up a romantic connection between the pair.

“Leap Year” is an abysmal feature film, but brandishing a screenplay written by Deborah Kaplan and Harry Elfont, it’s not like there wasn’t a bright orange warning sign signaling danger ahead. Yes, the screenwriters of “Made of Honor,” “The Flintstones in Viva Rock Vegas,” and “Josie and the Pussycats” (which they also directed) are the masterminds behind “Leap Year,” and their special sludge of awful is called upon yet again to smother a routinely peaceful genre.

“Leap Year” commits its first sin by not being funny. At all. Compounding the fracture is a soul-crushing parade of foul contrivances to help ease Anna and Declan into sitcom situations of discomfort. Uh oh, the bed and breakfast only has one bed! The shower curtain is see-through! The inn keeper only wants married couples under her roof! The list goes on for quite some time, nudging Anna and Declan into the most banal, manufactured arenas of banter imaginable. 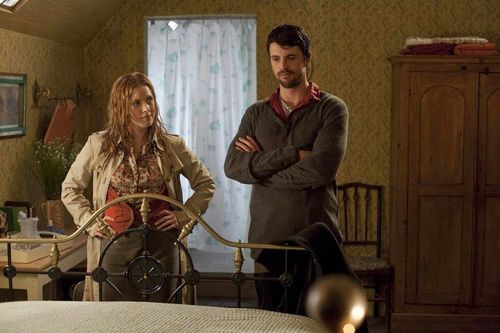 I swear, Kaplan and Elfont aren’t even trying here, simply pulling infertile ideas out of a hopper and randomly assembling them into a screenplay. There’s no emotional undercurrent, just saccharine sentiment shared by two unlikable characters; one a clichéd Irish Paddy-O-Everythingsfineafterapint, the other a clichéd American boob who clomps around in heels looking for cell service, confounding the saintly locals. We’re supposed to root for these two? I was hoping for a freak lightning storm to strike these idiots down, or perhaps a Guinness flood to wash them away.

Adams and Goode aren’t appalling in their respective roles, but there’s serious miscasting going on that only exacerbates the pain. Adams is atypically flat, cooing through a role that demands more hysterics. The actress just sort of floats around the film, as if Adams didn’t want to come off impolite; she generates little chemistry with Goode, who plays Declan in a rather unappealing man-boy fashion, coasting on his good looks to appeal to female audiences. Again, the script gives both actors very little to work with, but to watch their inherent allure drowned by this malarkey hurts the heart. Every actor needs a cash grab now and again, but it’s offensive to observe Amy Adams reduce her natural glow and remove the batteries from her skill to perform in Cosmo-approved hogwash normally reserved for Katherine Heigl these days.

Director Anaud Tucker (“Hilary and Jackie,” “Shopgirl”) should be ashamed of himself. Not only does he proudly execute a rancid screenplay with minimal refinement, but the tech credits seem a little askew, with meat cleaver editing and some laughable greenscreen work rendering the film dreary and unprofessional. I spent more time staring at said technical blunders than I did the two leads, which is not a proper reaction to a romantic comedy. “Leap Year” is as formulaic a movie as can possibly be made, making it an ideal motion picture experience…for someone who’s never seen a film before. Maybe it’ll work on them. 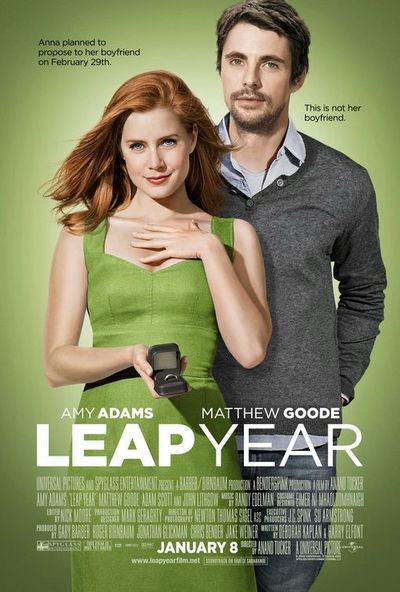