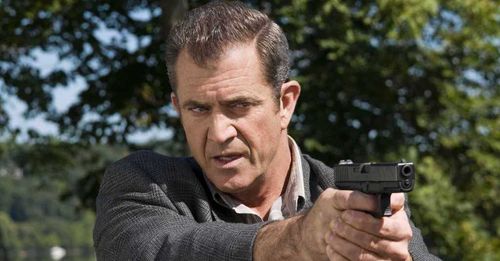 Mel Gibson has returned to acting after a seven year leave of absence, for better or worse, depending on your perspective. “Edge of Darkness” is the material that hooked Gibson out of his semi-retirement, a remake of a momentous BBC miniseries from 1985, directed once again by Martin Campbell (“Casino Royale”). Originally a six-hour engine of suspense and political intrigue, “Edge of Darkness” has been shaved down to a mere two hours of entertainment. It’s an uneasy translation, and while there’s an undeniably perverse pleasure in watching Gibson mow down baddies once again, the film as a whole doesn’t form a narrative convincing enough to support such action cinema luxuries.

Eager to welcome his daughter Emma (Bojana Novakovic) home to Boston for a visit, Detective Thomas Craven (Mel Gibson) soon learns she’s quite ill. Before Emma has a chance to confess her troubles, she’s gunned down on the front steps, dying in Thomas’s arms. Boiling with fury, Thomas searches through Emma’s belongings for any clues leading to the killer, only to find everything he uncovers points to her job at a privatized nuclear testing plant, run by Bennett (Danny Huston). Trying to build a case out of witnesses, conspirators, and Emma’s loved ones, Thomas finds his only true course of action is Boston street justice, a method cagey government agent Jedburgh (Ray Winstone) admires, helping Thomas from the shadows. 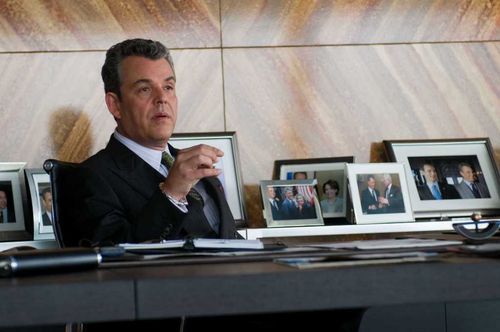 If word was to hit that “Edge of Darkness” lost about an hour of footage on its way to release, I would not be surprised. While not completely cloudy, the picture is overstuffed with characters, locations, and motivations, which eventually undo the entire feature. Though back on familiar ground 25 years after the original BBC effort, Campbell can’t finesse the extensive narrative into a smaller package, messily dragging Thomas around from place to place, putting together a list of suspects that don’t even bother to feign innocence. It’s a film free of suspense and urgency, with most of the directorial energy devoted to making sense of the central threat or setting up familiar jolts of action.

Love him or hate him, Gibson remains a movie star, and his formidable, open-wound acting is primarily the reason “Edge of Darkness” remains as approachable as it is. He’s marvelous as Thomas, a shattered father suffering from unthinkable grief, channeling his piercing cop instincts toward a threat of mysterious origins. Though the marketing would like you to believe this is all “Taken 2,” “Edge of Darkness” is far more sedate and verbose, with the screenwriters sweating to encapsulate a list of villains for Thomas to stare down. Helping the cause is Ray Winstone, who charms as the mystery man in Thomas’s life. He enjoys an amusingly hostile chemistry with Gibson which helps the film out immensely when they share the frame.

The bad guys, and that’s a firm plural, end up kneecapping “Edge of Darkness” in the strangest ways. Campbell turns the dark side of the film into pure absurdity, with sniveling men of power ordering sniveling acts of revenge, with the casting of tedious actor Danny Huston (as one of many antagonists) emerging as an unforgivably premature reveal from Campbell. By instructing these performers to overemphasize inhumanity, often seen twisting their invisible mustaches, it robs “Edge of Darkness” of desired tension. Never mind the fact that the path of villainy leads to convoluted and hackneyed political and corporate doorsteps. By the third act, subtlety is pushed out the nearest window, turning “Edge of Darkness” into a crude reworking of pathetic clichés and pained expressions, in desperate search of the proper note on which to exit.

“Edge of Darkness” does get sporadically violent with shocking bits of trauma, and the messages on environmental rape are worthy, though severely short-sheeted. It’s not the ideal Gibson comeback vehicle, but the actor makes it all charge along at a decent clip for a short while; however, as good as Mel Gibson is, he’s no match for an awkwardly compacted screenplay and all-thumbs direction. 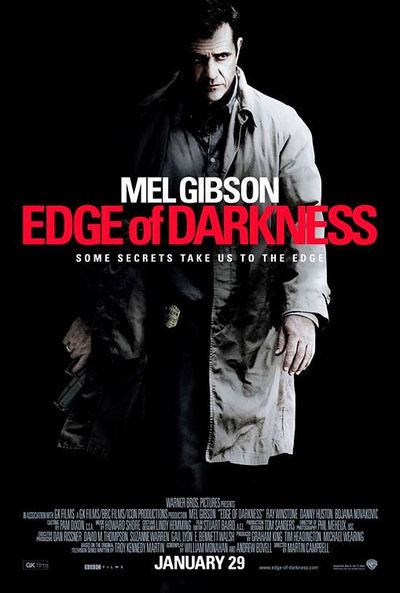