It has been said that Charles Darwin was the man who killed God. “Creation” is not a picture that reloads the gun, sharpens the nails, or freshens the noose; it’s a sensitive portrait of a controversial figure, meant to strip away over a century of accusation and condemnation, returning Darwin’s essence back to its original home of trembling doubt. It’s a film open for easy dismissal, but “Creation” is not an anti-religion screed, only an intimate drama of a man who found himself at a crossroads between the answers of science and the comfort of faith. There’s no show of teeth, no hateful agenda. “Creation” returns Charles Darwin to his humble origins in the vessel of art-house cinema, allowing the cast and crew to interpret the man through careful thematic consideration and often compelling domestic drama.

With a flurry of scientific ideas buzzing around his head, Charles Darwin (Paul Bettany) is having trouble writing a book touching on his theories of evolution. While a devoted family man to wife Emma (Jennifer Connelly) and his many children, including beloved daughter Annie (Martha West), Charles finds himself slowly degenerating due to illness, which slips into occasional bouts of madness. Faced with extra pressure from publishers urging him to complete his book, titled “On the Origin of Species,” Charles fights through his numerous ailments and the disapproval of the local Christian community (Jeremy Northam) to put his science to paper. When Annie becomes gravely ill, Charles finds his faith put to the test, causing a rift in his marriage, which further clouds the purpose of the book. 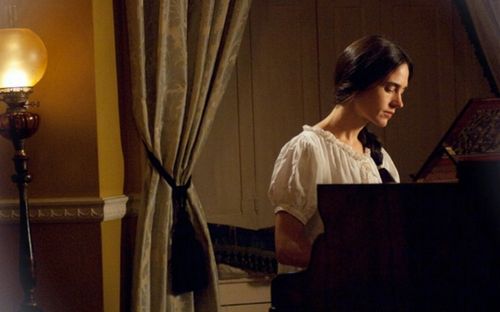 What’s so immediately striking about “Creation” is how even-tempered it is. Perhaps this is caution at play with such a hot-potato subject, but the soft approach to Charles and his contentious work from director Jon Amiel offers more than simple religious histrionics and scientific fervor. “Creation” seems to fear a ruckus will obscure its intent, so it selects a silent path of introspection, studying Charles on the cusp of fame, fighting sickness and uncertainty as he sculpts his life’s work. The stillness of the picture is disarming, perhaps even glacial at times, but the tempo finds a purpose to accurately encapsulate the journey Charles was on, where he faced unimaginable displays of mortality and disapproval (his worst fear being the loss of support from devout believer Emma) as the book came together after decades of near-spiritual research.

Though the introduction is convincing, “Creation” is not entirely about “On the Origin of Species.” Sure, the picture details the architecture of thought that filled the pages (often sold through surreal imagery), how the topic divided Charles from the community, and how the writing consumed his mind, contributing to his infirmities. However, in the second half of the film, Amiel and the stately screenplay (by John Collee, “Master and Commander”) turn their attention to the saga of Annie, and how her catastrophic illness shattered Charles, his marriage (Charles and Emma were first cousins, a fact that kept the scientist forever paranoid about the health of his children), and the very questions posed in the book. Home is the heavenly hand that balances the story, looking to appreciate the temptation of faith, a quest inflated to extreme proportions while knocking on death’s door. This stage of Charles’s life also reinforces Bettany’s commanding performance; a clear-eyed representation of scientific query and familial love, polished with inviting Victorian charms by the actor, who makes “Creation” somewhat exceptional through his stupendous efforts. Connelly isn’t offered as much to do, but her role is appropriately supportive, coming alive in the finale as Emma finally voices her opinion on the book and the longevity of her marriage. 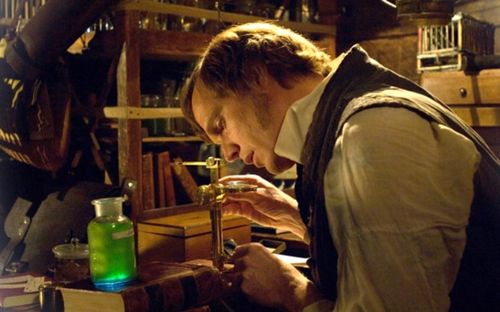 Pre-digested thoughts of Charles Darwin and knee-jerk reactions to “Creation” will create more of a tempest of controversy than anything actually in “Creation.” The film is evocative, intelligent, poignant, and delivers a good deal of clarity both in the development of “On the Origins of Species” and on the complexities of Charles Darwin the man, who shook the world with scientific theory, yet appeared more comforted by his faith in family. 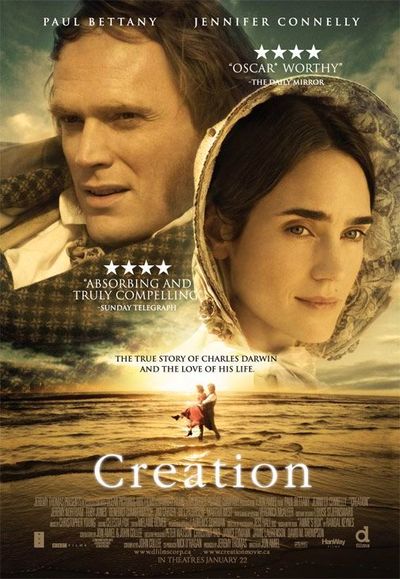