DVD Review - The Boys Are Back

“The Boys Are Back” had every possible invitation to fully submerge itself in the comforting folds of teeth-grinding melodrama. A story of parental misconduct, the picture is swarming with opportunities for grandstanding performances, domestic tragedy, and teary acts of forgiveness. Thank heavens for writer Allan Cubitt and director Scott Hicks, for they attack the material with an aim toward emotional realism, for better and for worse. A convincing drama helped along by a refreshingly vulnerable turn from star Clive Owen, “The Boys Are Back” shows unexpected resolve to approach the central conflict with sincerity, and that small effort takes something with the potential for dispiriting routine and makes it a truly responsive motion picture.

Sports writer Joe Warr (Clive Owen) has lived in a fast-paced world of professional duty for most of his life, sending beloved wife Katy (Laura Fraser) off to tend to their young son, Artie (Nicholas McAnulty). When Katy develops cancer and quickly dies, a thunderstruck Joe is left to care for his child, never having developed the proper parenting skills. Adding further stress is the arrival of Harry (George MacKay), Joe’s estranged teenage son from a previous marriage. Creating a homestead founded in chaos to hold the attention of his kids, Joe flings his life into disarray, trying to maintain his globe-trotting job with the assistance of his disapproving mother-in-law (Julia Blake) and Laura (Emma Booth), a friendly fellow parent who looks to Joe as a potential romantic partner, only to find his shell-shocked exterior difficult to penetrate.

The first quarter of “The Boys Are Back” is devoted to the decline of Katy’s health and her eventual tragic death. It’s a devastating opening act of spousal loss, launching the film as a potent tear-jerker, observing Joe struggling with the thought of life without his wife while also gravely concerned for Artie, who’s much too young to process such a serious event. Hicks yanks on the heartstrings early, but it’s an earned path of mourning and general uncertainty, which continues on for Joe as his grief results in the manifestation of Katy’s spirit, who drops by to question his skills as a fractured guardian. It’s a death that pulls the character apart, which leaves the story (adapted from Simon Carr’s memoir) an opening to explore Joe as he copes with his new life facing a kid who doesn’t know him, inside a cavernous house he’s unable to look after alone. 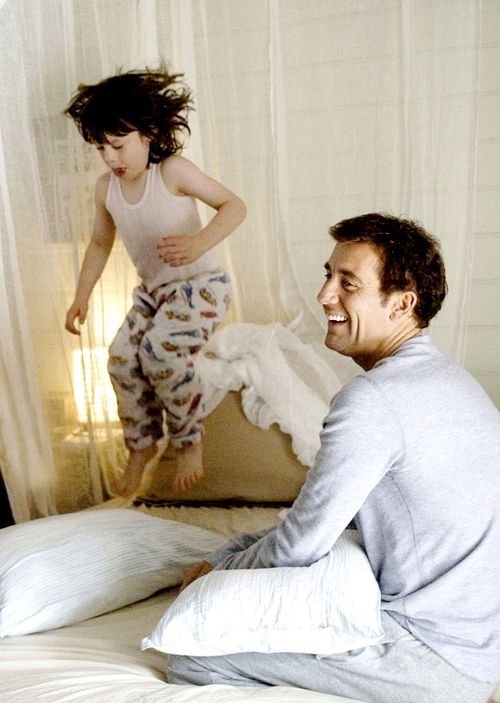 The premise of Joe and Artie in an emotional Mexican standoff of sorts could’ve easily dragged the picture into sitcom stasis, but Hicks resists the urge to walk in footprints of convention. Instead of disapproval and befuddlement, Joe approaches Artie with an open mind, hoping to avoid repeating past mistakes by engaging his child through road trips and general household anarchy, looking to a build a relationship instead of indulging his instincts to drop everything and walk away. Once Harry enters the picture (he’s an open-hearted kid, not a hip-hopeless back talker with ADD, as the cliché often demands), Hicks and Cubitt transform the Warr household into a Lost Boys refuge of minimal rules, perpetual horseplay, and a distinct absence of leadership, with Joe only offering nominal guidance out of fear it will intrude on the boy nation philosophy he’s building, much to the horror of outsiders.

Rarely played for laughs, “The Boys Are Back” instead looks to probe these wounded men and their psychological suffering, digging around for the true source of their pain. Employing dazzling Southern Australian landscapes to backdrop the adventure, Hicks generates an environmental tranquility to the Warr mess that’s enormously pleasing to watch, finding a poignancy in the locations that spills over to the rest of the drama. The marvelous cinematography (by Greig Fraser) also helps the performances to breathe, taking over the internal communication at times, speaking eloquently on the state of the Warr union when the family itself can’t always muster the words.

Presented in anamorphic widescreen (2.35:1 aspect ratio), the “Boys Are Back” DVD takes excellent care of the widescreen splendor the director is working relentlessly to convey. With secure black levels and accurate, fertile colors, certain sequences retain a healthy (intentional) glow, sustaining the necessary warmth. This is clean-looking DVD, without any major digital hiccups, showing off a wide range of moods and locations with ideal visual competency.

The Dolby Digital 5.1 sound mix reveals some trouble in the early going, with Joe’s introductory voiceover swallowed by soundtrack selections, making his critical thoughts difficult to hear. The listening experience clears up after that, suitably balancing the scoring and music cues with dialogue audio, making speeches and fits of anger easy to understand. Surrounds are only engaged by outdoor atmospherics, giving a pleasant depth to exotic locales. A Spanish 2.0 mix is also offered. 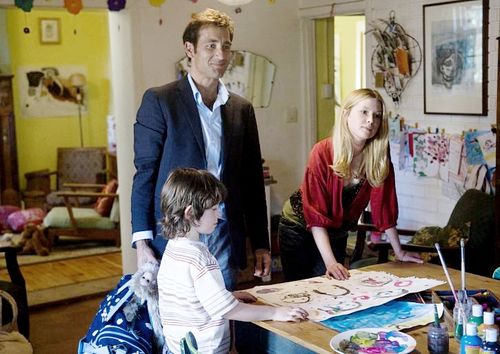 “‘The Boys Are Back:’ A Photographic Journey” (16:22) is an incredible supplementary feature, taking the form of BTS pictures, manipulated to create a liquid document of film production. It can be viewed with musical accompaniment or with commentary from director Hicks, who fills the featurette with a flood of information on creative and casting choices, location selection, and his take on the mood of the feature.

“A Father and Two Sons, On Set” (1:44) follows around author Simon Carr and his two sons as they spend a day on-set with Hicks and the cast, trying to wrap their minds around this fictional reworking of their lives.

“The Boys Are Back” feels unnaturally sanded down as it heads for the climax, and I wish Hicks had done more with Laura, played with immense charm by Booth. A few narrative shortcuts notwithstanding, the picture avoids routine with dignity, respecting its characters and the difficult decisions they have to make, often fighting through the paralysis of a shattered heart. 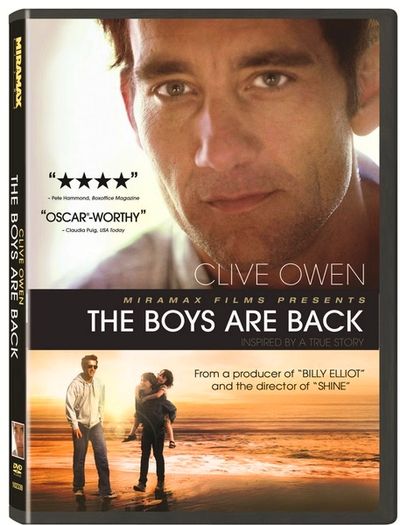