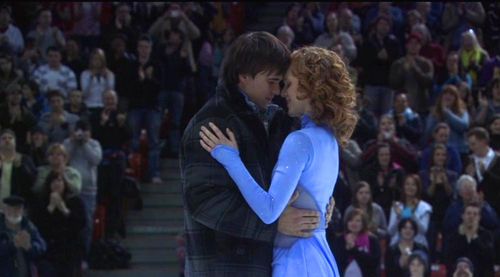 1978’s “Ice Castles” was a minor hit, but it struck a particular chord with teenage audiences, who ate up the treacly figure skating melodrama. The picture is a distant memory now, which leaves a sizable opportunity for a remake; something soft and sentimental to appeal to a whole new generation of young romantics. Stripped of its apple-cheeked Midwestern identity, grainy cinematography, and amusing histrionics, “Ice Castles” doesn’t make much of an impression the second time around. Forgoing nostalgia to play shamelessly to the Radio Disney generation, the upgrade is a gawky misfire, criminally monotonous from start to finish.

Raised on the ice of Iowan ponds, Lexi (professional skater Taylor Firth) has developed into a superb figure skater, supported by her loving father Marcus (Henry Czerny) and collegiate boyfriend Nick (Rob Mayes). When tough-as-nails coach Aiden (Morgan Kelly) takes a shine to Lexi, he pulls the dewy young thing out of her hometown and sends her to a punishing training facility, where she learns the ways of competitive skating and media manipulation. Growing apart, Nick and Lexi find their relationship deteriorating while she becomes a national champion. When an accident leaves Lexi blind and psychologically destroyed, it’s up to Nick to help her get back on the ice and rebuild her confidence.

The original “Ice Castles” was hardly a towering cinematic triumph, but as syrupy teen melodramas went, it was one of the best of its era. Starring Robby Benson (the Robert Pattinson of his day) and skater Lynn-Holly Johnson, “Ice Castles” retained an appealing small-town spitfire posture to counteract the mush, bravely submitting a few abrasive characterizations to help along this tale of woe and googly eyes. It’s was a strange, often nonsensical feature, but there was an undeniable sentimentality to the picture that director Donald Wrye nurtured smartly and efficiently, even allowing some pronounced emotions to be communicated by the forceful supporting cast (including Tom Skerritt and Colleen Dewhurst). 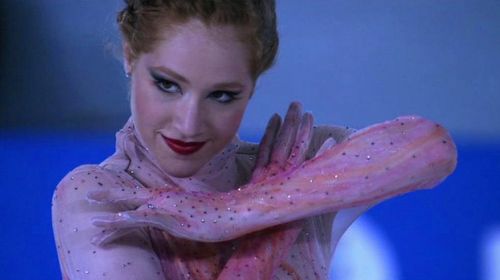 For 2010, nearly everything that made “Ice Castles” special has been peeled away by director Wrye, who returns to the source of his greatest success only to botch matters in his desperate need to justify the update. The story remains the same with a few new channels of characterization (e.g. Nick’s now an upstanding college hockey player instead of far more interesting semi-loser with severe self-worth issues), but the largest deviation comes in the execution. Shot on HD in Canada (reportedly a television production), the new “Ice Castles” can’t seem to shake its compromised appearance, coming across rather bloodless and dispiritingly safe, losing the original film’s occasional fangs to pacify a sensitive viewership with bland personalities and shapeless locations.

Part of the “Ice Castles” upgrade is found in its attitude adjustment, giving into trendy soundtrack cuts (the hit “Through the Eyes of Love” receives a screechy makeover via singer Britt Nicole) and banal dialogue to play directly to young viewers. It’s a glorified ABC Family film while the original made some effort to muddy the waters, especially in the performances. While Lynn-Holly Johnson stumbled through her acting, she remained a compelling screen presence due to her tattered virginal disco gaze -- the type of wide-eyed girl one could take to church or happily do a few bumps of coke with. Taylor Firth doesn’t offer the same vulnerable temptation, plying the role as if Lexi was some sort of nun conveniently unaware of big city dreams. She’s far too mild for the role, making her character’s eventual sexual betrayal of Nick with Aiden register as incredibly harsh. As for Mayes, I never thought I’d find an actor with less masculinity than Robby Benson. The chemistry between the two leads seems more incestuous than romantic. 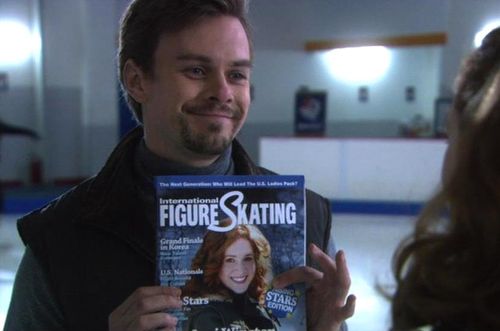 The anamorphic widescreen image (1.85:1 aspect ratio) didn’t knock me off my chair, but it’s a consistent presentation representative of the feature’s low budget and HD equipment. The image tends to smear when in furious motion, but colors are natural (arena scenes reveal a diverse palette) and black levels are strong enough to survive most of the evening footage. The film’s Canadian locations show off a convincing chill, and snowbound vistas retain their crunchy textures. 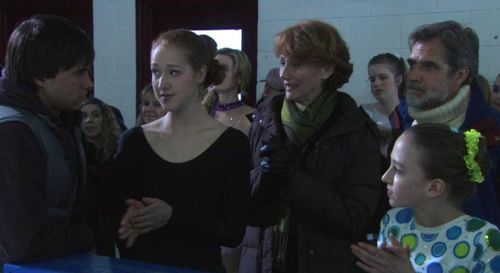 “Landing the Jump” (12:55) spends a large amount of time justifying the “Ice Castles” do-over. Interviews (conducted on-set) with cast and crew are expectedly supportive and filled with praise, though an appearance by Lynn-Holly Johnson is a little bewildering (I supposed she’s the officer of remake reassurance). Talk of skate choreography is appealing, as is the BTS footage.

“Deleted Scenes” (6:38) are primarily character sequences between Lexi and the men in her life. It’s more blunt acting from the cast, so their deletion is understandable.

If one comes to “Ice Castles” to spy the figure skating (Michelle Kwan cameos), Wrye has packed the film with performance footage -- the lone upgrade that works in favor of the remake. Enjoy the elegant ice dancing; the rest of the picture has not been reheated as kindly. Perhaps the 1978 film hasn’t aged well, remaining a snapshot of teen swoon before infantilization crashed the party, but its bumpy, irritable qualities are far more appealing than this unappealing modern polish. 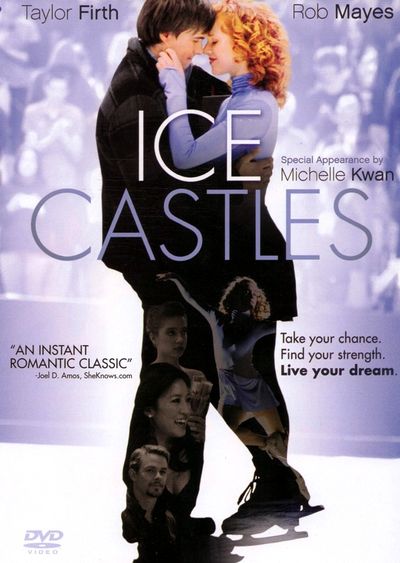