Cinematic Titanic took off the majority of the 2009 DVD release year to do something few riffing outfits do: tour across America. While a joyous occasion, the cities the group visited were limited, keeping to only a few hotspots, while the rest of us unlucky souls were left in a comedy phantom zone, without any new product to satisfy the insatiable Cinematic Titanic urge. Well, the wait is finally over, with our riff heroes blazing back to ravenous DVD players with their most harmonious project yet, “East Meets Watts,” which not only serves as their long-awaited new release, but also as a document of the live Cinematic Titanic event a majority of admirers haven’t had the opportunity to devour.

As mentioned above, the film hauled in for jocular reprimand this round is “East Meets Watts,” initially issued as “Dynamite Brothers” back in the disco goldmine of 1974. Ostensibly the saga of a Chinese martial arts expert named Larry (Alan Tang), who lands in San Francisco to hunt down the crime lord (James Hong) responsible for the murder of his brother, “East Meets Watts” is actually more of a playful “Defiant Ones” rip-off, where Larry is soon handcuffed to Stud Brown (Timothy Brown), a soul brother with his own set of problems, namely a racist, dirty cop (Aldo Ray) who wants to take both men down. Fists and bullets fly, mute girls are bedded, and microphones are intermittently faulty in this kung-fu cinema explosion, perhaps the most fertile feature the gang has been able to verbally mangle since launching the beloved brand name in 2008. 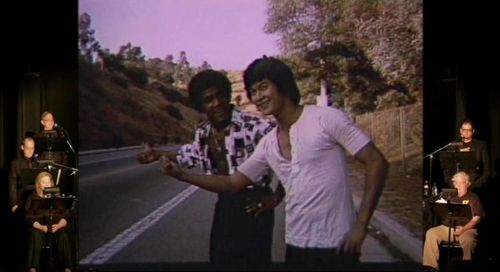 The gimmick here is the live element, with “East Meets Watts” taped in front of an intimate, responsive crowd. Instead of the traditional arrangement of silhouettes, the viewer is now allowed 90 minutes to carefully study the five faces of the riffmasters (Frank Conniff, J. Elvis Weinstein, Mary Jo Pehl, Joel Hodgson, and Trace Beaulieu) as they hug the sides of the screen while the film holds center stage. Initially, the human presence is quite disconcerting; after seven episodes of minimalist jester action, it’s odd to actually witness the gang pull off their extraordinary timing, often accompanied by grimaces and giggles. The unfamiliarity wears off swiftly since the quality of the riffing is superlative here, exhaustively poking and prodding a particularly primitive film pulled from the overflowing 1970’s vault of celluloid shame.

Also of some initial concern is the audience factor. I’m tickled to report the inclusion of this “laugh track” of sorts doesn’t distract from the film in the least. What could’ve been a cacophony of braying “Oh, I get this joke!” laughing or flaccid tittering is instead warmly affectionate and ultimately helpful in evoking an active front-row-seat atmosphere the DVD is presenting. Pushed into the background, the laughs don’t guide reactions, they simply encourage the jovial mood of the evening, even keeping a few cast members honest when they either bomb outright or cross the line of taste, which is saying something when dealing with the various caricatures found in “East Meets Watts.” 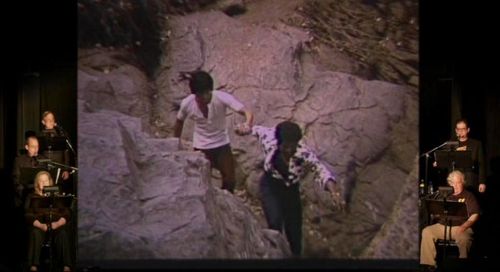 Race plays an enormous part in “East Meets Watts,” leaving Cinematic Titanic ample room to pull apart the period-rich insensitivity with marvelous precision. Additionally, the live setting provides a premiere opening for the deployment of an old-fashioned spit take, launched when the gang first encounters the racial epithets spewed by Ray’s crusty character and his cronies.

Essentially a martial-arts intensive, B-movie fireworks display, with African-American and Asian foot-n-fist powers teaming up to take down suckas of all colors, “East Meets Watts” is more delectable as a time machine for ‘70s exploitation staples and San Francisco background viewing. The punchlines are evenly distributed amongst the cast, though Beaulieu and Conniff score major points for their particularly vociferous contributions. I also appreciated watching the cast crack each other up with improvs and tango gracefully with mistakes -- a surprising addition in the age of edit-everything mania. 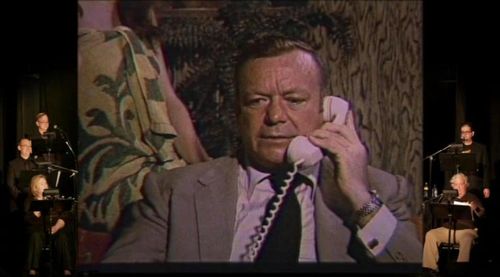 “Mystery Science Theater 3000” fans would be wise to keep their ears open for a few references to classic episodes. The group teasingly refers to it as pandering. I found it to be sustaining the love. Also, in a rare act of riff timeliness, Conniff sneaks in a reference to James Cameron’s “Avatar.”

Just something for family audiences to keep in mind: “East Meets Watts” contains brief nudity and cartoonish violence, and the riffing includes some mild cursing. Consider the DVD more of a PG-rated experience. Personally, I adore the added edge.

Presented in anamorphic widescreen (1.85:1), the “East Meets Watts” DVD presentation makes terrific use of the frame, leaving the option open to ignore the faces delivering the jokes by simply fixating on the film itself. On larger displays, the action digs up a few moments of pixelation, but for the most part, the program seems stable and in line with the rest of the Cinematic Titanic releases.

The Dolby Digital 2.0 sound mix is basic and alive, holding the audience laugh track to a less intrusive level of interaction, while the professionals go about their laugh business. All jokes and improvisational muttering is clearly audible.

A Trailer Gallery of previous Cinematic Titanic releases is included. 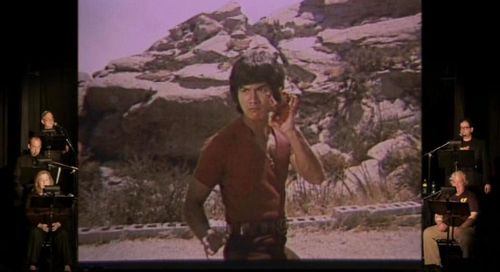 Admittedly, the live angle terrified me before I sat down to watch the “East Meets Watts” DVD, fearing the audience would dampen the merriment by trying to assume control of the comedy flow. Thankfully, my fears were unfounded. In fact, the live act amplifies the Cinematic Titanic energy to new heights of bellylaughs, helping to tackle and throttle a bell-bottomed, fist-clenched cinema stinker in the most three-dimensional manner allowed. I’m all for the studio productions, but if Cinematic Titanic shifted to live-only product, it could harvest fresh fields of funny from the viewing experience, while also curing the heartbreak incurred by living in a town the riff superfriends have deemed unworthy of a tour date.

For more information and to purchase this DVD, please visit cinematictitanic.com 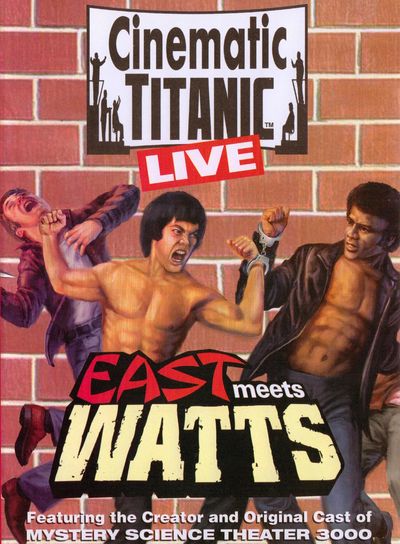