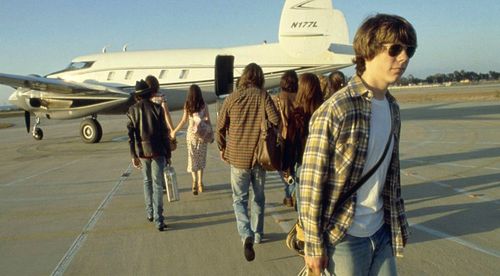 “Almost Famous” was writer/director Cameron Crowe blissfully reliving his youth. The fine details of arena rock culture, cultivated from the years Crowe spent as a teen journalist, were evocative, allowing the filmmaker to take his audience back to a golden era of rabid music appreciation (and consumption) that’s since been completely abandoned. It’s a world of brotherhood, groupies, the bright spotlight of fame, and the bitterness of business, packaged into a gushing, intuitive valentine from Crowe to his former magical life. Fully lived-in and prepared for the marathon emotional workout, “Almost Famous” not only deftly summarizes the vulnerability of celebrity, but also the bumpy ride of accelerated adolescence. A tender, expressive motion picture, “Almost Famous” is Crowe’s masterwork. 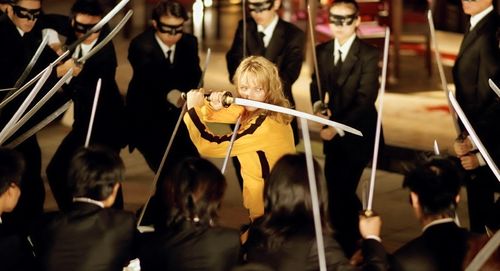 Quentin Tarantino has made a pack of superlative films, yet nothing that’s spilled out of his fizzy brain has or will match the widescreen, bargain matinee magnetism of “Kill Bill: Vol. 1.” The second chapter, released in 2004, was a proper button on a delirious saga, but unfortunately the film represented the throbbing hangover arriving after the blow-out party of a lifetime. Bundling his overfed cinematic influences into a head-spinning dream project of extraordinarily bi-polar, nutso invention, “Vol. 1” is a candy store rampage, cheering on Tarantino’s fetishes as he built a colorful war machine of ideal double-feature dementia. “Vol. 1” is the proper dosage of insanity from Tarantino, tearing a path of bloodthirsty cinematic revenge that made one feel awful for the poor film that had to follow it.

Sofia Coppola’s “Lost in Translation” is a dreamy ride into the unknown, preferring the comfort of spontaneity over the straitjacket of melodrama. Strikingly captured in the heart of Japan, this could’ve been just another culture-clash, suppressed-yawn statement of alienation, yet Coppola and stars Bill Murray and Scarlett Johansson convey a special spark to the film, feeling out its mystery and sensuality. It’s a relationship picture with elegant connective tissue; it’s brittle and real, focused on the nuances of body language and unspoken desire, while indulging in a cheeky bit of knowing absurdity when the mood strikes. Coppola mined pure gold here simply by trusting her gaze, attaining a bittersweet mood of kinship that’s almost too much to accept at times. 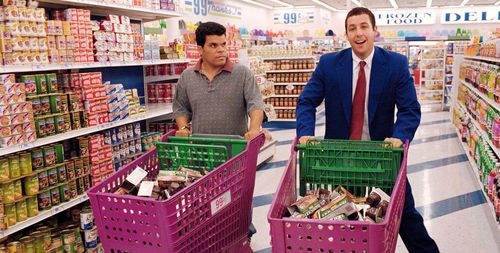 Nowadays, it’s common practice to stand a safe distance back and let filmmaker Paul Thomas Anderson work his sorcery without complaint. However, “Punch-Drunk Love” was an unusual question mark for the filmmaker, hauling man-child deity Adam Sandler into the mix to help communicate a fractured, fist-happy love story of pure pudding devotion. While certainly sweet, “Love” is more compelling as a veiled threat, with Anderson jerking the audience around, wielding abrasive characters and hostile situations in a manner I’ve come to adore. It’s performance art in a squinted, head-cocked way, though brightened by astute acting and the filmmaker’s compelling idiosyncratic touch, urging Sandler to drop his squished-face defenses and take some needed thespian risks. “Punch-Drunk Love” may not contain the finest Anderson hellfire, but as a switch to lighter, odder means of business, it doesn’t get any better than this.

Being an admirer of Wes Anderson’s oeuvre, it’s difficult to pick a single film of his that shines the brightest. “The Royal Tenenbaums” is the filmmaker’s great conjunction picture, where every element, from casting to cinematography, found perfect alignment, bringing about Anderson’s most emotionally pulling, visually arresting feature. “Tenenbaums” is a delight, nimbly constructed by a newly encouraged storyteller adapting marvelously to the A-list process, yet still maintains Anderson’s design imprint and specialized detachment. The feature’s most magnificent trick? The ability to work in an effectively troubling suicide scene and still claim a trophy as the most delectable comedy of the year. Now that’s a magic act worth cherishing for years to come.