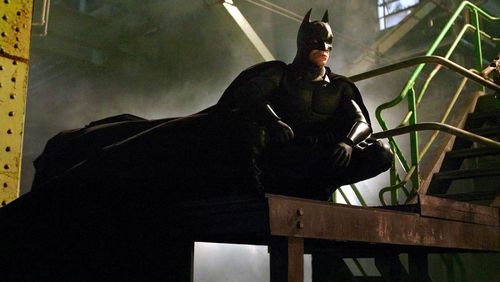 “The Dark Knight” stole all the glory, but I’m forever partial to the O.G., “Batman Begins,” if only because it supplied an exhilarating rush of superhero unrest the sumptuously made “Knight” was never entirely able to provide. Reworking decades of schizophrenic interpretations, director Christopher Nolan elected an unexpectedly unprocessed course of realism to the saga of Batman, stripping Bruce Wayne’s meteoric rise to Gotham City savior down to a bizarre authenticity of technology, metal, and instinct. Drained of its color, the franchise rediscovered its valor, landing the caped crusader his finest motion picture effort to date. And the ending? Oh, that ending. The instant Batman flipped over the evidence-bagged playing card to reveal the identity of his next foe…well, that’s the sort of heart-stopping cinematic exclamation point that only a master filmmaker and his masterful film can provide.

It’s tricky to accurately reflect on a moviegoing year that’s only recently concluded, but if I had to guess what sort of picture will remain in my system for years to come, it would have to be J.J. Abrams’s sweeping “Star Trek” reawakening. Sublime in its emotional determination and hair-raising as a sci-fi blockbuster, “Star Trek” pulled off impossible moviemaking stunts as it returned the franchise to pop culture consciousness in grand style. Refusing easy paths of blind reverence and dramatic repetition, the film glided beautifully on a sustained note of awe, shoving familiar sights and sounds into a brand new direction. Here’s to hoping the delirious thrill ride will last for the decade to come.

“Sweet Land” is present here on this list because it’s a compassionate, haunting love story set against the backdrop of Midwestern immigration hardship. The film is also held near and dear to me due to its Minnesota roots, being the rare feature to step into an unusual time and place, exploring a fascinating period of history that rarely receives a shot inside a movie theater. Exceptionally photographed and remarkably performed by actors Tim Guinee and Elizabeth Reaser (a talented pair who’ve yet to find anything that matches this material), “Sweet Land” is modest, but demonstrative, eager to detail a love story that sustains for a lifetime. Its Lutheran ethics and majestic farmland scenery pumps evocative personality into the project, lending “Sweet Land” a singular identity unmatched by anything in the marketplace. This is the Minnesota I know and love. 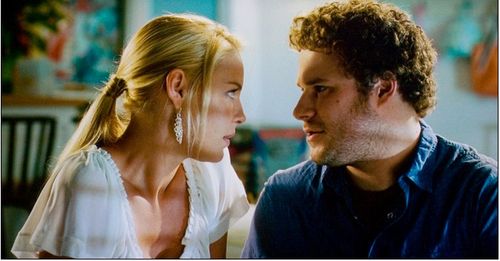 The famous films of Judd Apatow will undoubtedly factor into the film world archeology of the last decade. His mighty man-boy touch reverberated throughout the industry, producing hits and knockoffs at an alarming rate. His sense of maturity with 2009’s “Funny People” was appreciated, but nothing hits the G-spot of belly-laugh comedy and Apatowian sentimental goo quite like “Knocked Up.” It’s his cockeyed “Citizen Kane,” merging goofball, pothead jokes with a plausible story of unshakable relationship discomfort; a broad mismatch of personalities and body shapes glued together by the cruelty of insemination. Apatow corrals the ideal ensemble of young comedians to dream up the barbed dialogue, while keeping a close eye on the unexpectedly endearing aspects of the story. “Knocked Up” is Apatow emboldened but still hesitant, stepping carefully to make the best film possible. He’ll never attain this sort of impulsive freshness again.

“Irreversible” is a cheap shot. It’s an unholy terror device eager to unsettle audiences as much as humanly possible by plastering the screen with unspeakably shocking content. Admittedly, this is not a film to build a date night around, yet there’s a unique artistry to director Gaspar Noe’s unflinching journey into Hell. A story essentially explored in reverse, therefore providing a swirling sense of movement and shifting morality, “Irreversible” contains crippling, extended acts of sexual violence and general inhumanity, yet, under the bleeding rawness of it all, was a film of brilliant technical achievement and unrivaled, unrelenting ferocity. It’s an exercise in burning hopelessness that seems downright ghoulish to highlight, but to any fan of filmmaking, this lethal, bleak brew should be required viewing.

Giving Nolan a bit too much credit for that ending; he lifted it directly from Year One, after all.