The wounds of 9/11 weren’t fully healed when “United 93” opened cautiously in theaters, facing complex media scrutiny typically reserved for the latest geekgasm product. Miraculously, director Paul Greengrass was able to define sheer hypothetical horror with the utmost care, expanding on evidence and conjecture to dramatize a chilling terrorist event, heroically thwarted by a group of desperate strangers. The filmmaking cuts right to the bone, the acting is brilliantly instructed, and the tension is agonizing -- the finale alone is perhaps the most devastating recognition of fate I’ve ever seen committed to film. “United 93” is not an easy sit (a downright bruiser at times), but its craftsmanship and unflinching attitude in the face of indescribable shock is an outstanding filmmaking achievement that rarely comes around. 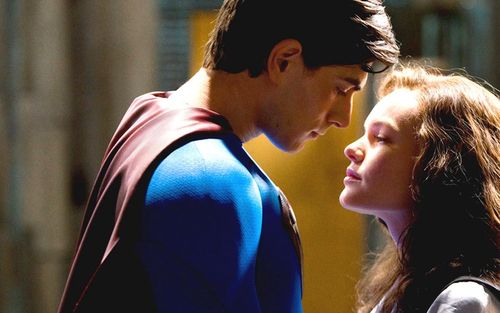 Before the noose is fashioned and the tree picked out, allow me to explain myself. In an era of reboots, reimagining, and do-overs, “Superman Returns” was hypnotically reverent to a specific era of Superman storytelling: Richard Donner’s 1978 classic superhero origin tale. “Superman Returns” was a dazzling experiment, attempting to drill into nostalgia and bygone romanticism to offer the cape-n-tights genre a warm blast of blockbuster heroics. It was never a film for comic book purists or toothpick counters, but more of a determined time machine for vulnerable matinee junkies, successfully bridging the gap between today’s glossy filmmaking tools and the emotional sincerity of the original film. I’ll admit, “Superman Returns” confused a lot of people upon release, which is one of the great disappointments of my moviegoing life. When I view this film, I see director Bryan Singer aching to reignite a pure silver screen life force that was snuffed out by a succession of lousy sequels, reveling in Donner’s world, while planting his own creative seeds along the way. His effort was intimate, perceptive, and pure Superman spectacle when it needed to be. To me, this movie is Christmas morning. 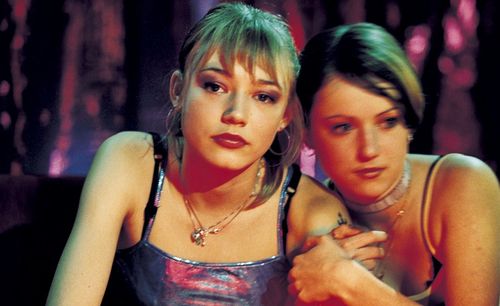 A harrowing depiction of the human trafficking trade in Europe and Russia, “Lilya 4-Ever” should be required viewing for teenagers everywhere. While several feature films and television endeavors have reached out to spotlight this nightmarish violation of trust and innocence, director Lukas Moodysson placed the audience into the traumatized shoes of the lead character, making the viewer feel every last wallop of sexual invasion and cruelty. A harsh dramatic brew, “Lilya 4-Ever” is a monumental, abrasive document of a young life flushed down the drain; it’s an exceptional, deafening humanitarian alarm that will continue to overwhelm and outrage for years to come. 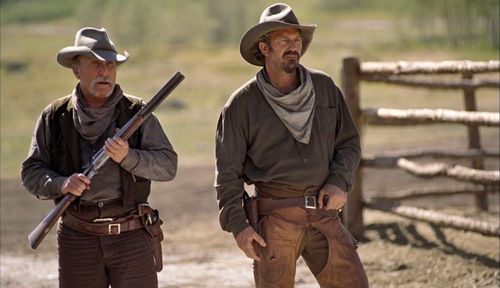 Some say the western slipped back into a coma after the release of Clint Eastwood’s 1992 masterpiece, “Unforgiven.” “Open Range” proved there was still some shine left on the spurs, some snap in the chaps. Building a brooding, patient oater with valuable Oscar-gold lessons he gathered on the picturesque prairies of “Dances with Wolves,” director/star Kevin Costner respected the tenets of the six-gun genre, staging a calm, naturalistic tale of intimidation and friendship that slowly boiled into a booming, extended climatic shoot-out -- an austere resolution I’d put up there as the most rewarding of the decade. It’s classically told tale of cowboys and territories, yet “Open Range” is handed a stunning period scope by Costner’s directorial eye, while forming an unexpectedly tender core to help endear these character past their grizzled exterior. Some say “Shaun of the Dead” will be the film to forever define the screen achievements of Edgar Wright, Simon Pegg, and Nick Frost. I lean toward “Hot Fuzz” as their ultimate screen statement. While it lacks a certain flick of the geek tongue, this restless send-up of ‘90’s action barnstormers is a blazingly confident comedic machine, boasting intricate stunt sequences that not only gracefully lampoon, but charge up the senses as well. The script also tenders a few unexpected left hooks as a robust murder mystery, revealing riveting layers and pockets of characterization typically overlooked by such explodin’ silliness. A rousing piss-take on some of the most gratuitous and semi-brilliant bullet bonanzas of yesteryear, “Hot Fuzz” pulls off a cinematic miracle by working both as an extended satire and as a flawless action vehicle for the unlikeliest of action stars.

Bless you for reminding me how much I loved these movies. You're going up to Part 100 with these right? I kind of never want these to end...can I be your stalker? Do you have one yet?