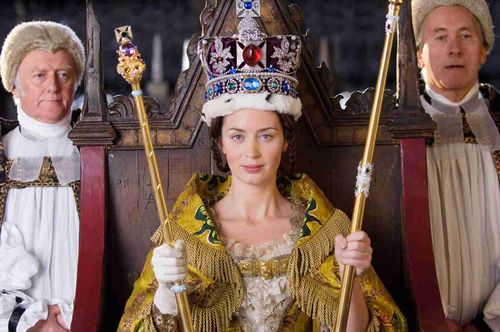 Raised as the only available heir to the English throne, Victoria (Emily Blunt) has been pestered for years by her extended family to sign away her powers, including dastardly Sir John Conroy (Mark Strong). On her 18th birthday, Victoria is crowned queen, taking command with little in the way of worldly experience. To her aid comes the manipulative William Lamb (Paul Bettany) and to her heart comes Prince Albert (Rupert Friend), a young man sent to charm Victoria for political gain, only to find genuine love. Hoping to make her own mark, Victoria is instead pushed around by the men in her life, stymieing her grand plans to rule on her own terms.

“Young Victoria” is actually two movies in one, starting off as a portrait of a teenager who comes to terms with the responsibilities of her budding power. The film depicts Victoria as a curious, playful soul smothered by the paranoid precautions of her elders. Being the sole future of English royalty, it’s a significant chain of awareness placed around the young girl’s neck as she attempts to develop her own opinion on matters of the country, while those around her desire nothing more than her decoration, not her estimation. The strain of this uncomfortable war of manipulation creates an unusually compelling tension for the first half of the picture, highlighting the boundless will of an anxious girl staring down a future that has little use for her. 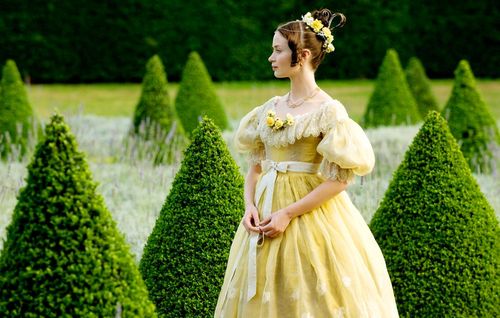 Also percolating within the film’s early going is the tender romance between Victoria and Albert. Nurtured through flirtatious correspondence and longing, the relationship reveals surprising heat for a tea-n-rumor event, sweetly performed by Blunt and Friend, who work the excruciating moments of distance well, helped along by the soft touch of director Jean-Marc Vallee, who wonderfully tends to the material’s warmth before riding off into colder matters of power.

Politics arrive in the second half, breathless but ready for duty, as Victoria is crowned and immediately put to the test as queen. Showing some hesitation with stone-faced displays of palace operation, Vallee is forced to portray Victoria’s developing pimp hand as queen. Again, Blunt is strong here, along with a skilled supporting cast, but the film deflates the further it walks away from Victoria’s tentative steps toward control, becoming repetitive and lost. Vallee does get the film back on track later in the story with a few domestic irritants for Victoria and Albert, which is where the heart of the period piece feels most comfortable. The history books lavish attention on Victoria’s political machinations, but “The Young Victoria” is at its finest when sensitive to her worry and accelerated maturity. 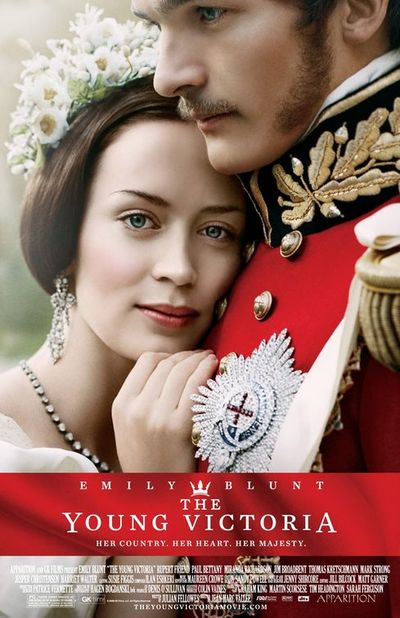