A beloved film director with a reputation for masterful cinema and flagrant womanizing, Guido Contini (Daniel Day-Lewis) is trapped in hell, unable to dream up a screenplay for his latest opus. With sets built, costumes prepared, and a leading lady (Nicole Kidman) signed on, Guido freaks, holing up in a hotel while painful images of his life flash before his eyes. Pinning his problems to the women of his universe, Guido confronts his devilish behavior, facing a future without his wife (Marion Cotillard). With only his trusted costume designer (Judi Dench) to confide in, Guido is torn by guilt and a crippling creative block, desperate to come to peace with his callous ways. 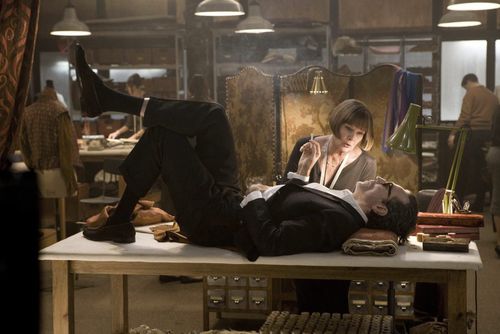 With “Chicago,” director Rob Marshall enjoyed a robust setting of pure Americana, boosted by a healthy, full-throated serving of memorable tunes to bat around, reimagining a classic musical for the screen. “Nine” isn’t as kind or as fortunate. Pushing a wheelbarrow of dramatic inconsequence up a steep hill, Marshall is facing an impossible task. Not only is “Nine” a ventriloquist dummy version of “8 1/2,” but it suffers from the debilitating case of the blahs. No, scratch that. It’s downright viral with tedium.

It’s tricky to lunge after the original 1982 work from Maury Yeston and Arthur Kopit, since time has spoken clearly here -- audiences around the world have sparked to the material in a sizable fashion; however, the screen version of “Nine” doesn’t capture that same theatrical reverberation of immorality and regret, miniaturizing Guido’s journey from self-loathing to acceptance, removing all the necessary steps of confession. Played with traditional forehead-rubbing commitment from Day-Lewis, Guido is nevertheless a complete enigma from start to finish. Marshall has the director a fidgety, sexually forward man, dressed impeccably and sucking down smokes as if he’s being timed. There are serious mommy issues and marital insecurities at play in his mind, rotting away inside him as he’s faced with a creative block unlike anything he’s encountered before. All this is established minutes into the film, soon abandoned to put on the fashion show. 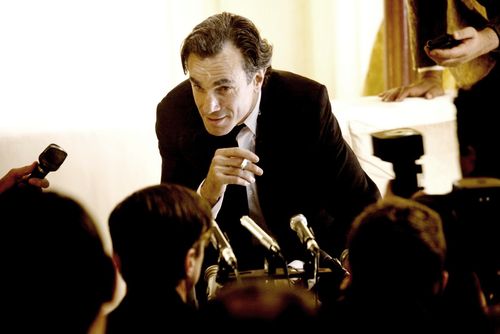 All “Nine” offers is the surface, the cool exterior of Fellini’s Italy, at war with whatever emotional content Marshall is barely paying attention to. The superficiality of the film doesn’t read brazenly intentional, otherwise Day-Lewis wouldn’t be shaking like a leaf at the thought of his marriage crumbling, or begging for his deceased mother’s (Sophia Loren) attention; these are fragments of Guido executed boldly through an impeccable production effort, but dissolve the minute the celluloid hits the projector bulb. “Nine” never gives the viewer Guido as a man of decision and realization, only a greasy, impeccably tailored figure of melodrama; he’s the Elmer’s glue situated to collect all the particles of femininity blowing his way.

The all-star cast is impressive, and serves an obvious function to blind the audience with some marquee sparkle before anyone has a chance to inspect the vapid collection of tragedies assembled here. Having Kate Hudson (as a Vogue reporter), Penelope Cruz (Guido’s number one mistress), Kidman, Cotillard, Loren, and Dench stomping around singing and dancing doesn’t exactly inspire Marshall, who drenches the musical numbers in excessive ornamentation to lend each pit-stop a visual identity. Don’t get me wrong, the vocals are satisfactory (even Day-Lewis hits basic notes), but the songs are DOA, needing some sort of cinematic hyperactivity or eyeglass-fogging sexuality (Ms. Cruz, you are a gift from heaven) to come alive. 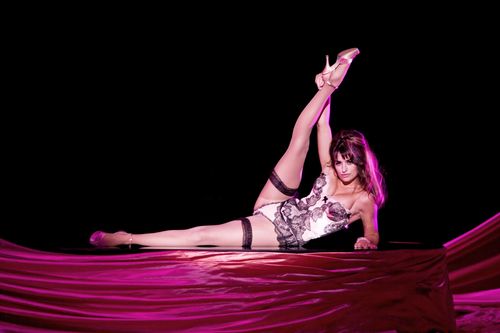 The only number that clicks is “Be Italian,” performed by Fergie, who portrays a beach whore Guido once paid to dance for him and his buddies (I’m sure there’s a maternal subtext in there somewhere). Fergie’s bazooka vocals are an ideal fit for the song, along with her ease with hurricane choreography, here nicely blasted with sand to fiddle with Guido’s rolling subconscious. Additionally, “Be Italian” is the only tune to feature any sort of hook and explosive chorus, making it instantly recognizable and fleetingly energizing.

“Nine” crumbles to the ground in a fit of melodrama long before it ends, making the final bow more of a relief than a poignant curtain drop on a penetrating story of autumnal maturity and creative renaissance. All the heaving bosoms, coy smiles, and Italian fashion fetishism can’t cover for the film’s frightening lack of a soul. 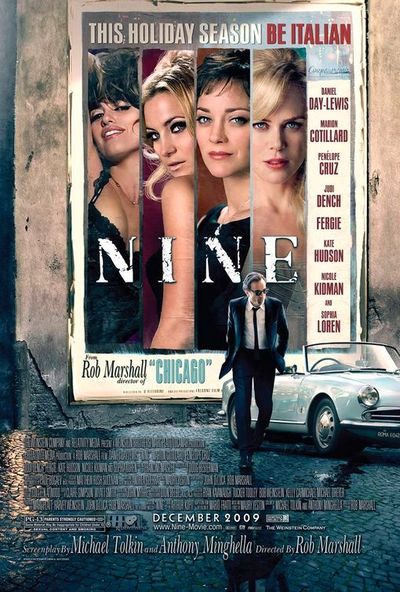 What puzzles me about this film is that despite receiving so many poor reviews, some of them outright seething, it's still seen its way to a Golden Globe Best Picture nomination and is still considered a lock for an Academy Award nomination.

It's currently sitting at 48% on rottentomatoes.com; if that isn't a record low rating for an oscar nominated movie, it's damn close.