Film Review - According to Greta 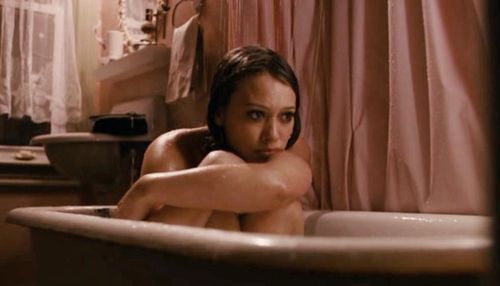 Hilary Duff is endeavoring to stretch as an actress, but I’m not convinced the drama “According to Greta” gets the job done for her. The former tween queen takes the reins on a harsh character that’s exceptionally self-centered, suicidal, and brimming with mall chick wiseacrery -- a definite change of pace for a star desperate to smother her previous bubble gum professional choices. However, “According to Greta” is a melodrama and a labored one at that, entertaining far too much tiresome formula, making the whole enterprise feel like an extended television pilot, or perhaps a fiendish “Georgia Rule” sequel.

Greta (Hilary Duff) is a sass-mouthed, profoundly depressed young woman sent to live with her grandparents, Katherine (Ellen Burstyn) and Joseph (Michael Murphy), in the small New Jersey town of Ocean Grove while her mother works on her umpteenth marriage. A belligerent girl, Greta loathes the living arrangement, trying to pass the time with a part-time job as an irascible waitress, hoping to cap off this brutal coming-of-age summer with a poetic suicide. Instead of doom, Greta starts to learn about herself through tough love from her grandparents, along with a romantic attraction to line cook Julie (Evan Ross, raspy and surprisingly unpleasant).

Hilary Duff as a chirpy badass is a difficult image to swallow. The heavy eyeliner helps, as does the general tough girl stomp she shows off in “According to Greta,” but after all the apple-cheeked roles she’s played, watching Duff attempt to depict a hard-edged, unloved hellion takes some getting used to. She pulls it off in a few of the prime freak out sequences, but it’s ultimately the filmmaking that lets down “According to Greta,” not Duff.

Director Nancy Bardawil is aiming to craft a motion picture that matches the volatile, crudely written diary kept by Greta -- a tonal Grand Canyon jump that needs far more nutrition than the flashes of scribbled animation and intrusive indie soundtrack is able to provide. As Greta checks off events on a to-do list of accomplishments she’s working on for the summer (e.g. learn languages, lose virginity), Bardawil botches the juggling game, crudely leading the character through the hoariest of dramatic clichés to make a lasting point of teen deliverance. The predictability of it all isn’t the problem, it’s the way Bardawil refuses to challenge the material beyond pedestrian ideas. She refuses to hunt for any possible way to subvert the norm and impart “According to Greta” with a riveting cinematic personality.

Daddy issues, senior citizen medical happenstance, and relationship woes fill in the third act of “According to Greta,” putting further unnecessary weight on the production. I wanted to embrace the film as an opportunity for Duff to continue distancing herself away from her Disney roots, but the writing is terrible, the direction blind, and the supporting cast either tuned out or overwhelmed from the get-go. “According to Greta” misfires when it should’ve soared, and while Hilary Duff gives the role a forceful middle-finger twinkle, it’s wasted on unsophisticated ABC Family leftovers. 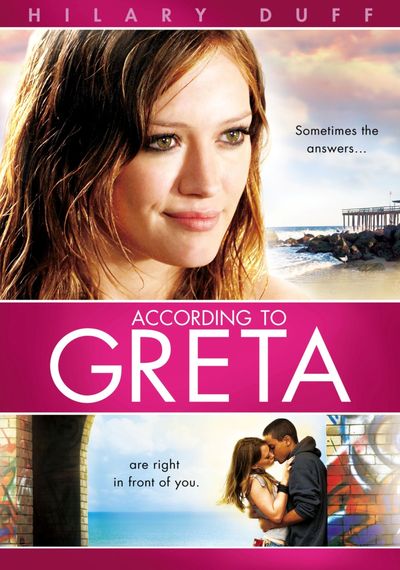 I haven't seen this movie, but I have to disagree with Shadib above. There are a ton of great indie movies out there, and this may not be one of them. I think Brian did a good job of pointing out Duff's strengths in this movie, but if the movie let her down, it has to be said. Use the same ruler to measure all things.

And your comparison is "Wanted"? Really? Is that your gold standard?

The job of a critic is to critique. If a movie's not good it's okay to say that! I would challenge you to find any indie director that agrees movies that are produced on the cheap are "meant to have flaws." Why would these people be making movies that they think suck in some way?

Go back and review that logic model and get back to me.

This movie was so good – I think Hilary Duff can use it as a springboard to launch into more mature roles. She never over-acted, which I think a lot of young actors tend to do whenever they start playing more serious characters. Kudos to her. Ellen Burstyn was terrific as the grandma, too. I hope people give it a fair chance because I don't think the previews accurately captured how good it was.

I also really love the song “I Wanna Die” by Jolie Holland and I was so happy to hear it during the opening credits…what a great mood-setter.

I caught this film recently while idly browsing the BBC iPlayer web site - and wow, am I glad I did! Upon first viewing I was very pleasantly surprised. In truth I wasn't expecting too much, and yet as the final credits rolled a wave of positive emotion washed over me.

While I wouldn't declare this to be a truly excellent film, it would certainly rank highly on my list for this particular film genre. Hilary Duff was unknown to me, but her performance here piqued my curiosity such that I instantly went off in search of her filmography to see what else I may have missed. As it turns out, and to my dismay, maybe not all that much. Based on Amazon and IMDB reviews I decided to rent two films - 'Raise Your Voice' and 'A Cinderella Story'. Oh dear! I could easily have stopped watching within the first 20 minutes of each film, but I sat through them in their entirety hoping for a shred of redemption which never came. All that resulted from watching these two films was a longing to revisit 'According to Greta' to see if I'd been wrong in my estimation the first time round.

Now, having watched this for the second time, it's every bit as good as, if not better than, before. Duff's acting has matured to the extent that she bears little to no resemblance of her earlier self. It almost makes me question why on earth she would get involved in such meaningless pap (i.e. RYV and ACS) when she is capable of bringing Greta to life. Far be it from me to overplay her abilities, but AtG is on a far higher plane than RYV or ACS could ever aspire to. If this is anything to go by, then clearly her earlier films were intended for a very different audience. Hilary, whatever you do please don't go back to the trite Disneyesque format of yesteryear.

Aside from Duff's very credible performance as Greta, there are two other actors who turn out solid performances here: Ellen Burstyn (as always) and Evan Ross. As Indie films go, this is well worth repeat viewings. The bleak subject matter at its core is ultimately transformed into a poem of familial bonding and hope. The film's Indie style carries this theme very well, I believe.

I would thoroughly recommend this film, especially to anyone who may have been put off by an earlier Hilary Duff film. This knocks spots off her earlier work, with good film-making and a strong (if minimal) supporting cast.

@Brian O - I don't think I have ever disagreed more with a film review as I do with yours. The negativity you display suggests that you are paid to formulate overly strong opinions on films' themes, characters, plot etc. in order to justify the review itself. Sorry Brian but, despite reviews being largely subjective, I believe yours is ill-informed and bears little resemblance to the film I watched. While it may (or possibly not) have achieved the desired quota of site visits, it does little for your credibility as a film reviewer.

@Scott - to begin your post with the words "I haven't seen this movie, but..." and then proceed to fawn over Brian O’s review was one of the most risible comments I've read for a long time. Everything that followed was simply rendered irrelevant by such a vacuous remark. I'm speechless.