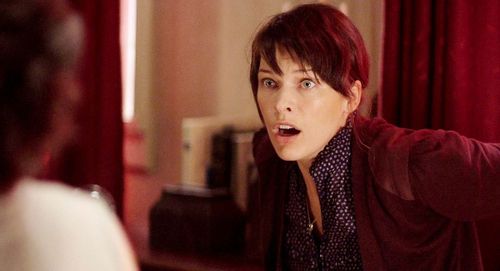 “The Fourth Kind” is being sold to the public on the wings of a gimmick. This is not a first for Hollywood, joining the likes of “White Noise” and “The Haunting in Connecticut,” which used marketing angles based upon the suggestion of truth to sell an exhaustively fictional multiplex event. However, “Fourth Kind” is far more aggressive, flat-out daring the audience to believe this alien abduction tale. It’s the kind of chutzpah that all but promises a scintillating, skin-crawling motion picture, but “The Fourth Kind” is actually quite stunningly ineffective for all the hot air it generates.

Please bear with me here, as the concept is a little convoluted. “Fourth Kind” posits the idea that director Olatunde Osunsami is assembling footage to investigate the strange case of Psychiatrist Abigail Tyler, who, while living in Nome, Alaska, was witness to alien visitations through her patients. Using video footage that documented the alien possessions and assorted otherworldly happenings, Osunsami fills in the gaps of the proof through a dramatic recreation shot with actress Milla Jovovich as Abigail. Blending the “real” and the Hollywood, “Kind” seeks to develop a thorough portrait of mysterious Nome incidents, presenting evidence of a horrific alien event that places the burden of belief on you, the viewer.

As passionate a hoax as it may be, “Fourth Kind” is still a hoax. Even if the whole story turned out to be horrifying fact, I still wouldn’t believe it. Thanks to Osunsami’s limited assets as a filmmaker, “Fourth Kind” is a dreary, uneventful ride that fails to conjure a convincing argument for authenticity.

The mix of video and film is clever enough to lend “Fourth Kind” an arresting identity. The film is eager to play mind games with the audience, selling Abigail’s torment through interview footage of the shattered woman as she recounts her ordeal to Osunsami. Trouble is, reality just can’t be manufactured, and it’s difficult to believe anything the film is pushing due to the irritating artificiality of the performances. Had the film stayed in glossy recreation mode, it might’ve encouraged a deeper sense of fear and mystery. 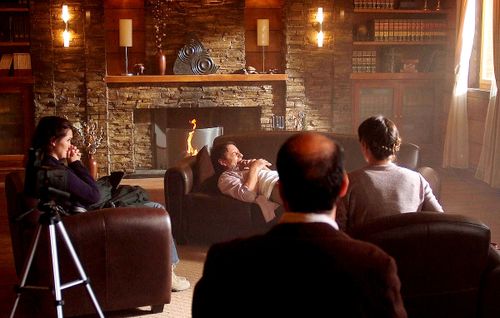 Furiously juggling videotape documentation with film overwhelms Osunsami’s skill level, as the director attempts to tighten the vise through painfully clichéd filmmaking moves, the most torturous one being a ridiculous usage of jittery handheld camerawork to suggest intensity. There’s also a bizarre attempt to keep the film’s employment of split screen lively by moving the divider back and forth, manufacturing energy where the film has none.

As for this collection of hard evidence, it’s also a bit of a cheat. The video sequences are appropriately hollow and atmospheric, yet the electromagnetic energy of the alien presence just happens to fuzz out the money shots. Osunsami relies on transcription of Sumerian language outbursts and volume shocks to help cook the tension, and it results in a few stunning moments of visitation, but nothing that’s able to sustain an entire feature film or win over mounting doubt. The rest of the picture is ineffective suspense brought on by vicious overacting (Will Patton as the skeptical sheriff is particularly grating) and a tepid story that doesn’t develop beyond VHS parlor tricks.

For the “Fourth Kind” to work as intended, it simply must convince the audience that the camcorder footage is authentic. I never felt comfortable believing Abigail, and most of the picture comes across as an amateurish prank created by someone itching to be clever, without the aptitude to accurately sell a complex hoax to the viewing audience. Attempting shock value and extraterrestrial disturbance to generate a cult smash, “The Fourth Kind” will likely tire audiences before it ever has a chance to swindle them. 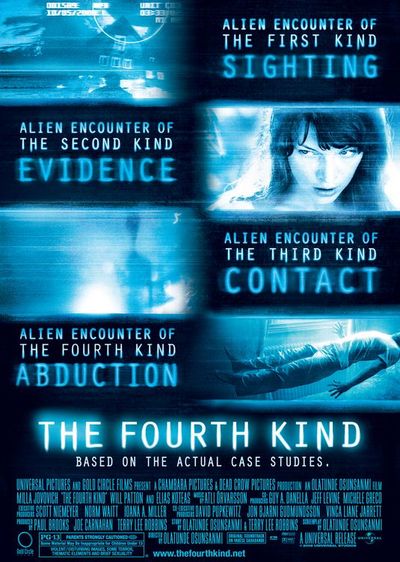