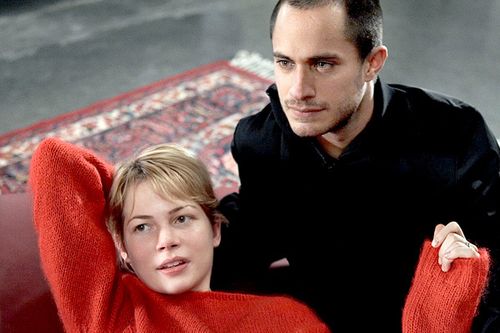 “Mammoth” marks director Lukas Moodysson’s return to secure dramatic ground. Riding off into a black hole of surrealism and shock value with 2004’s “A Hole in My Heart,” “Mammoth” encourages Moodysson’s human curiosity to come out and play once again, this time exploring the unity of life on Earth. Perhaps too esoteric for its own good, “Mammoth” features sensational moments of reaction and deliberation communicated by a gifted cast, building a few symbolic global bridges, more appreciable for their design than their destination.

In New York, Ellen (Michelle Williams), an emergency room surgeon, and Leo (Gael Garcia Bernal), a gaming tycoon, have a 7-year-old daughter, Jackie (Sophie Nyweide). Dealing with hectic lives, Jackie is placed in the care of her Filipino nanny, Gloria (Marief Necesito), here in America to raise money to build a home in the Philippines for her family, including confused boy, Salvador (Jan David G. Nicdao). As Gloria and Jackie bond, it leaves Ellen in state of despair, paralyzed by the numbness she feels after an average day in the operating room. Off on a business trip to Bangkok, Leo is eager for adventure, settling on an island paradise locale, soon tempted by Cookie (Run Srinikornchot), a sultry prostitute who awakens Leo’s sense of Western shame.

Perhaps the futility of “Mammoth” is the element that will position it for immediate dismissal. An aimless story of universal connection, the picture is better approached as expressive experience over an overtly dramatic one. Moodysson likes to gather the jagged nuggets of interpersonal communication, showing how we laugh, love, and lie to each other to protect family and swallow guilt. The title comes from a specific perversion of nature and prosperity, where Leo is offered a pen adorned with mammoth ivory, kick-starting the gaming wizard’s spiritual challenges in Bangkok, where he feels tremendous discomfort with his wealth, especially around Cookie and his projection of third world struggle upon her.

Ellen’s depressive slog as she works through daily medical trauma, only to come home to either an empty apartment or a disinterested child, provides the film’s strongest pull of concern. It’s a fear of abandonment well articulated by Williams, watching her loved ones attend to their business, leaving the doctor with only her patients to emotionally connect with, grasping at meaning while staring in the face of death. Williams wrenches wonderfully, gifted the film’s most powerful scenes as Ellen passive-aggressively pulls Jackie away from Gloria, only to relent when her unreasonable cultural shame kicks in.

“Mammoth” takes the viewer through a swarm of troubling sequences (Salvador’s fate as a boy in need of quick cash is quite disturbing), but the film never climbs a distinct pyramid of resolution. It’s like a Guillermo Arriaga script without the neat figure eight of fate, instead staying liquid with the moment, studying the torment of poor decisions. “Mammoth” holds a special power in those tight spaces of reaction, and while it doesn’t provide a devastating kick to the gut as a great drama should, it keeps Moodysson, an exceptional filmmaker, away from suffocating pretension, urging him back to matters of the heart. 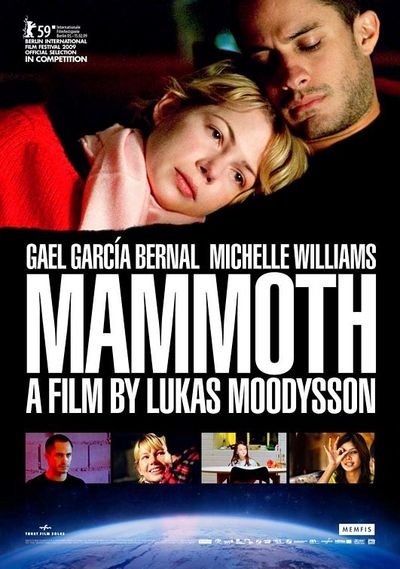